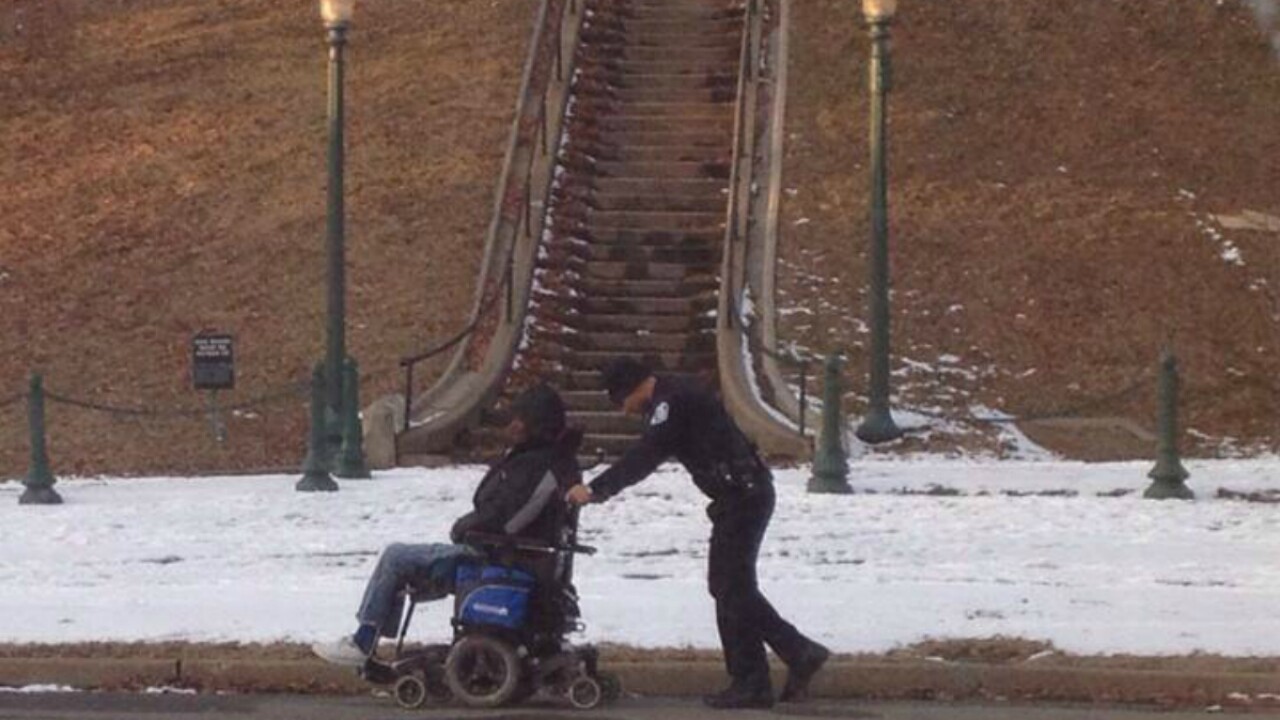 A photo of Richmond Police Officer Jordan Clark helping a man whose wheelchair battery died is earning the officer praise on social media.

“These are the stories that should be on the evening news!” Eric Vincent Williams posted on Facebook.

“Wow. Now that’s an officer doing a good job. He has a heart!” Sandra Pleasants added.

The photo was tweeted to Richmond Police on Saturday.

Here’s the story behind the photo, according to Richmond Police.

“Officer Clark responded and pushed the man for three blocks to 25th and Broad streets, where he had coordinated with GRTC to get the man picked up,” Richmond Police posted on Facebook. “He then helped the man get on the bus and then followed the bus to the man’s home near 21st and Q streets.”

“What an incredibly kind thing for him to do,” police posted about Officer Clark’s action.