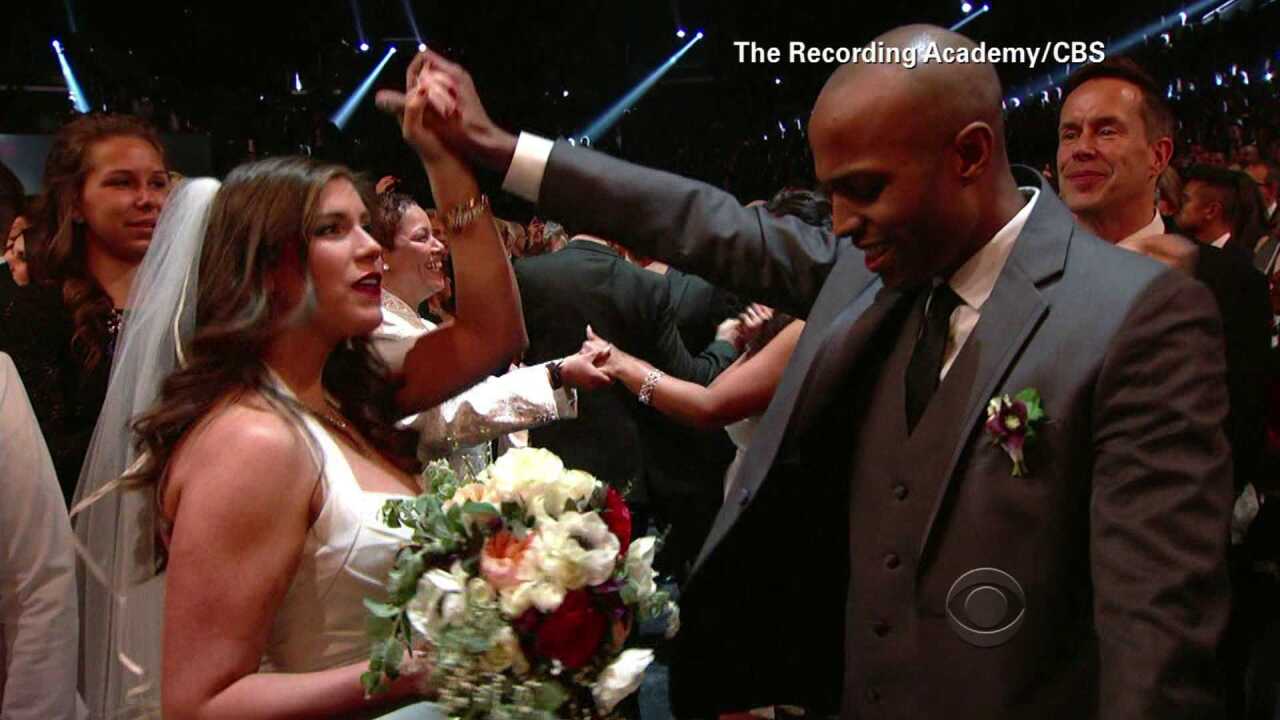 33 couples, straight and same-sex, were married at the 56th Annual Grammy award.

Macklemore & Lewis' "Same Love," a song written in support of same-sex marriage, was performed on a set resembling a church. Macklemore's rap was followed by a mass wedding featuring 33 couples taking the stage of Los Angeles' Staples Center.

Queen Latifah officiated, and Madonna served as maid of honor, following Latifah's exhortions with "Open Your Heart." The crowd roared its approval as the couples made their way back up the aisle.

Queen Latifah officiated the nuptials, saying, "Do you each declare that you take each other as spouses?"

She is not an ordained minister. She was only deputized for that day, her marriage officiating powers expired at midnight Sunday.

The performance was kept secret from the general public because officials wanted it to be a surprise, according to the New York Times.  The original idea was pitched last fall when Grammy producer Ken Ehrlich spoke with Macklemore and Lewis about the project.

The group agreed and a casting director was hired to gather couples. The chosen couples signed contracts and were forbidden from telling anyone of the ceremony. There were multiple rehearsals.

"To walk in just before the ceremony and be surrounded by just the audience member, celebrities, big names in music and everyone wishing us congratulations. Seeing everyone in such an emotional state was just very touching," a couple said to CNN.

CNN's Alan Duke was backstage at the Grammys, and he heard Queen Latifah say, of the Grammy Awards weddings, "This was very special...this is not about TV and ratings." 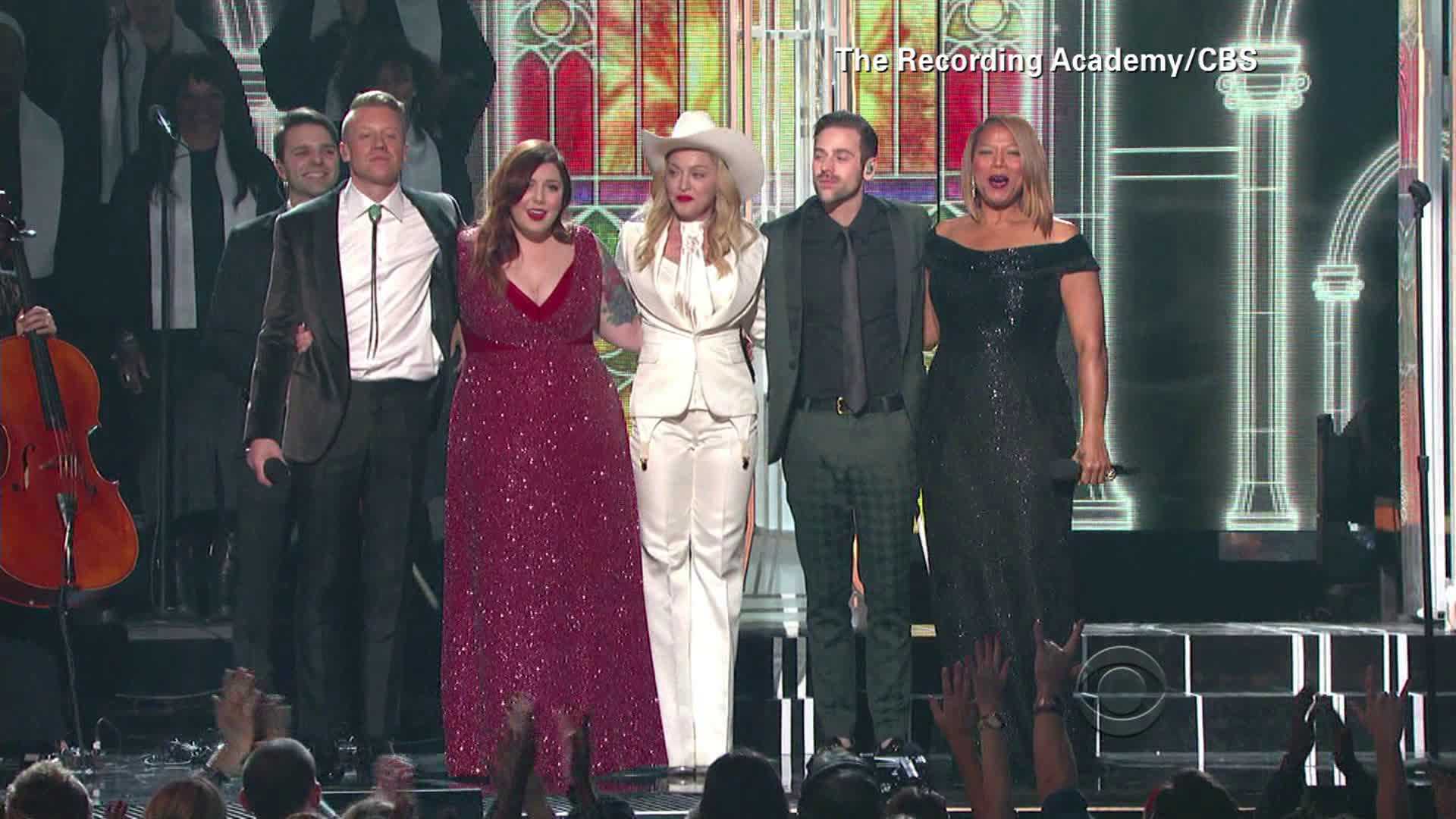 Here's what some of the celebrities and fans had to say about the event on Twitter:

Seriously! Tonight for me was about all about the Loving Couples! Thank You for allowing me to be part of your Special Moment! Love!

Anyone else want to get married. I'm Empowered for 2 more hours!!!!

I will pay premium rates for Thee Queen Latifah to perform my marriage ceremony.

***reporting from CNN/CBS contributed to this report***