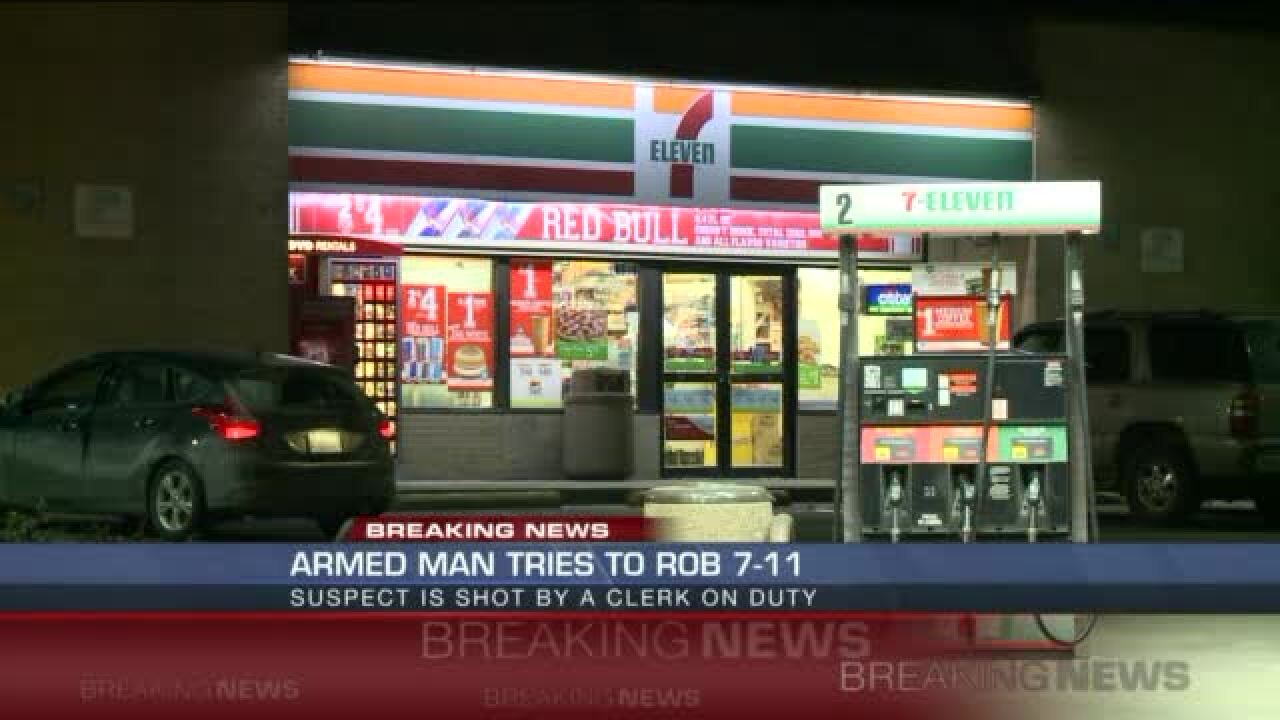 The suspect, a 36-year-old black male, entered the 7-Eleven located in the 1300 block of Jeff Davis Highway just after 11 p.m.

According to Richmond police, Robert Lee Brown Jr. was armed with a pellet gun when he demanded money from the cashier.

Brown was then grabbed suddenly by another clerk and during a brief struggle in which he bit the clerk on his left arm, the other clerk shot the suspect with a handgun.

Police sources said the clerk knew the suspect from being a regular customer and thought at first that he was joking.

It's unclear at this time how many customers were in the store at the time of the incident.

Retired police captain Steve Neal says that customers in the store at the time of the incident should be alert and get out of the situation as soon as possible.

Neal also said that even though despite the robber only had a pellet gun, any weapon should be taken seriously.

"So if I'm on the wrong side of that weapon.  I'm going to take that seriously until I know otherwise," Neal said. "Anyone that attacks you is sending a pretty clear message that their thinking is not right at the time."

Police said the suspect ran away empty-handed, but was apprehended soon after.

The gun shot ended up only being a graze wound. Brown was taken to VCU Medical Center with non-life-threatening injuries.

Police said Brown was charged with attempted robbery, use of a firearm and malicious wounding.