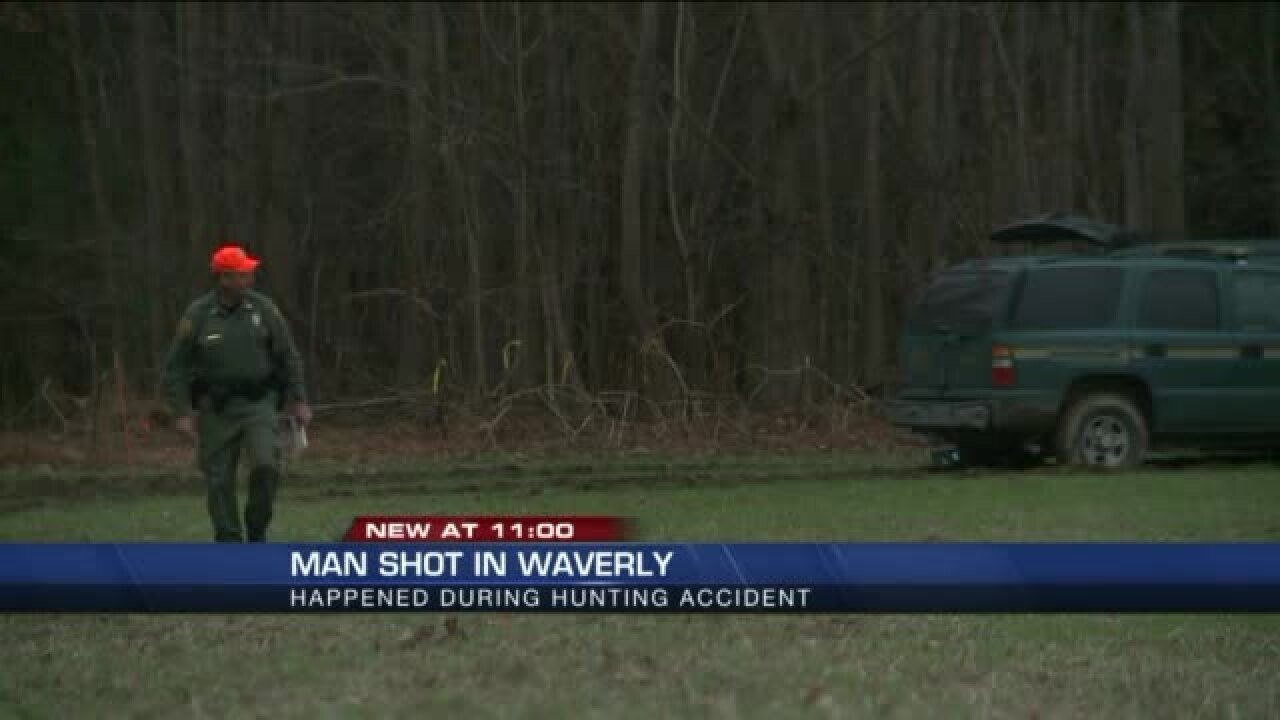 SUSSEX COUNTY, Va. (WTVR) -- A member of a hunt club who was shot in the head Monday has died in the hospital.

The Department of Game and Inland Fisheries said that 61-year-old Thomas Michael Harris of Disputanta was pronounced dead at 10:40 a.m. at VCU Medical Center.

Officials said Harris was shot between Waverly and Wakefield on a 40-acre plot of land that a hunt club frequently uses dogs to scare deer out of the dense brush.

Soon after, in that open field in Sussex County, close to train tracks, Game and Inland Fisheries conservation police were called to the scene of the accidental shooting.

"I heard sirens and diesel trucks going to what we call the back 40,” said Bernard Jones, whose property is next to the one used by hunters Monday.

Investigators said Harris was shot in the head during what's called, "running the dogs," a hunting method where dogs are released to chase deer out of dense brush.

"A group of men conducting an organized hunt on the property were running deer with chasing dogs,” said Sgt. Tim Worrell.  “Another hunter was shot."

Game and Inland Fisheries said that 19 hunting accidents have been reported statewide since the beginning of hunting season in September.

In eight of those, hunters were shot accidentally.

Worrell said that is why precautions need to be taken.  "Make sure you wear blaze orange: it's the law,” Worrell said.  “Communicate with other hunters and know where you are shooting prior to pulling the trigger."

Police were back on the scene Tuesday locating a shot path and recreating the scene.

"I don't know him personally, but anytime there's a tragic incident , you feel bad,” said Jones.  He says he allows hunting on his property as well, but it comes with strict conditions.

"We rent hunting rights out to a club,” he said.  “We make sure they carry insurance for unfortunate accidents and ask them to be courteous."

Officials said the incident is under investigation and charges, if and when, will be determined at a later date.