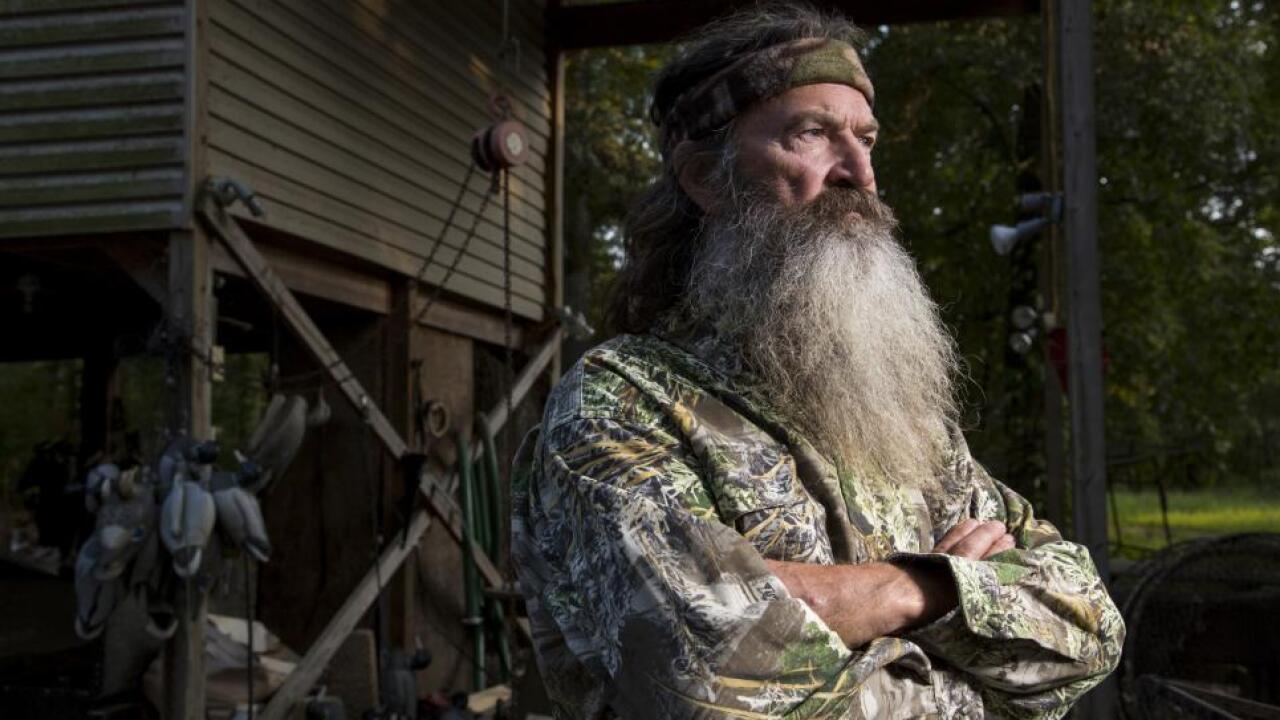 Phil Robertson is the patriarch of the Robertson family as seen in A&E’s “Duck Dynasty.”

(CNN) — Little more than a week after it suspended “Duck Dynasty” star Phil Robertson for incendiary remarks about homosexuality, the cable channel A&E said Friday that it would include him in future tapings of the reality television show, effectively lifting the suspension amid a flurry of petitions in support of Robertson.

“After discussions with the Robertson family, as well as consulting with numerous advocacy groups, A&E has decided to resume filming Duck Dynasty later this spring with the entire Robertson family,” the channel said in a statement.

In an apparent gesture to the advocacy groups, A&E said that it would “also use this moment” to broadcast public service announcements “promoting unity, tolerance and acceptance among all people.”

The announcement came nine days after A&E originally suspended Robertson. At the time the channel said it was taking an appropriate and necessary action in response to Robertson’s remarks to a GQ magazine interviewer.

Below is an excerpt from the A&E statement to The Hollywood Reporter:

While Phil’s comments made in the interview reflect his personal views based on his own beliefs, and his own personal journey, he and his family have publicly stated they regret the “coarse language” he used and the mis-interpretation of his core beliefs based only on the article. He also made it clear he would “never incite or encourage hate.” We at A+E Networks expressed our disappointment with his statements in the article, and reiterate that they are not views we hold.

But Duck Dynasty is not a show about one man’s views. It resonates with a large audience because it is a show about family… a family that America has come to love. As you might have seen in many episodes, they come together to reflect and pray for unity, tolerance and forgiveness. These are three values that we at A+E Networks also feel strongly about.

For A&E’s full statement on Robertson, head over to THR.