Bids for George Zimmerman artwork near $100,000 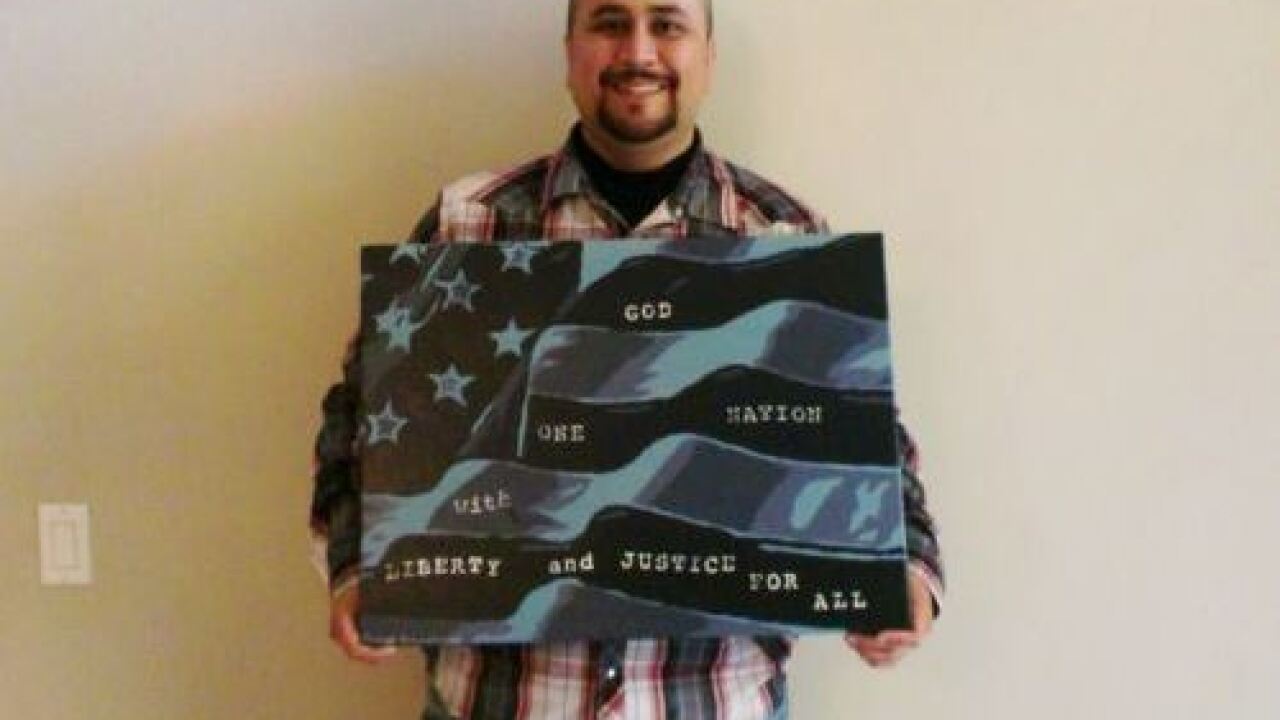 (CNN) — George Zimmerman can now add “painter” to his resume after the former neighborhood watchman purportedly listed an original painting on eBay.

The 18-by-24-inch canvas features a blue, waving American flag with the words, “God, one nation, with liberty and justice for all” emblazoned across it.

The auction was posted Monday at a starting bid of 99 cents and is scheduled to end Saturday. As of Tuesday morning, 98 bids were logged for the painting, ratcheting the price up to $99,966. The next bid would top $100,000.

“Everyone has been asking what I have been doing with myself. I found a creative, way to express myself, my emotions and the symbols that represent my experiences,” the item description reads. “My art work allows me to reflect, providing a therapeutic outlet and allows me to remain indoors.”

Zimmerman appears to respond directly to questions sent about the item.

“Just wanted to tell you we all love you and stand behind you. You have so many people on your side I hope you know that!” a commenter wrote on the eBay page.

“Thank you so much for the words of kindness and support,” reads the answer. “I do know how many great Americans are still here, I run into at least 3-5 a day that go out of their way to tell me the same. Your Friend, GZ.”

Later Tuesday, additional photos were added to the auction, including one of a grinning, flannel-clad George Zimmerman holding the painting.

The listing states the piece will be sent via expedited shipping from Sanford, Florida. No returns or exchanges are allowed, it says.

One individual appears to have retracted a bid of $99,666 on Monday.

Zimmerman has been in and out of the spotlight since his July acquittal in the fatal shooting of 17-year-old Trayvon Martin in 2012.

Last week, Florida prosecutors said they would not charge Zimmerman after a domestic dispute with his girlfriend in November resulted in his arrest. Previously, he was stopped several times for speeding.

Zimmerman told a judge last month he had $150 to his name and was $2.5 million in debt.