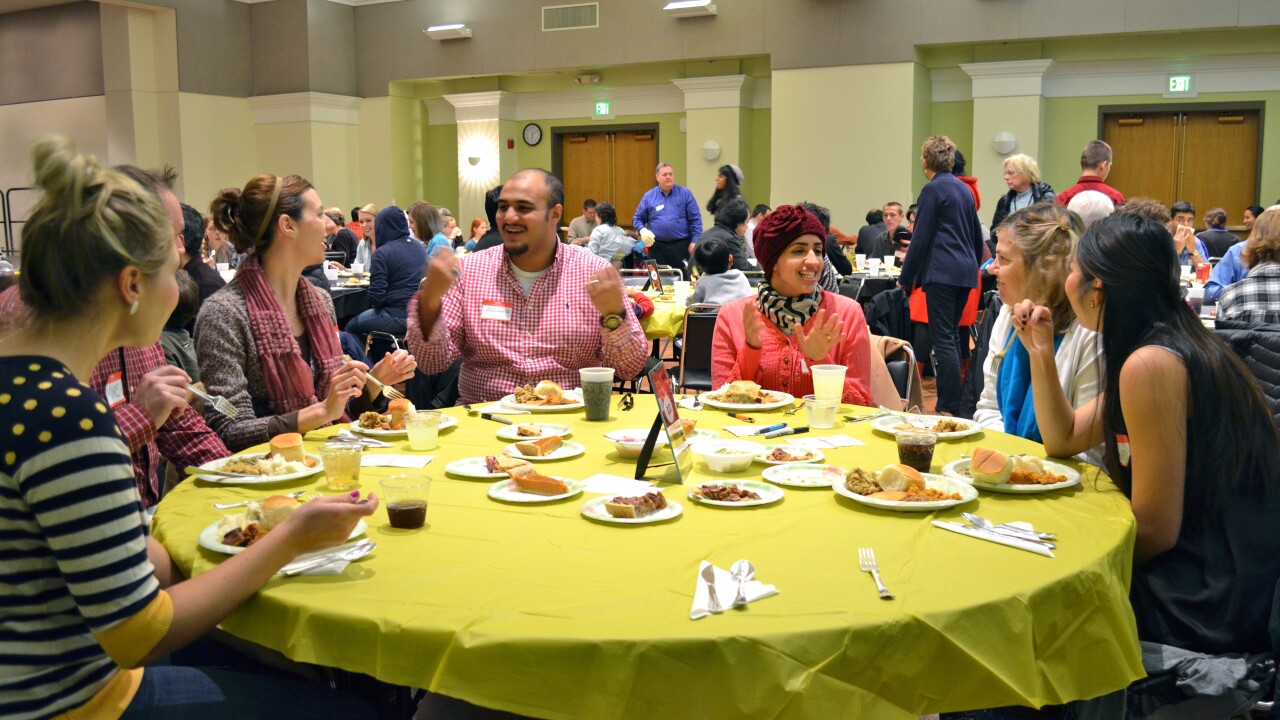 Around 200 guests came for the Thanksgiving dinner at VCU on Thursday.

RICHMOND, Va. (WTVR.com) – As Americans prepare turkeys for their Thanksgiving dinners, hundreds of international students at VCU will have their first chance of celebrating this American holiday, which many of them only know from the movies.

Mike Robertson, who helped to coordinate the event for around 200 people, said the dinner is simply a way to treat foreigners with the respect they treat visitors in their home countries.

“If you’ve ever been to another country, you felt the welcome they gave you there,” said Robertson. “You see foreigners in this country and you kind of want to be able to do that same thing for them, show them the love that they have here.” 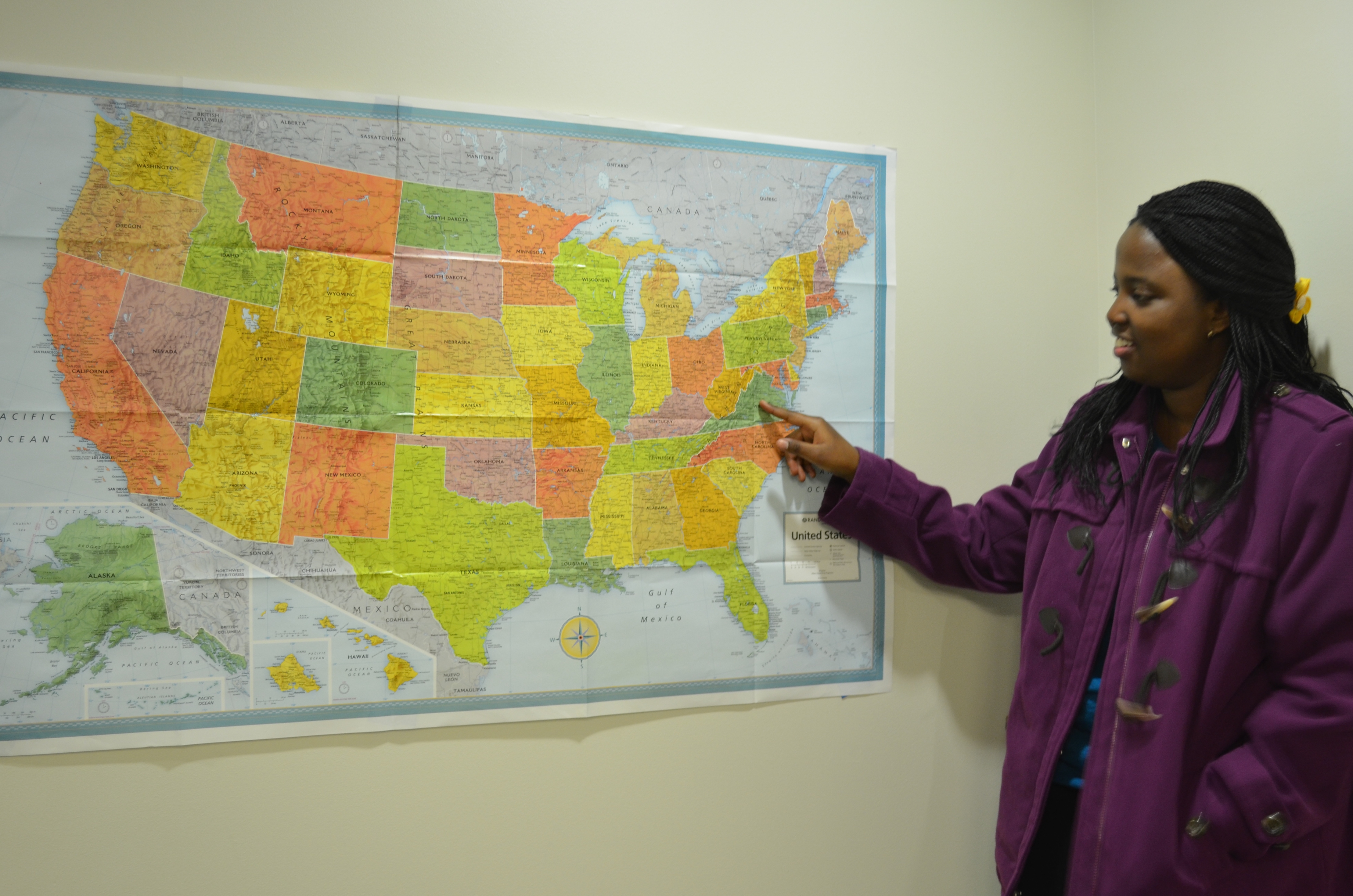 Joselio Chalas, a VCU international student from the Dominican Republic, explained that Thanksgiving in his home country is a day dedicated to his Christian religion.

“Thanksgiving Day to us is for giving thanks to God,” said Chalas. “We get together, we pray and it is his day.”

While Chalas came to the U.S. this August, it is not his first experience here. In 2009, he volunteered for the United Nations and visited New York for two weeks. At VCU, he is studying political science and business and he plans to become a lawyer back home.

Thursday will be Chalas’ first Thanksgiving celebration in the U.S. He will join a host family for dinner through a program with VCU’s Global Education Office.

“They’re going to come here, pick me up, and we’re going to have dinner in their house,” said Chalas, who believes that celebrating American holidays like Thanksgiving is crucial to learning new things. In his country every new encounter marks a learning experience.

“Everyone for me is a teacher. I’m learning something from everyone in each moment in life,” said Chalas.

Jethrine Mugumya, who is from Uganda and studies chemical and life science engineering at VCU, said that what she knows about Thanksgiving comes from what she has seen in movies.

“I know there’s a turkey and pumpkin,” said Mugumya.

For the international student, being away from family and friends is not easy. Mugumya will celebrate Thanksgiving with a fellow church member’s family, who invited her when it heard that she had never celebrated the American holiday before. So far, Mugumya’s only fear is not being hungry enough when she arrives at the dinner.

“It’s my first time, so hopefully I’ll know what to do when I get there,” she said.

Being able to enjoy an American tradition is a way for Mugumya to learn new things outside of the classroom.

“When I came to the United States I wanted to learn all the cultural events that happen here. Thanksgiving is one of them, so I’m looking forward to learn what happens there and get to know the different foods apart from turkey and pumpkin,” said Mugumya.

She stressed how important it is to her to take on new traditions, especially while studying in a foreign country.

“It helps us relate to people better. It opens your mind, because if you reject that and don’t celebrate others’ cultures, you don’t grow as a person,” said Mugumya.

While Chalas and Mugumya will be spending the holiday with new friends, Kyeongoh Kim from South Korea is looking forward to a reunion with an old friend.

“I served in the United States army as a translator to soldiers,” said Kim, who studies international business at VCU. It was during that time with the military that he met an army chaplain and later became close friends with him and his family.

“This year we contacted each other through Facebook, and I’m going to his house in North Carolina,” said Kim. “I’m going to enjoy my Thanksgiving holiday in his house.”

Although Kim was already an exchange student in California in 2011, it is his first time celebrating Thanksgiving in the U.S. In South Korea, Kim enjoyed celebrating an equivalent to Thanksgiving called Chuseok. It is a three-day harvest festival in September. Kim said it’s similar to America’s Thanksgiving in that everyone gathers in one place.

“For me I think this is kind of like a special holiday that America has, and then this is also the culture I can enjoy only in America — not in Europe, not in Korea,” said Kim. “So I think it’s really special for me to enjoy the holidays.”

By Sam Haywood and Niki Farahmand (Special to WTVR.com)