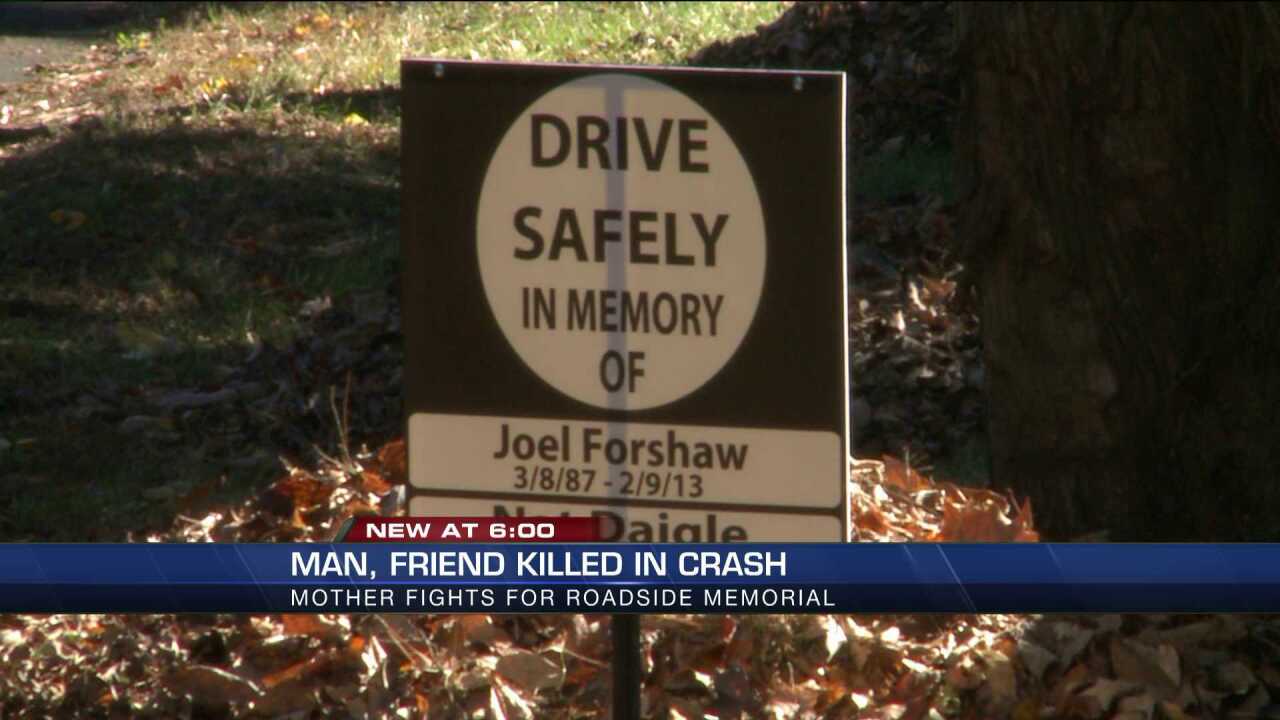 RICHMOND, Va. (WTVR)--Tammy Forshaw’s life changed drastically nine months ago when her son Joel and his friend died along Cary Street after an accident.

Through the months, Forshaw has tried to channel her grief and has been pushing for a road sign to honor her son. The sign encourages people to drive safely. Forshaw says she connected with some neighbors who had no problems with the sign.

Forshaw says she also collected hundreds of names on a petition from citizens and supporters online. She tells CBS 6 News she later learned through City Council member Jon Baliles that nearby property owners thought the sign was inappropriate for their neighborhood. Off camera, neighbors shared that same sentiment with CBS 6 News.

Those neighbors say they’d actually like to see more of a speeding enforcement effort from police. One other neighbor, whose property borders Cary Street, yards away from the crash says she sees no problem with City Council member Baliles approving the sign.

“We have a very busy street and there are many accidents. We need action. When you see a speed limit sign it doesn’t mean that much but when you see a sign like that and it reminds you that someone lost their life here, I think it’s an excellent idea” Diane Jay explained.

The sign Forshaw wants erected on the public right of way in the 5100 block of West Cary Street is a little more than a mile away from another memorial. That one is a bike with flowers in remembrance of a woman who was hit and killed. CBS 6 News went to City Hall to question council member Baliles about what goes into the decision to reject Forshaw’s sign request.

He wasn’t available to go on camera, but did send CBS 6 News the following statement.

“Everyone agrees it’s a tragedy; however the requested sign is not appropriate for a residential neighborhood and I have talked and consulted with neighbors and the neighborhood association which support that position.”