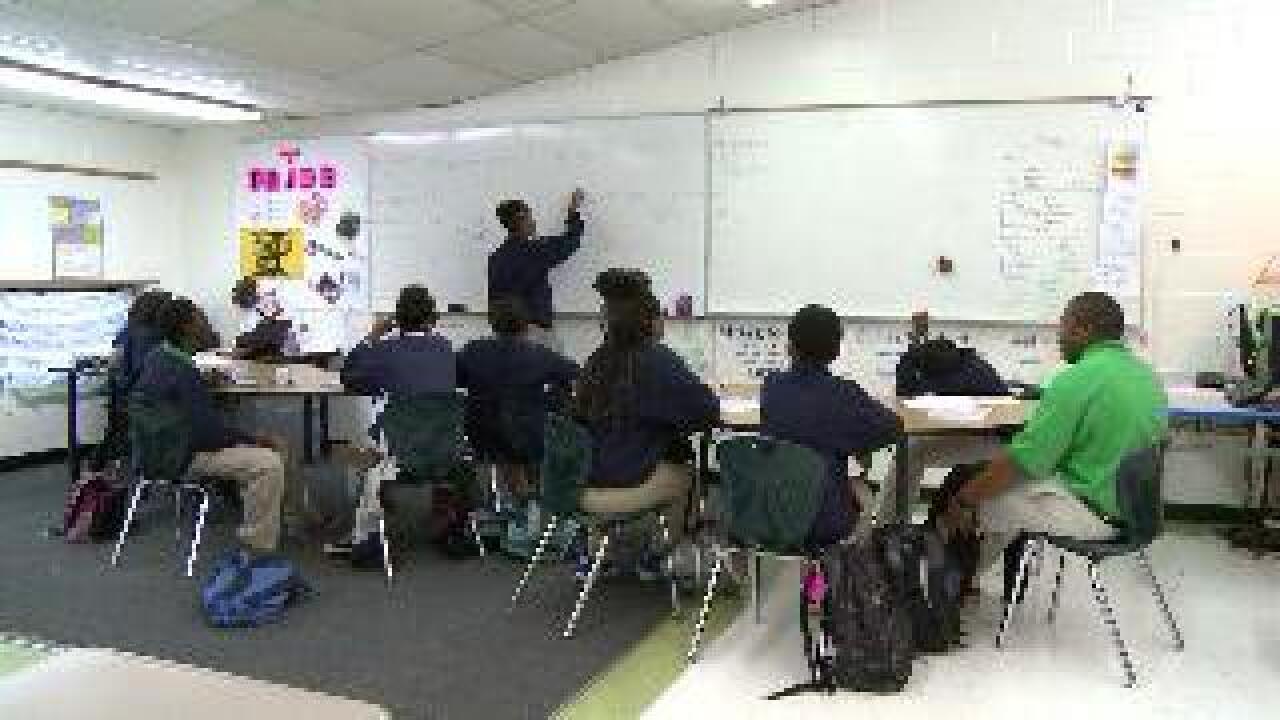 RICHMOND, Va. (WTVR) - Some parents of middle school students in the city of Richmond consider their children's educational options bleak. Only one of Richmond's nine public middle schools is fully accredited by the state. Six of the nine schools experience a drop in Standards of Learning test scores in 2013, according to the Virginia Department of Education.

Mothers like Catina Hickman, who want the best for their children, but can't afford private schools, are discovering new options in the city.

One of those options sits across the street from the Hickman's Creighton Court community.

"I’m just recently finding out it was a school," Catina told Lorenzo Hall about a new school in her neighborhood.

Anna Julia Cooper Episcopal School (AJC) is small, independent and faith based. The school's name comes from a former slave who went on to become a distinguished scholar and educator.

"The need here is so overwhelming and this is very important to me. I do not view what we do as an alternative. I do not feel like we’re competitors [with public schools]," Maruca said.

"When I heard everything that was going on I was blown away by it. You have a tuition free school. A tuition-free private school? Does that even exist?" one AJC teacher asked rhetorically.

Students get to attend this private school for free because Maruca says it’s fully funded by private donors and grants.

The founder says there are no plans to expand right now, unless they line up more grants and donors.