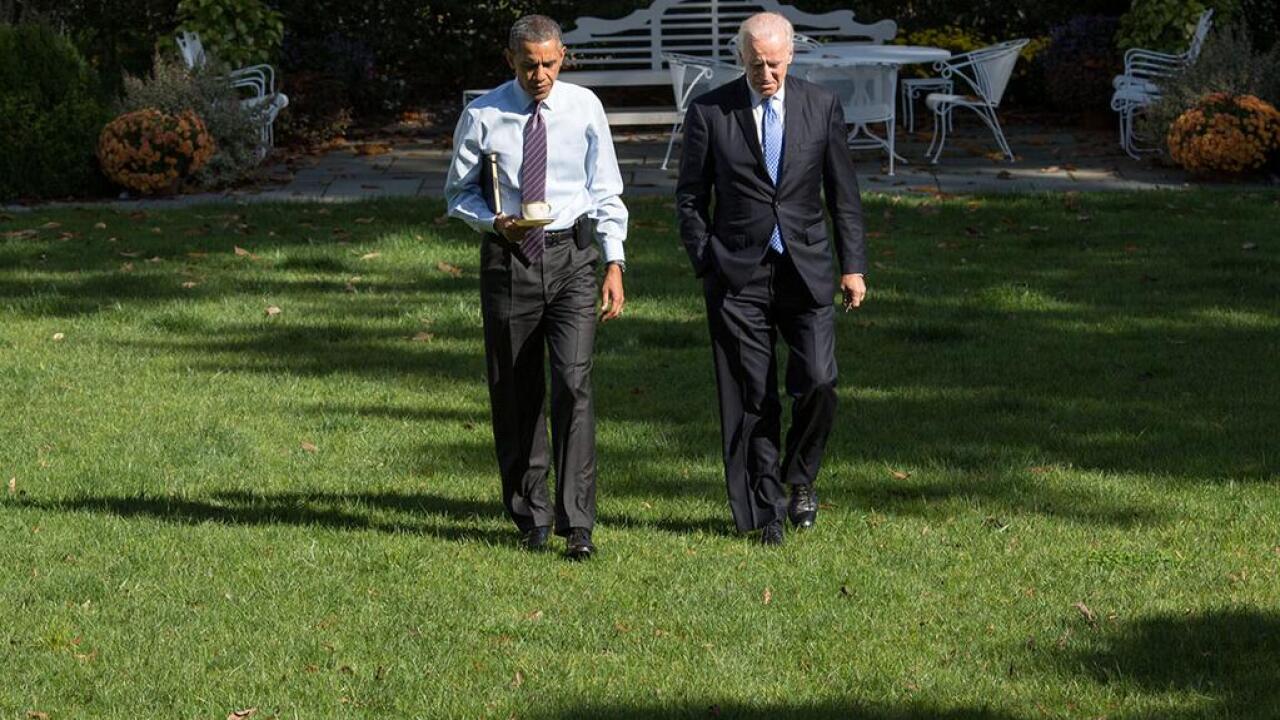 “If they had asked me, I would have said there is no way that I’m not running again with Joe Biden. Because I genuinely believe that he has been one of the best vice presidents in our history,” Obama said in an interview with NBC News. “He also happens to be a friend.”

The new book “Double Down,” which details the 2012 race, revealed that some of the President’s closest advisers secretly considered replacing Biden.

White House spokesman Jay Carney said last week that Obama never considered the idea as it was never brought to him.

Obama added Thursday that he considers Biden one of his most trusted advisers on foreign policy.

“I like him. When my back’s up against the wall, he has my back,” he said.

On the campaign trail last year, Biden frequently served as the attack dog for the President, making digs from the podium in key swing states. He also played up his populist appeal to reach voters particularly in states with large manufacturing hubs.

The President brushed off the leak as nothing but an attempt for someone to feel “important.”

“I’ve now been in this town long enough to know that– folks like to seem important by getting their version of events in the press– or books or what have you,” he said. “That’s just kind of part of the atmosphere that you live in.”

Obama said he has spoken with Biden about the details from the book.

“What I told him … is that — I would not — I would not be here if it weren’t for the support that I’ve had from Joe Biden,” he said. “One of the best decisions that I’ve ever made was selecting him as vice president. I couldn’t be prouder of the job that he’s done.”