How rare is November snow in Richmond? 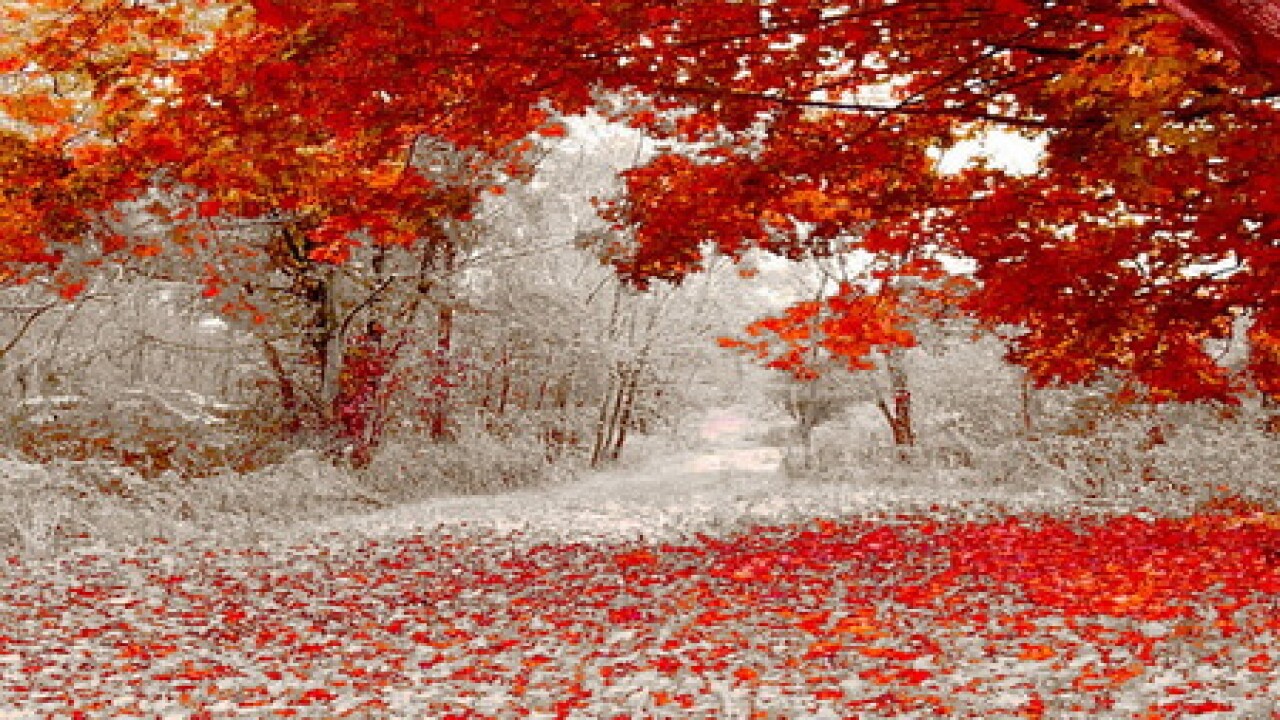 RICHMOND, Va. (WTVR) – With snow-lovers quivering with anticipation about even the potential for wintry weather next week in Virginia, I think it’s time for a lesson in snow climatology!

If we get accumulating snowfall in central Virginia next week, how rare would that be?

My husband is a huge snow-lover. As we talked this week at home about what trends our CBS 6 Storm Team is following, he told me he remembered a rare November snowfall from 1987. I checked the historical records from Richmond International Airport, and he’s right. (Okay, actually our most recent measurable snow in November was 1.1” on Nov. 23, 1989…but that’s still not a “big” event, even by our standards).

On November 11, 1987 (dubbed the Veterans Day snowstorm in the Mid-Atlantic), 4.5″ of snow fell in Richmond. Higher totals fell in northern Virginia. The map below from an American Meteorological Society report shows the snowfall reports around the D.C. Metro area (in inches).

Check out the D.C. Metro storm summary from the Capital Weather Gang HERE.

The most snowfall we’ve ever had in November was from a storm in 1953 that dropped 7.3″ on the 6th. That’s the record-holder for Richmond November snowfall.

The odds of getting measurable snowfall in November in Richmond is only 22%. It’s happened just 26 years on record in Richmond (climate records 1897 – Present).

But the odds of getting measurable snowfall in early November (prior to November 16) in Richmond are super slim – a mere 8% chance! Only 9 years on record have had snowfall during the first half of the month of November.

That means IF we get measurable snowfall next week, it would be extremely rare. Only an 8% chance for it to happen.

But we continue to track cold air on the way to Virginia that could set the stage for snowfall. The big question as of right now is whether or not we can get the coastal low to form and drop the snow.

Stay with CBS 6, we’ll keep you ahead of the storm!