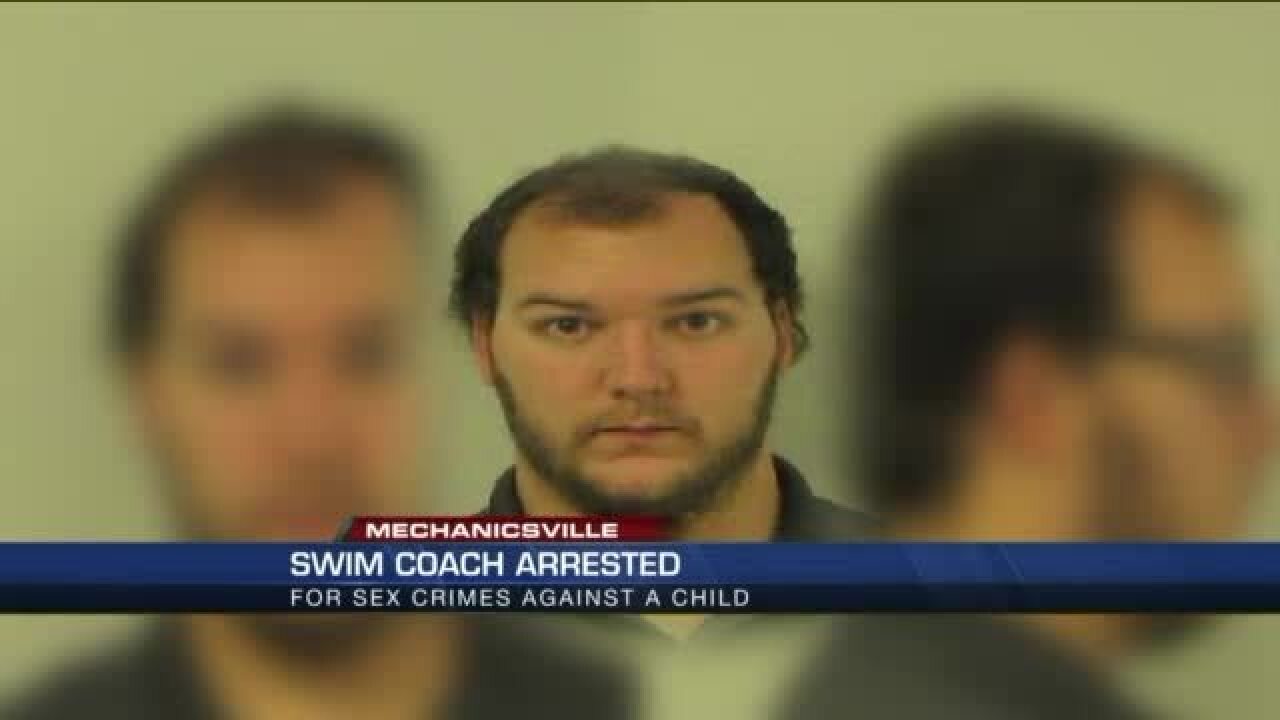 MECHANICSVILLE, Va. (WTVR) - A 23-year-old assistant swim coach has been charged after accusations were made that he took indecent liberties with a child.

Tucker E. Smith, 23, of the 9000 block of Little Garden Way was arrested on Tuesday, Nov. 5 and charged with two felony counts of indecent liberties with a child.

Christopher Whitley, with the Hanover County Sheriff’s Office, told CBS 6 that the alleged offenses took place twice in 2013. One alleged event was on July 1 and one on October 31.

There were a few parents at a Hanover County pool that didn't know the assistant swim coach had been arrested.

And that didn't sit well with one nanny who was at the Burkwood Aquatics Club to pick up the kids she cares for, as parents were leaving with swimming students in tow.

"When I drop them off here, I'm not always with them and I assume they're safe and with responsible adults,” Lindsay Atkins said.  She said she was now concerned after hearing Smith was arrested and charged with two felony counts of taking indecent liberties with a minor while in a supervisory role.

"It is illegal to propose as well as commit,” CBS 6 legal analyst Ed Riley said.  “So you can be punished just as harshly if you propose to touch, just as if you actually touched.  It's a difficult statute to defend."

The BAC Board President, Nikki Deal, reached out to CBS 6 with a statement.

"Burkwood Aquatic Club takes the safety of the families in our program very seriously," the statement read. "We first learned of misconduct on the part of Tucker Smith on October 31, 2013, and he was terminated effective immediately on the morning of November 1st."

Now a week later, some say they still weren't aware.

"Surprised, I wasn't alerted,” said Atkins.  “Nothing was said to me at all."

As far as what happened in the two incidents, Riley said whether or not the sexual activity was consensual could have an  impact.

"Consent is significant,” he said.  “They would've charged him with rape, maybe, if it wasn't, but it still doesn't relieve him of criminal liability."

Each charge carries up to five years in prison.