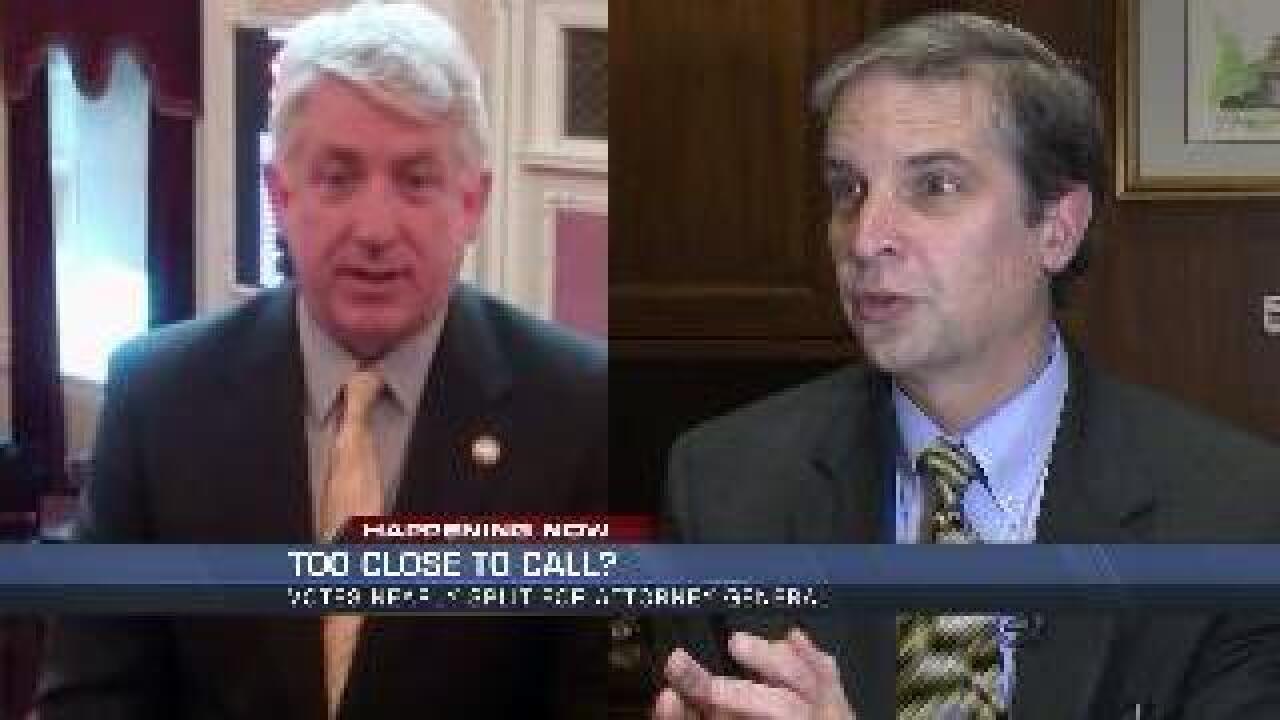 RICHMOND, Va. (WTVR) - Republican Mark Obenshain has a 777  vote lead over Democrat Mark Herring in the race for Virginia attorney general, according to the State Board of Election website.

The closeness of the race did not stop state Republicans from claiming victory Tuesday night.

"Let me be the first to congratulate Attorney General-elect Mark Obenshain on his win tonight!" Republican Party of Virginia Chairman Pat Mullins wrote in an email dated 11:30 p.m. Tuesday. "This race was hard fought, but in the end Virginians decided that they wanted Mark Obenshain to be the man to continue fighting to protect their families."

In the overnight hours, Democrat Mark Herring took over the lead. Before taking the lead, Herring spoke with reporters at Democratic headquarters in Northern Virginia.

“The race for attorney general is razor close. The Commonwealth has a process to make sure all the votes are counted. And we are going to makes sure we go through with that process," Herring said. “Right now it’s basically 50/50. The numbers have been moving in our direction all night. The race is far from over.”

"Right now, the race is extremely close, but I'm confident that that we will prevail. Elections like this are a reminder of the importance of participating in the Democratic process. We’re going to wait until the State Board of Elections finishes its tabulations, and make any further decisions at that time," Obenshain said in an emailed statement. "We have long hours ahead of us, but I shall always be immensely grateful for your support."

Herring's camp responded by releasing the following statement around noon on Wednesday.

"Since polls closed, we've seen several lead changes and based on our projections, we are going to win. When all of the votes cast are counted, including absentee votes and thousands of provisional ballots, we're confident Mark Herring will be the next Attorney General of Virginia. We have a responsibility to make sure that that every voter is protected and every vote counts," said Kevin O'Holleran, Herring's campaign manager.

The race is likely heading to a recount, no matter which candidate is eventually declared the winner.  According to the Virginia State Board of Elections, the apparent losing candidate can file for a recount only if the margin of victory is less than 1 percent of the total vote.