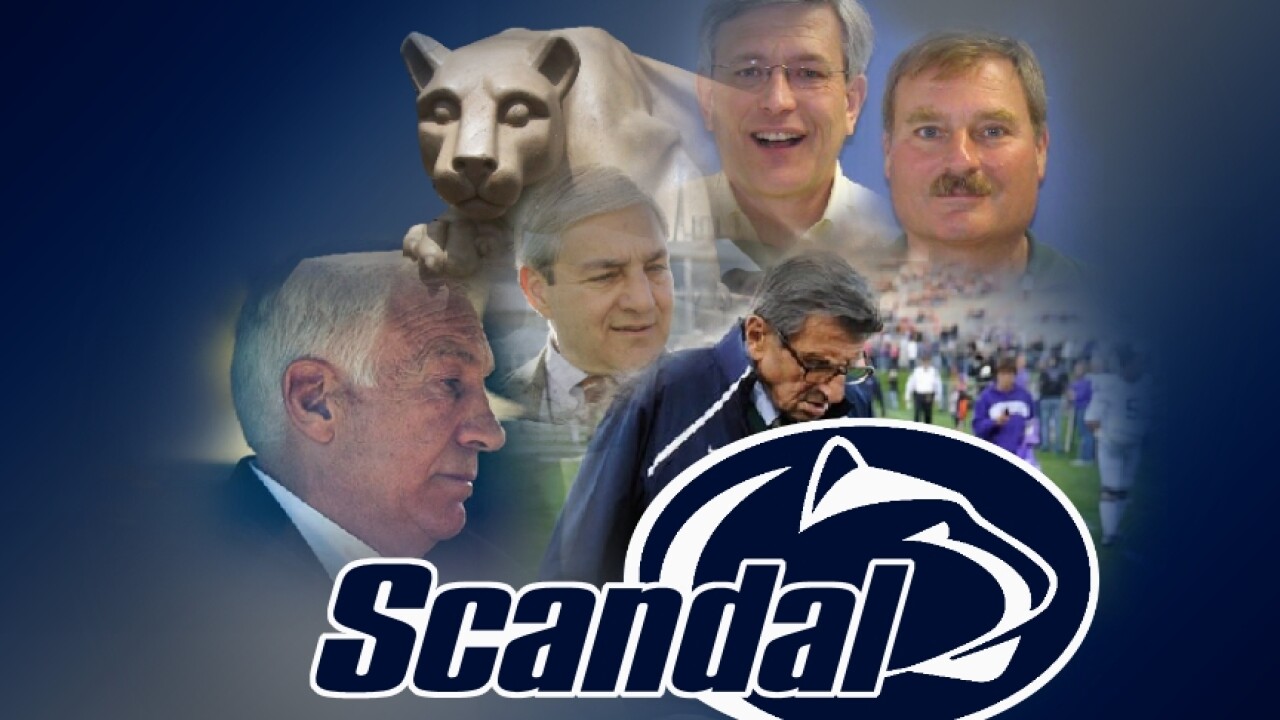 (CNN) — Penn State University reached settlements over the past few months with what it calls 26 victims of former assistant football coach Jerry Sandusky — settlements that will cost the university a total of $59.7 million, the school announced Monday.

Of the 26 settlements, 23 are signed and three are agreed in principle, with final documentation expected within the next few weeks, the school said. The school also indicated a few other settlements still could come.

“There was no happiness,” said Tom Kline, the attorney for a man known as Victim 5 from Sandusky’s criminal trial. “For my client, there was relief.”

Sandusky was convicted in June 2012 of 45 counts relating to the sexual abuse of young boys.

He’s serving a 30- to 60-year prison sentence. He has always maintained his innocence and has plans to appeal, his attorney has said.

In all, 32 men have come forward to Penn State with claims of abuse. Some of those were rejected for lack of merit, Penn State said.

“We hope this is another step forward in the healing process for those hurt by Mr. Sandusky, and another step forward for Penn State,” university President Rodney Erickson said in a statement. “We cannot undo what has been done, but we can and must do everything possible to learn from this and ensure it never happens again at Penn State.”

As part of the agreement, this settlement ends the civil litigation for these 26 men. Kline said these victims will not be able to sue anyone else, including Sandusky’s charity, The Second Mile, where prosecutors say he selected most of his victims.

However, Penn State can go after the charity to recoup some of its losses, Kline said.

Although the criminal trial involved only 10 victims, more allegations surfaced in the months that followed Sandusky’s November 2011 arrest. Abuse as far back as the 1970s has been reported to authorities.

Kline praised Penn State lawyers in regard to the settlement process, saying they worked methodically through each claim, making it possible to settle in just about 13 months.

Not all the settlements are equal of amounts, Kline said, but were evaluated separately based on when the abuse allegedly happened.

The 1998 incident was investigated and dismissed by prosecutors at the time, but the 2001 incident was never reported to police by university officials.

Victim 5 was abused six months after that 2001 incident, and so his settlement and others who say they were abused after 2001 had more negotiating power, Kline said.

Curley, Schultz, and Spanier are all facing trial this Spring on charges including perjury, conspiracy, obstruction, failure to report suspected abuse and endangering the welfare of children. They also maintain their innocence.

The scandal has so far cost Penn State university tens of millions of dollars, including a $60 million NCAA fine, and millions more in crisis management.