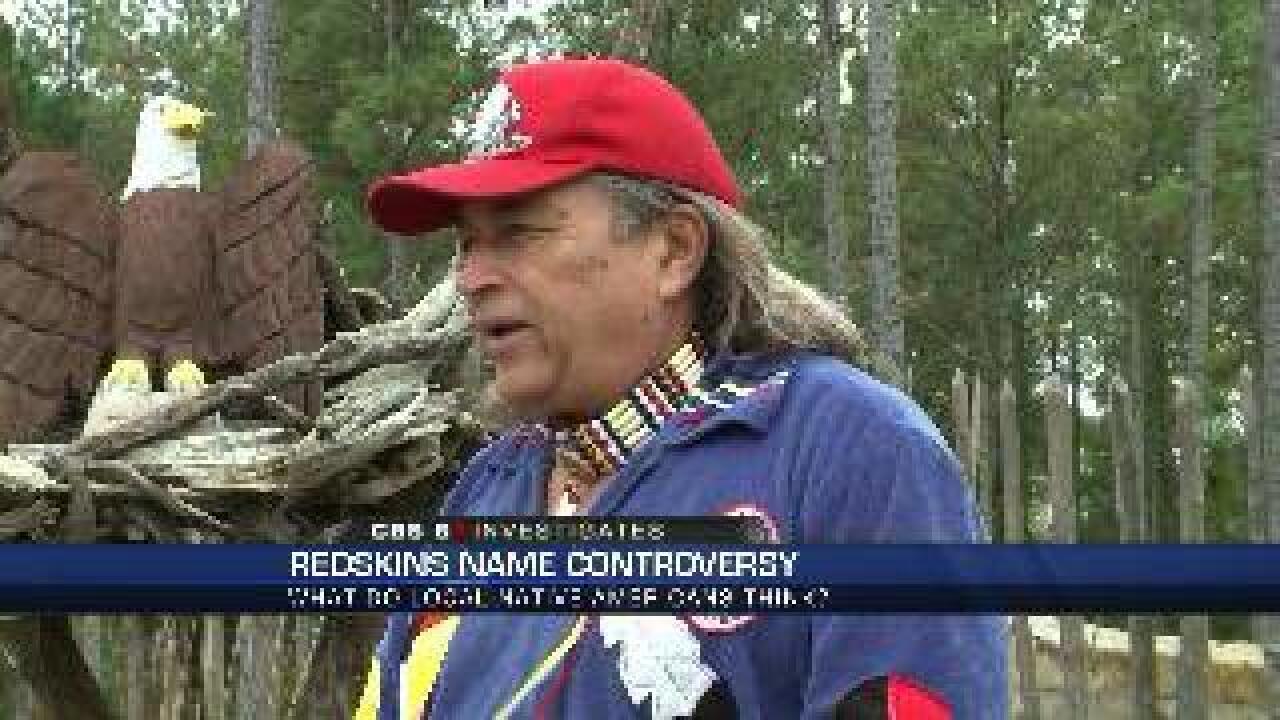 NBC commentator Bob Costas ignited a national debate after calling the name ‘an insult, a slur’ during the NFL team’s Sunday game against the Dallas Cowboys.

During an interview earlier this month, even President Obama said he’d think about changing the name if he was the team’s owner.

While the issue has sparked a lot of attention, some Virginia Tribal Chiefs say they have more pressing things to worry about.

“It doesn’t refer to me as a native person,” Brown says, “It refers to the players.”

The Cheroenhaka Tribe, derived from the Iroquois Indians, is one of 11 tribes recognized by the Commonwealth of Virginia, however they have never received federal recognition.

Brown was an outspoken critic in 2007, when the NCAA ruled that The College of William & Mary had to get rid of their logo that included two tribal feathers.  The college appealed the decision, but was denied.

Brown, whose daughter attended William & Mary, says he was upset by the decision because the college was one of the first U.S. schools to educate Native Americans.

Wayne Adkins, President of the Virginia Indian Tribal Alliance for Life, also known as VITAL, refused to comment on the Redskins issue, but supported Brown’s opinion in a written statement that federal recognition was the prevalent issue.

“In general we are focusing all our efforts and resources on an issue that is much bigger for the tribes of VITAL- official recognition of the tribes by the federal government.”