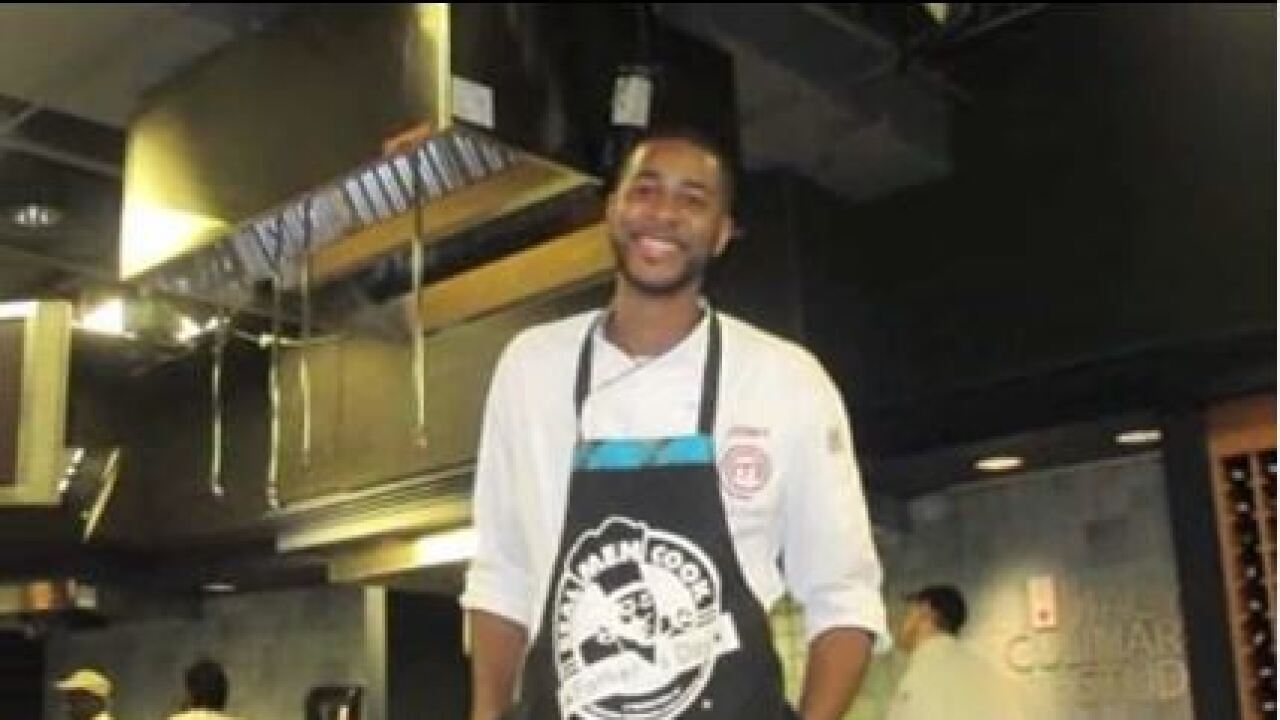 (CNN) — “MasterChef” runner-up Joshua Marks was in “the battle of his life fighting mental illness” when he killed himself Friday, his family said Sunday.

His family blames the lack of mental health treatment facilities and the easy access to guns as factors in his tragic death.

“It is overwhelming to think that with proper, intensive treatment, Joshua may still be with us,” his lawyer, Lisa Butler, said Sunday. “He was a jewel with so much talent to offer this world. But, in his state of mind, he turned to the streets for a gun and easily got it.”

Marks, 26, died from a gunshot wound to his head. His death has been ruled a suicide, a spokesman for the Cook County, Illinois, medical examiner said Sunday.

He was charged with aggravated battery in July after scuffling with police officers who were called to the scene after he suffered serious facial wounds from a self-inflicted gunshot, according to his lawyer.

His mother believed that incident was a call for help, not a suicide attempt, Butler said. But getting Marks help was not easy because of the lack of full-time mental health facilities in Illinois that would accept his insurance, she said.

Marks’ mother, Paulette Mitchell, found him dead in an alley on Chicago’s south side Friday evening after a neighbor called to say he was walking around with a gun, Butler said.

His family is now hoping to help others suffering from mental illness by talking about what happened to Marks in the three months since his arrest, she said.

‘The battle of his life’

Marks — who, at 7 feet 2 inches tall, was known by friends as a “gentle giant” — was diagnosed with bipolar disorder a year ago, the same month he lost to to winner Christine Ha in the final round of the Fox reality cooking competition’s third season. A doctor diagnosed Marks with schizophrenia just last week, Butler said.

“Joshua was so kind, so gentle,” his mother told CNN Sunday. “He loved life. He loved people. He would never hurt anyone; never. He was just a gentle, sweet soul; but he hurt himself. That breaks my heart, that he hurt himself.”

“But, behind that huge smile, Josh was in the battle of his life fighting mental illness,” a family statement said. “It was extremely tough, but Josh was always positive, focused on his faith in God and determined to win; pushing forward through his illness to follow his passion for cooking and dream of being a renowned chef.”

That battle apparently began just as Marks was achieving celebrity status on television. “I hadn’t noticed any signs of anything wrong or any mental illness until after Josh completed filming ‘MasterChef,'” his mother said. “The time he was away filming was extremely stressful on him.”

Marks’ stepfather Gabriel Mitchell, in a statement to CNN, described “the toll that being on a reality show puts on people.”

“Josh had a following of fans and was put on a ‘celebrity’ type pedestal, with the expectation from others that there was money and fame; but, his personal reality was that he was struggling mentally and financially,” he said. “I think people expect that you come away from a reality show and have it made. That’s not necessarily the case.”

Marks spoke about his mental illness in a public service video he recorded in February for the Make a Sound Project, a nonprofit suicide awareness project.

The project promotes “how to use music as an alternative to the crazy thoughts you may have going in your mind,” Marks said in the video. “Me, personally, I have bipolar disorder, so, you know, I’ll get a little anxious sometimes. And how I cool out is, I listen to music and just listen to the words and just relax and, you know, find my melody. I wish we had some music going on in here right now.”

But last summer Marks suffered “a mental break” that led to his arrest on July 29, his lawyer said. Marks told police he had been possessed by “MasterChef” judge Gordon Ramsay, who turned him into God, the Chicago Tribune reported.

“What people don’t know is that on the night Josh was arrested in July, he had just shot himself and had called police for help from the emergency phone,” his mother said. “He wasn’t himself, he was in a manic state, calling the police to help him after having shot himself.”

When police arrived, a scuffle ensued.

“They said that Josh lunged at them and attempted to disarm an officer,” his other said. “In addition to his gunshot wound to the face, Josh suffered a fractured jaw and injury to his face and head.”

He was treated at a hospital for the facial and ear wounds caused by a bullet that he fired and then transferred to the Cook County Jail, where he was placed in the general population, his lawyer said. He got no mental health treatment and no medications while in jail, Butler said.

“I think people look at mental illness as if it is a crime instead of treating the illness,” Gabriel Mitchell said. “They knew of his mental illness, yet they throw him in jail with no treatment?”

His mother, a Chicago public elementary school teacher, bailed him out after more than a week. She desperately sought a full-time mental health program for Marks, but she could not find a one with an available bed, Butler said.

“After this, Josh was determined to get well,” his mother said.

Mitchell “continually ran into roadblocks” as she put her focus into finding help for her son, Butler said. “Access to long-term, in-patient mental health care is extremely limited. How can you appropriately treat your loved one’s mental health challenges if access to necessary care is virtually non-existent?”

She “felt as if her hands were tied” but “she was doing everything she could to get him in treatment,” Butler said. Mitchell enrolled her son in an outpatient program that was “the best available through insurance,” she said.

That program concluded Thursday, with a doctor informing Marks that he believed he was suffering from schizophrenia. The new diagnosis upset him, Butler said.

Mitchell stayed home from her teaching job Friday to be with her son. “I was concerned about him; he just wasn’t himself, so I stayed with him at my dad’s home Thursday night after we left the hospital and all day on Friday,” she said. “I only left for a couple of hours to pick up my daughter from school Friday afternoon.”

She was stuck in Chicago’s rush-hour traffic when she got a call from her brother saying that a neighbor saw her son walking around an alley with a gun.

“I rushed back to the south side to get to the neighborhood, and just started driving through the alleys near my dad’s house looking for him,” Mitchell said. “All I could think was I have to get to him in time.”

She frantically drove through alleys searching.

Mitchell is determined to set up a foundation in her son’s memory to help people with mental illness to address the same issues as Marks. “I am not done, this is not over,” she said. “I am going to make sure that Josh’s voice and dream live on by fighting for mental healthcare treatment.”

While police work to trace how Marks got the handgun he used to kill himself, his family is also seeking answers.

“We live in a country where anyone can buy a gun on the streets at will,” Butler said. “We know that Josh paid little or no money for that gun, because he just didn’t have it; he was unemployed and in treatment full time. So with no money, how did he get this gun?”