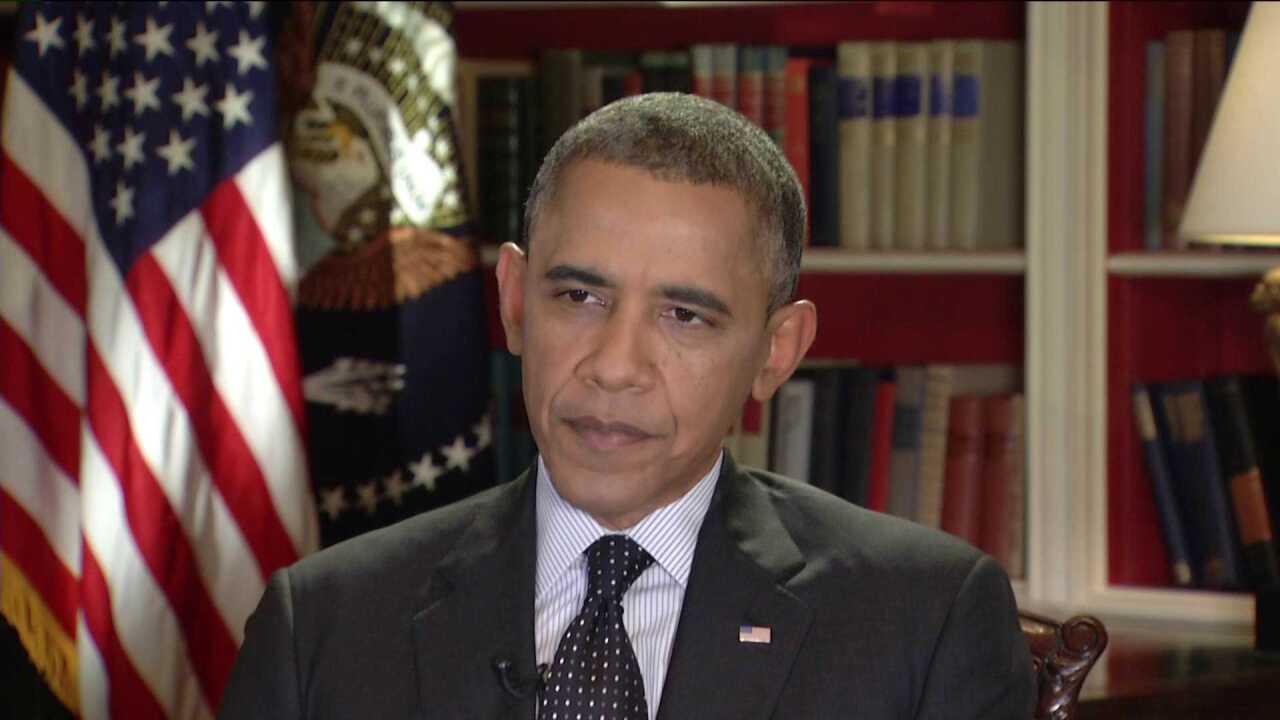 Virginia, with over 144,000 government workers in the state, in addition to private contractors, has been deeply pinched by furloughs as the federal government shutdown stretches into its second week.

The president said that for each day this shutdown carries on, there is a lack of funding for critical programs; childcare for working families, health care access for seniors, and unemployment benefits.

He also refuted earlier claims made to CBS 6 by House Majority Leader and Virginia 7th district congressman Eric Cantor that the current shutdown continues because the president has refused to negotiate.

“The issue is not whether or not we can negotiate,” President Obama said in the one-on-one interview. “And in a normal negotiation another situation, you’d sit there and you’d say, okay, this is what you want, this is what I want.”

“Nobody is going to get 100 percent of what they want. What Mr. Boehner has essentially said is 'unless I get what I want – completely — then I’m not going to reopen the government.'”

CBS 6 viewers expressed concern over the price of the controversial mandate and that the ACA may be helping lower income families while hurting the middle class.

We took those questions to the president.

“Why are you going to fine people for not having health care, when in reality if we could afford health care then we would have it in the first place,” viewer Jennifer Moore asked.

"I have to say a lot of this stuff has been happening the last couple of years that don't have to do with the Affordable Care Act," the president said in response. In fact, premiums for the last three years have gone up at a slower rate than in any time in the last 50 years.”

"What it's done,  is it's said you can now go and buy health care that is competitive that gives you choices and if you still can't afford it -- we're going to provide you a tax credit to help you buy it,” President Obama said, emphasizing that now people can get coverage for less than a monthly cellphone bill.

"I think even the Obama administration would admit that Obamacare is not ready," Cantor said.

Shortly after CBS 6's Wednesday afternoon interview with the president, a caucus-wide meeting was called at the White House. Obama told House Democrats that he would negotiate, but not with a “gun at my head.”

The president's said intention is to pass more short-term bills to reopen the government and to raise the debt ceiling.

“What we need to do right now is, don’t harm the American people. Put folks back to work. Reopen the government. Make sure America is paying its bills. And we’re then in a position where we can have a good negotiation about how we move this country forward. I’m eager to do that and I’ve been asking the speaker to do this for the last year,” Obama said to CBS 6.