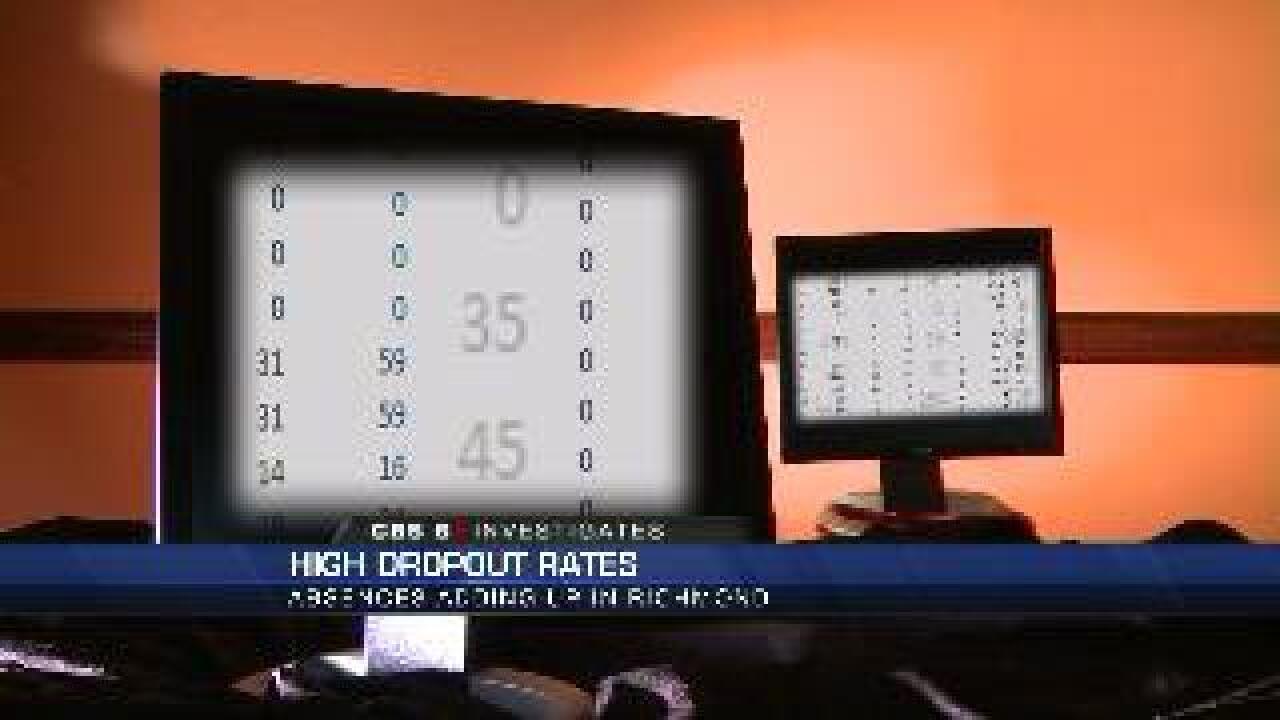 RICHMOND, Va. (WTVR) -- Newly released data from the Virginia Department of Education reveals a harsh reality for Richmond Public Schools. While more kids are staying in school throughout Virginia, the city's dropout rate is three times higher than the rest of the state.

Kentrell Billups is one of the many faces behind the numbers.

Although Billups managed to keep up his grades while in school, he wasn't focused on following through and finishing the race. Instead, he stopped showing up - for good.

Billups says he never imagined being a high school dropout for his future.

"I never had bad grades. I always had good grades, I was a smart student," Billups said. "I work at a fast food restaurant. I regret the decision, I most definitely do."

Within the data, on-time graduate rates showed that Hanover graduates 95% of its students on time. Chesterfield and Henrico are close behind with 90% and 89%. Richmond comes in last for our area at 76%, up three percent from the previous year.

While the data says there was a gain in students graduating on time in the city, former RPS school board member, Carol Wolfe, examined the data and says that the numbers aren't promising.

Wolfe says the 76% of on-time graduates includes GED's, certificates, and modified diplomas. Instead, she says the real number is within the federal index, which actually rests around 62%.

In a press release sent out from the Richmond Public Schools Public Information Office, Governor Bob McDonnell commended the state. Wolfe says that the data is misleading, though.

"We're not going to fix any of these problems as long as we're making up the numbers," Wolfe says.

Kentrell Billups is tired of being a number and is already making plans to try again to graduate.

"People give up and I gave up but I'm going back to school now," Billups said.