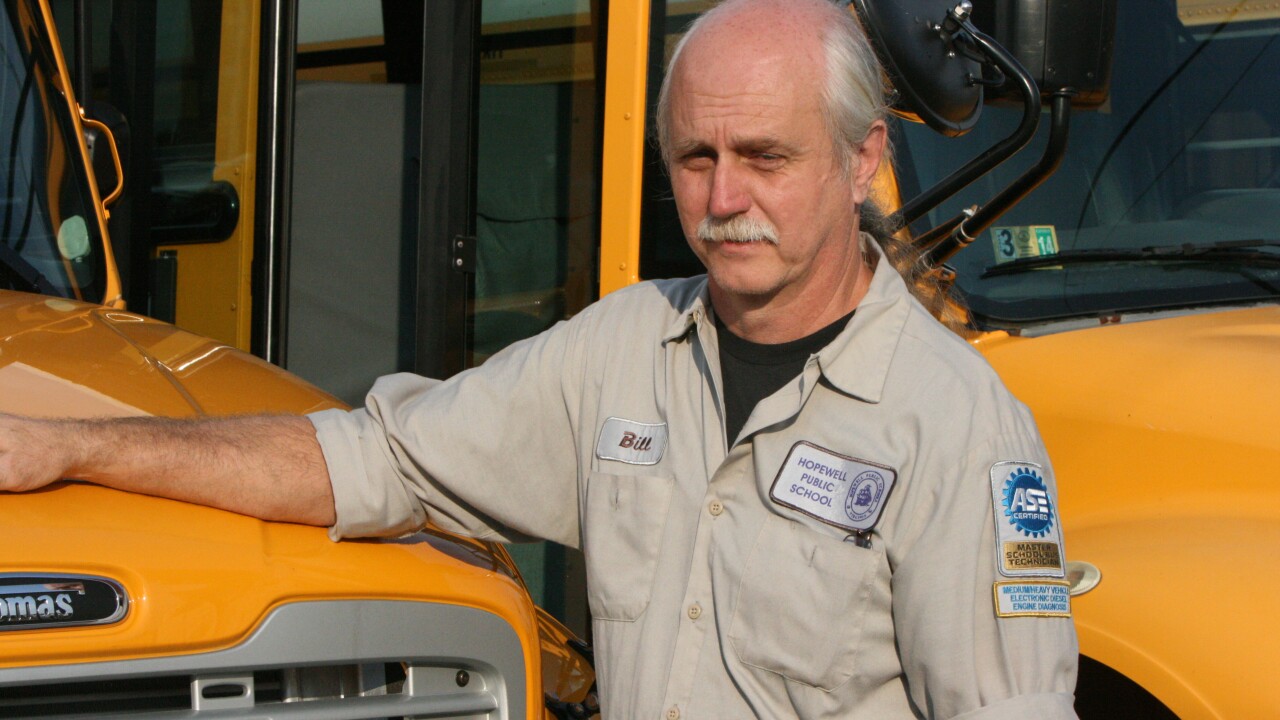 “We started this contest to recognize school bus technicians and inspectors because they are an integral  part of the pupil transportation system,” Michael Bullman, Director of Maintenance at South Carolina Department of Education, said. “An education begins with a bus ride.”

Bill Alsko presented with the state award at an August School Board Meeting.

Scores were given based on how well the technician answered questions and performed at each station, Bullman said.

Alsko traveled to the national competition after he was named the top school bus technician in Virginia.

“We like to shine the spotlight on these important people,” Bullman said. “We hope the result is safer buses, nationwide.”

Alsko did not have much time to savor the third place finish.

He is one of just two school bus technicians tasked with making sure Hopewell’s 36 school buses are running safely.