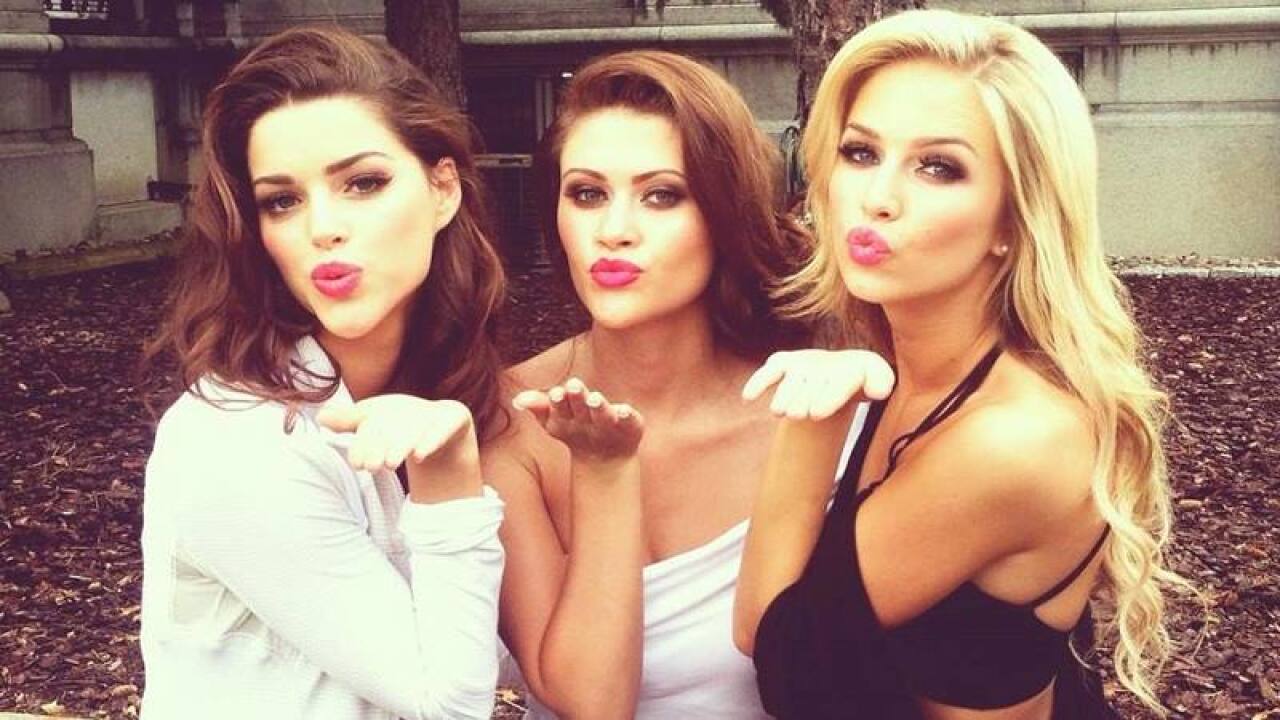 TEMECULA, Calif. — A college student was arrested Thursday for allegedly hijacking the webcams of young women — among them reigning Miss Teen USA Cassidy Wolf — taking nude images, then blackmailing his victims to send him more explicit material or else be exposed.

Jared James Abrahams, a 19-year-old computer science student from Temecula, California, surrendered on Thursday to the FBI on federal extortion charges, the agency announced. Authorities say he victimized young women surreptitiously, by taking control of their computers then photographing them as they changed out of their clothes.

When he admitted what he’d done in June, Abrahams said he had 30 to 40 “slave computers” — or other people’s electronic devices he controlled — and has had as many as 150 total, according to a criminal complaint.

His arrest came six months after a teenager identified in court documents as C.W. alerted authorities. She has since publicly identified herself as Cassidy Wolf, the recently crowned Miss Teen USA. She touted news reports of her alleged tormenter’s arrest on her Twitter feed.

At the time she contacted police, in March, Wolf was not a national figure — even though she was Miss Teen California — and lived in an apartment and attended Orange Coast College in Costa Mesa.

Wolf got a Facebook alert that someone had tried to change her password to the social networking site, then noticed other passwords had been changed and that her Twitter avatar was now a half-nude picture of herself.

A short time later, she received what would be the first of many messages, this one featuring pictures of Wolf at her Riverside County address and others apparently taken months earlier when she lived in Orange County, says the criminal complaint. The message explained “what’s going to happen” if Wolf didn’t send pictures or videos or “do what I tell you to do” in a five-minute Skype videoconference, according to the criminal complaint.

Recalling that day, Wolf told NBC’s “Today” show she started “screaming (and) bawling my eyes out.”

“I wasn’t sure what to do,” she said in August, shortly after her Miss Teen USA win. “So it was terrifying.”

The messenger had taken great efforts to hide his online identity. But investigators were eventually able to find corresponding e-mails, IP addresses and other communications they linked to Abraham. They also tied him to online forums asking about malware, how to control webcams, and hacking into Facebook accounts.

Investigators also linked him to at least eight other young women — some of them, like Wolf, from Southern California, though others were from as far away as Moldova. The victims told authorities similar stories: of a person they did not know saying, and in some cases proving, he had nude images and making demands as a result.

The stalker claimed to have 1,000 photographs of one woman, the complaint said. When she asked, “Why are you doing this to me?” the response was, “I told you I’ll answer any questions after you Skype.”

As an FBI agent was speaking by phone to this young woman, she logged onto her Instagram account to find it populated by nude pictures of her, the complaint said.

A few young women apparently complied with the demands for a Skype session. The man promised not to record the sessions and he made it look like he was erasing the nude pictures of them. One such session was found on the suspect’s phone, police said.

Investigators examining e-mail exchanges found one in which an alleged victim wrote she was downloading Skype and pleading, “Please remember im only 17. Have a heart.”

“I’ll tell you this right now! I do NOT have a heart!!!” he wrote back, per the complaint. “However I do stick to my deals! Also age doesn’t mean a thing to me.”

Authorities executed a search warrant at Abrahams’ home on June 4, at which time he “voluntarily agreed to speak” with a pair of FBI agents. Describing himself in that interview as a college freshman who was good with computers, the complaint said, he admitted using malware and his expertise to “watch his victims change their clothes and … use the photographs against them.”

Abrahams further admitted the e-mail accounts, VPN, domain names or other pieces of the electronic puzzle that investigators used to build a case were his, according to the criminal complaint.

There were no publicly listed phone numbers for Abrahams in Temecula, and his legal representation was not immediately known.