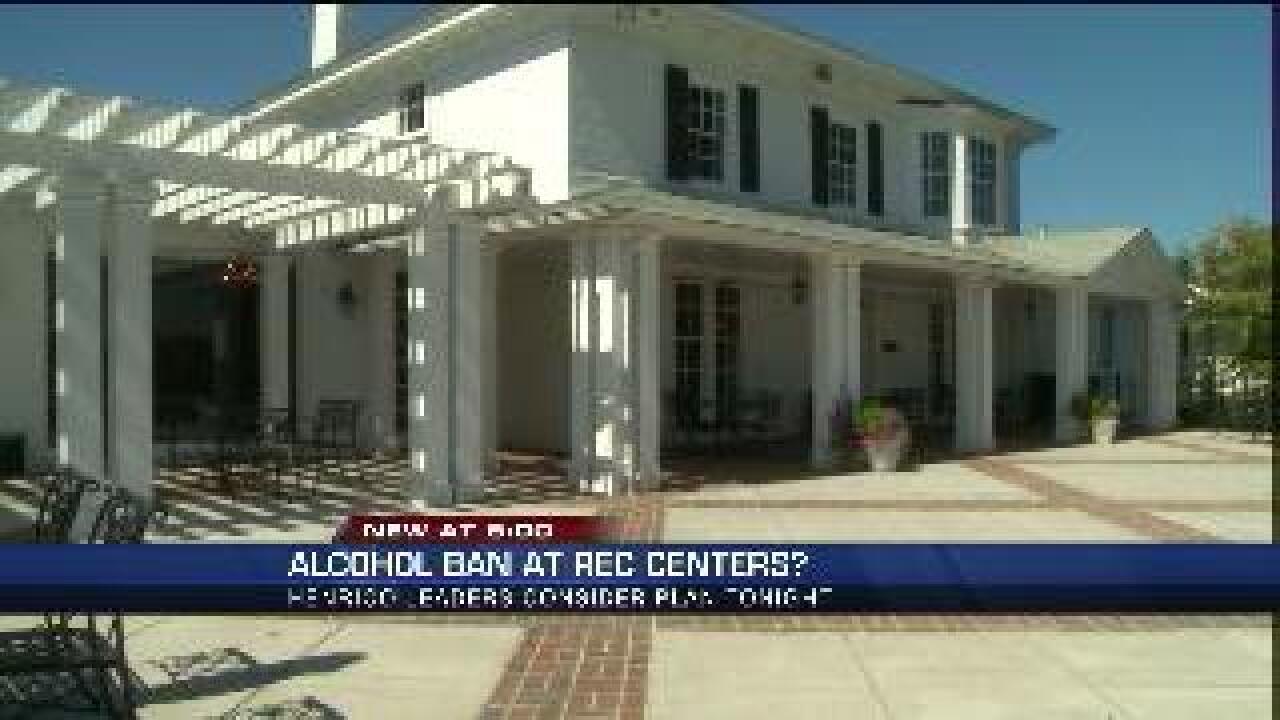 HENRICO COUNTY, V. (WTVR) –The Henrico County Board of Supervisors voted Tuesday night to ban alcohol at all public recreation facilities in the county.

Alcohol is currently permitted at nine of the county's 14 recreation centers, if the group renting the facility files the proper permits.

Facility rentals brings in hundreds of thousands of dollars for the county. In fact, private rentals for fiscal year 2013 generated nearly $300,000.

Henrico officials, who were unwilling to appear on camera about the issue, said the proposal was not sparked by a specific incident at one of the locations. Rather, officials aim to have a consistent policy in place so the rules would be the same all of the locations.

Henrico’s Deep Run Park Recreation Center is one of county’s facilities that books up quickly with receptions, parties and other special events.  Alcohol was allowed there.

“We’d probably have to look at other options,” said Kimberly L. Martin with the KLM Scholarship Ffoundation. “We usually have  a major flagship fundraiser called the Black and White Affair, where we have a mock casino night and dancing and food.”

Groups like the KLM Scholarship Foundation rely on affordable rental fees in order to pull off their special events to keep costs low.

Martin said she understands why county leaders might want to ban booze, but hopes leaders think about the impact it will have on some organizers who use the facilities to keep costs down.