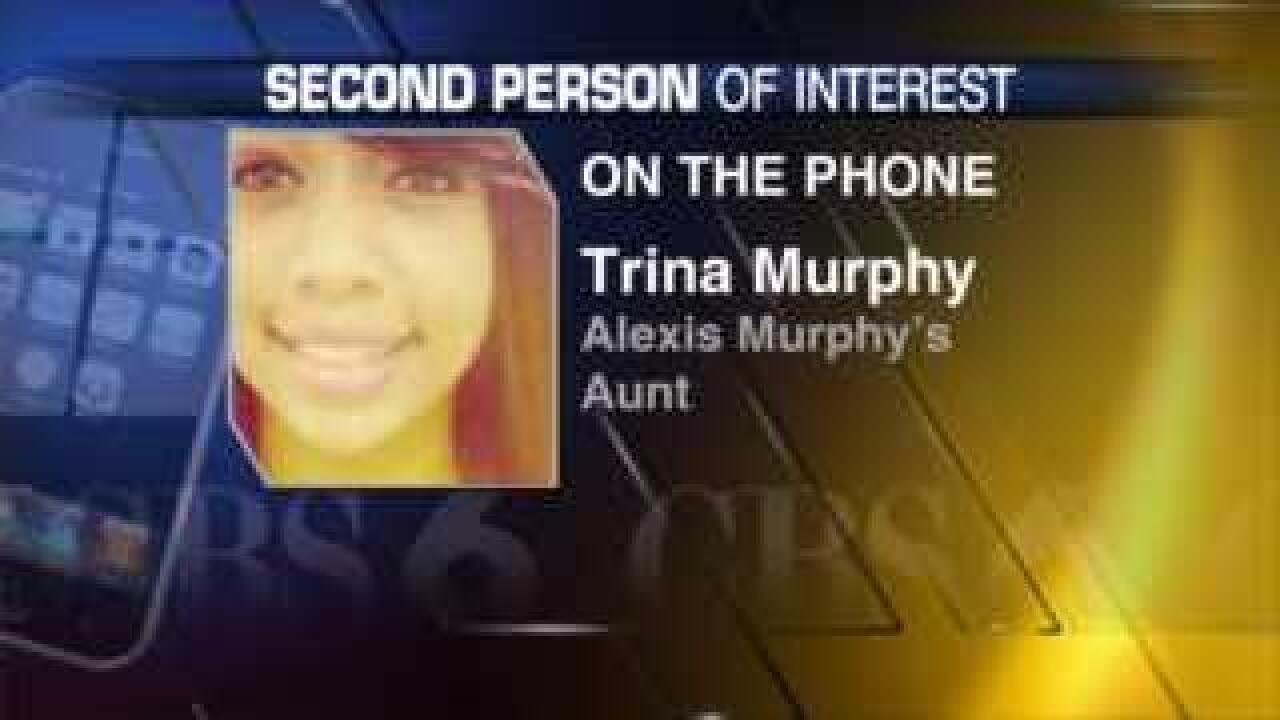 NELSON COUNTY, Va. (WTVR) - Investigators are revealing there is a new "person of interest" in the case of a missing Nelson County teen.

David Brooks with the Nelson County Sheriff's Office said it was a "normal lead" that they were following up on, but could not provide specifics about the "person of interest."

Brooks told WCAV that the "person of interest" is someone they have been wanting to talk to throughout the Alexis Murphy investigation.

Surveillance video at a Lovingston gas station captured images of the 17-year-old on Saturday, Aug. 3. That was the last time Alexis Murphy was seen.

Investigators said the teen left her Nelson County home to go shopping in Lynchburg that Saturday. Her car was discovered nearly an hour and a half away at a Charlottesville movie theater that Sunday.

Murphy's family said they knew of a second person of interest a few weeks ago.  Investigators told the Murphy family they had spoken with man in connection to the case, but could not provide further details.

"We're never far from this process in our life," said Trina Murphy, Alexis' aunt.  "You kind of deal with it as it comes, and we go back doing what we do."

Since Alexis disappeared, local authorities, the FBI and her family have been searching for weeks for any sign of the the teen.

The girl's father posted flyers across the state in hopes of bringing his daughter home safe.

Old Dominion Truck Leasing in Prince George, where the teen's grandfather works, emailed flyers of the teen to hundreds of drivers to make sure they kept an eye out for the 17-year-old.

Earlier this month, investigators were tightlipped after they conducted a river search for clues. Search crews checked in and around the Rockfish River off Route 29, but that search turned up few answers.

Randy Taylor was arrested on Aug. 12 on abduction charges in connection with Alexis' disappearance.

Taylor's attorney told CBS 6 News in August that his client was not the last person to see Alexis before she went missing. He claimed that her disappearance might be linked to a drug deal.

Hallahan said that his client and Alexis, along with an unidentified dealer described as being a black male in his late 20s, met up at Taylor’s Thomas Nelson Highway home.  After buying $60 in marijuana Taylor insisted Alexis and the drug dealer left.  That was the last time Taylor said he saw the teen.

"I was looking forward to them finding the second person and basically trying to discredit was he's saying," Murphy said.

Taylor remains behind bars after a judge denied a bond request. The case will go before a grand jury on Sept. 24.  CBS 6 legal analyst Todd Stone said the new developments in this case will not affect the grand jury hearing.

Stay with WTVR.com and CBS 6 News for complete coverage of the search for Alexis Murphy.