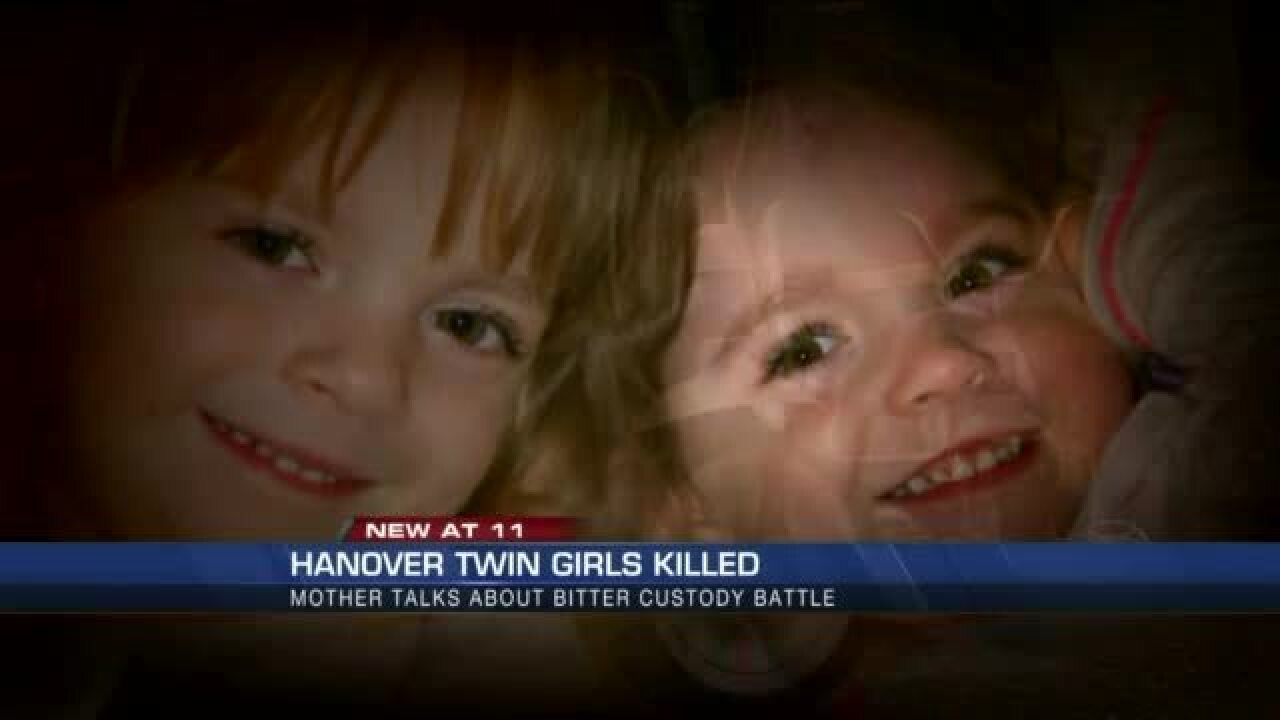 HANOVER COUNTY, Va. (WTVR) -- It was a crime that sent shock waves through Central Virginia.

In the midst of a bitter custody battle, police said a Hanover County mother walked in to find her twin girls murdered in their beds by their father.

Kristi King, the girls' mother, said she begged the court system for help and hopes her story will force family courts to listen to parents who express fear for their children's safety.

“I sent my lawyer and the guardian ad litem pictures of them in their casket. I was angry,” said King during an interview with WUSA’s Andrea McCarren.

Rob King bought each of his twin daughters a fish, signed them up for swim lessons and gave them a bath. Hours later, he pumped carbon monoxide into their bedroom and slit their throats.

“I went and knocked on the door and the carbon monoxide detector was going off, said Kristi King. "And at that moment, I knew they were dead…. because they hated noise."

The couple was in the midst of a bitter divorce and custody battle. King had offered joint custody of the three year olds, but her husband wanted the girls to himself.

In the months leading up to the murders, King said she pleaded with a court-appointed mediator to push for an emergency hearing as her estranged husband's behavior grew increasingly erratic.

“She said he didn't qualify because he hadn't been diagnosed with anything,” King said. “Despite the every ten minute texting, the shoplifting.”

In fact, King said she was told there was no appointment available for a psychiatric evaluation for several months.

King’s case is not unique. In a recent two-year period, the Center for Judicial Excellence tracked news reports that indicated fathers killed their own children in more than 100 cases related to custody and visitation disputes.

“When I show you a text that says, 'I'm gonna make sure all your children are taken from you,’ you need to listen,” King warned. “My thought was that he would kidnap them. I didn't think he would kill them.”