Dallas Zoo brings in pet puppy to calm down cheetahs 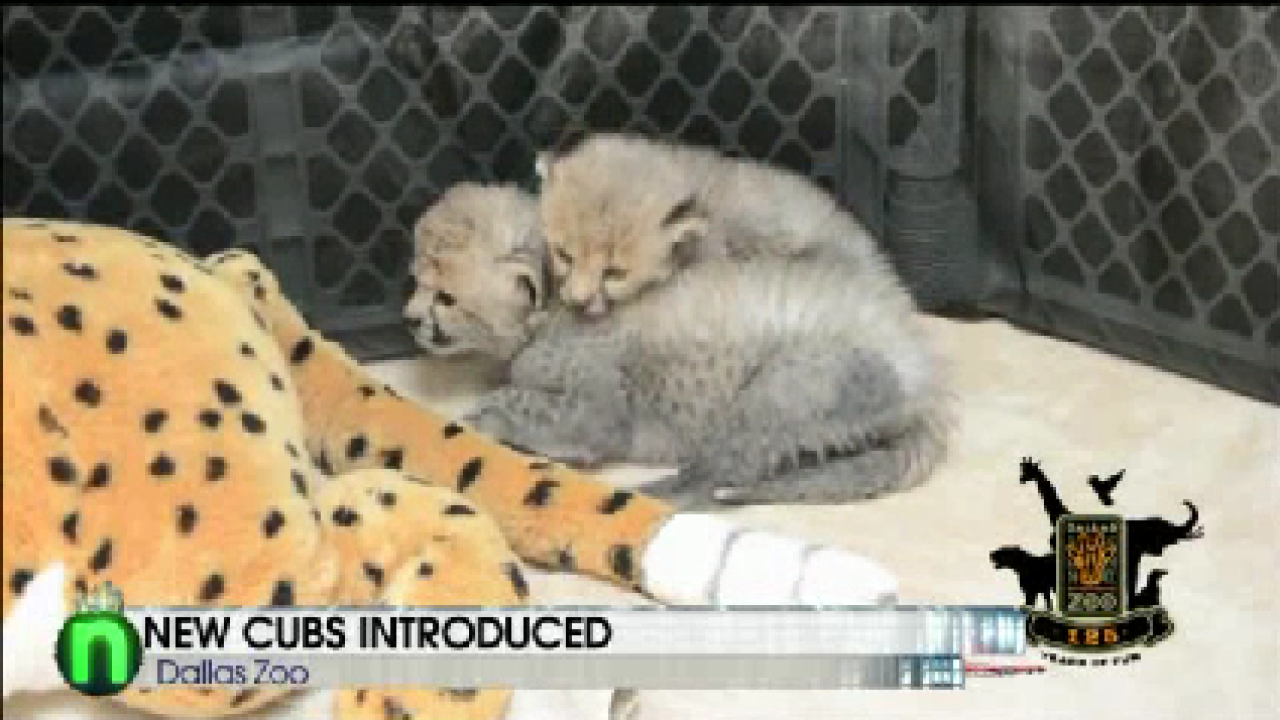 (CNN) — The Dallas Zoo has two new cheetah cubs. And the big cats have their own puppy to help them shape up.

The cubs, Winspear and Kamau, are part of the zoo’s program to create awareness about endangered African animals.

Zoo officials believe the Labrador retriever will keep the cubs in line as they grow up away from the wilderness.

“Zoological experts have found that because dogs are naturally comfortable in public settings, Amani will provide a calming influence for the cubs, as well as another playmate as they grow to adulthood,” the zoo said in a statement.

In a tribute to its role, the puppy is named Amani, which is Swahili for peace.

Cheetahs are an endangered species. Their numbers are estimated to be about 10,000 in the wild, the zoo said.

Winspear and Kamau were born in July at the Smithsonian Conservation Biology Institute in Front Royal, Virginia. Their puppy companion is about the same age.

Before their new adventure, a team from the zoo spent nearly two weeks in Virginia bonding with the cubs.

“It is a thrill to be able to tell the story about cheetah conservation and to educate Dallas Zoo guests about this magnificent species,” said Sean Green, vice president of Guest Experiences for the Dallas Zoo. “Winspear and Kamau will become important animal ambassadors for the Dallas Zoo, building appreciation and awareness about cheetahs to more than 900,000 visitors each year.”

The balls of fur will not be small forever. When fully grown, they weigh about 140 pounds and stand 3 feet tall.

A cheetah is the world’s fastest land mammal, and can go from 0 to 60 mph (96 kph) in three seconds.

Other zoos have coupled cheetahs with dogs, including the San Diego Zoo, which has been pairing pups with big cats for years.

“Not just any dog would do. We needed one with personality, composure and pizzazz.,” the San Diego Zoo says on its website.

In such couplings, it says, the dog is the leader.