Acts of kindness light up the long-dark Richmond bus depot 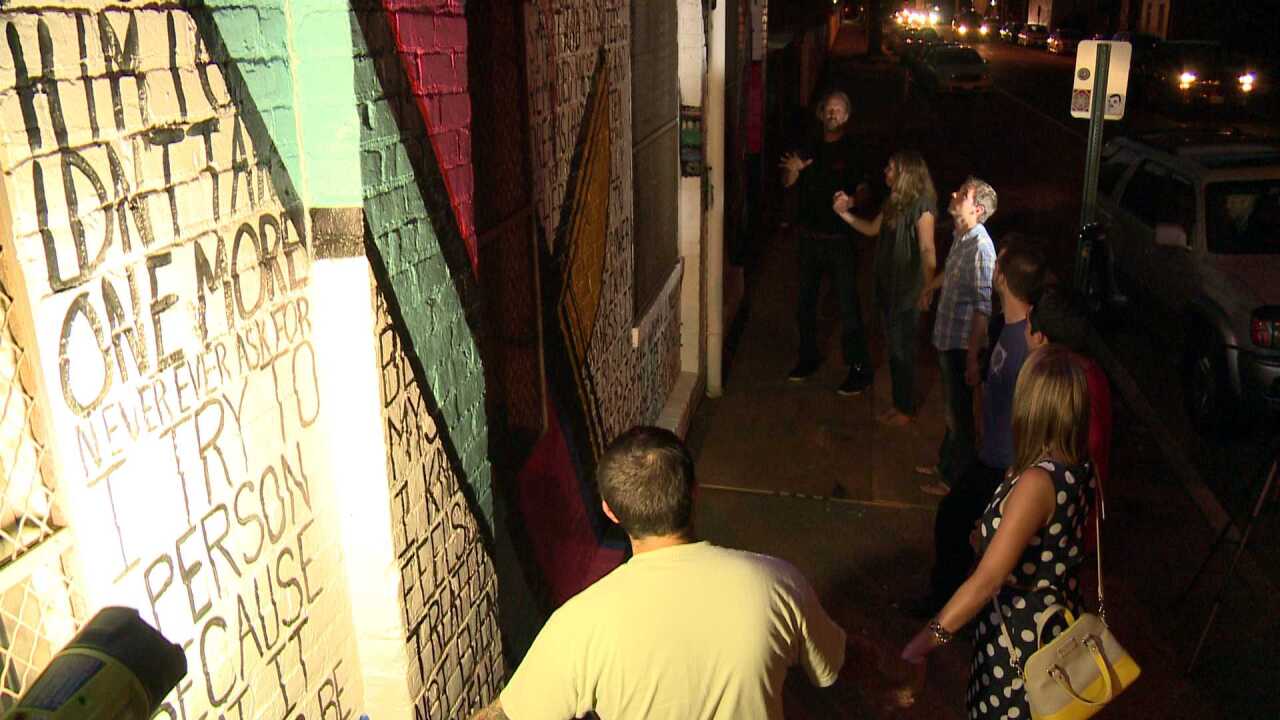 RICHMOND, Va. (WTVR)--The old GRTC bus depot has been dark for going on four years. But it will now be a source of light for those who believe kindness can chase away the darkness.

The depot’s long W. Cary Street wall has been transformed into an interactive, fluid mural made up of stories about acts of kindness, portions of it lit by 1,000 LED light pods representing individual stories.

“We collected stories about light and dark, and an act of kindness that kind of made the difference for someone,” explained Patience Salgado, the driving force behind the project. “This is totally people to people. This is your  neighbor. That friend that you feel you can dump to. This is the thing you just didn’t think could happen to find your way out.

“You can go on the web and put in your act of kindness and when you hit that button, it will light a light on this wall,” Salgado said.

Or you can join hands to reach the special touch-sensitive panels to change the animation of the mural.

“The hard part was figuring out how to power and run a thousand fully addressable LED pods from a single computer,” Vogeleer said as a crew finished gluing and wiring the LED pods on the mural Wednesday evening. “So we ended up using equipment that literally had just hit the market out of the Kickstarter project.”

He believes it’s the first interactive mural of its kind.

CBS-6 was on hand as the mural was lit and tested Wednesday after the sun set. See what it looked like in our video report, above.

It will all kick off on September 11 with the RVA Street Festival that will transform the old bus depot property with murals painted by local artists.