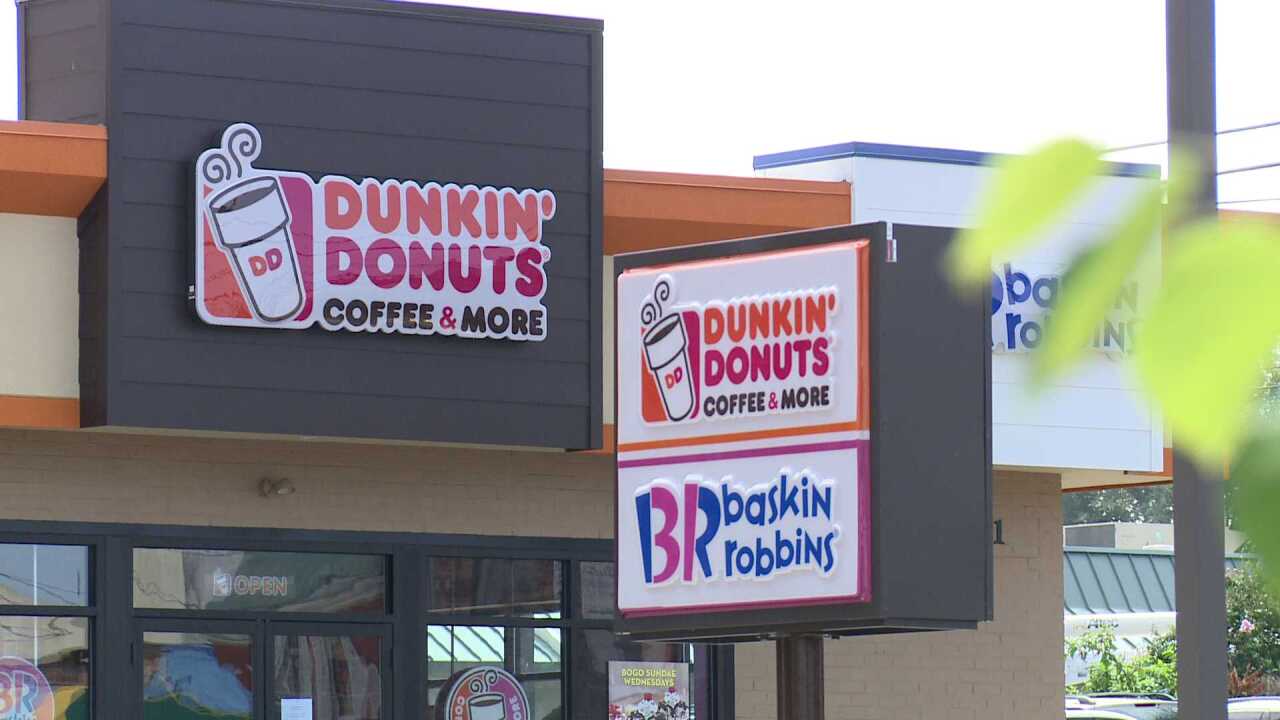 In addition to the Dunkin’ Donuts/Baskin-Robbins store at 11 S. Nansemond St. in Carytown, the other closed shops include the Dunkin Donuts at 9225 Atlee Road in Mechanicsville, 4417 W. Hundred Road in Chester, 11556 Busy St. just off Midlothian Turnpike.

Grabbing some Dunkin Donuts was a top priority for Chris Caswell, a Museum District resident. But the self-proclaimed doughnut lover is leaving the darkened Dunkin' Donut store in Carytown empty-handed.

“I was looking for an afternoon doughnut or three. This was my grocery list for today-- as you can see the first thing was Dunkin Donuts,” said Caswell. “I think it is a shame.”

The closings are over, well, dough. And this is no munchkin sized squabble.

According to Federal Court documents the Massachusetts-based Dunkin’ Donuts corporation is suing the owners of ten franchises across Central Virginia.

The doughnut giant claimed that CDG Virginia, which is affiliated with each location, didn’t pay mandatory fees and lagged behind on lease payments.

The franchise owners then counter sued. A temporary agreement reached in May, crumbled in August leaving an endless stream of hungry customers on the outside looking in.

“They need to get their stuff figured out,” Caswell said.

Charlie Kamtchoum,who managed a Dunkin’ Donuts in Maryland thinks of the workers left without a paycheck.

“First of all it is a minimum wage job. That $7.25 is big-- especially if you’re a student. You need that money and paycheck," he added.

An endless stream of frustrated customers say its time both sides strike a deal.

Customers say it is time to make the donuts, so they’re left looking for them elsewhere.

At last check with Dunkin’ Donuts crossed off his to do list, we watched Chris Caswell walk off heading  to Panera.

“It’s only a block away but bagels aren’t the same as donuts.”

If a deal cannot be reached between the bickering sides a trial date in US Federal Court is scheduled for October 24th.

At least four other area Dunkin' Donuts locations remain open for business and unattached to the legal case.

Also, other doughnut locations include: