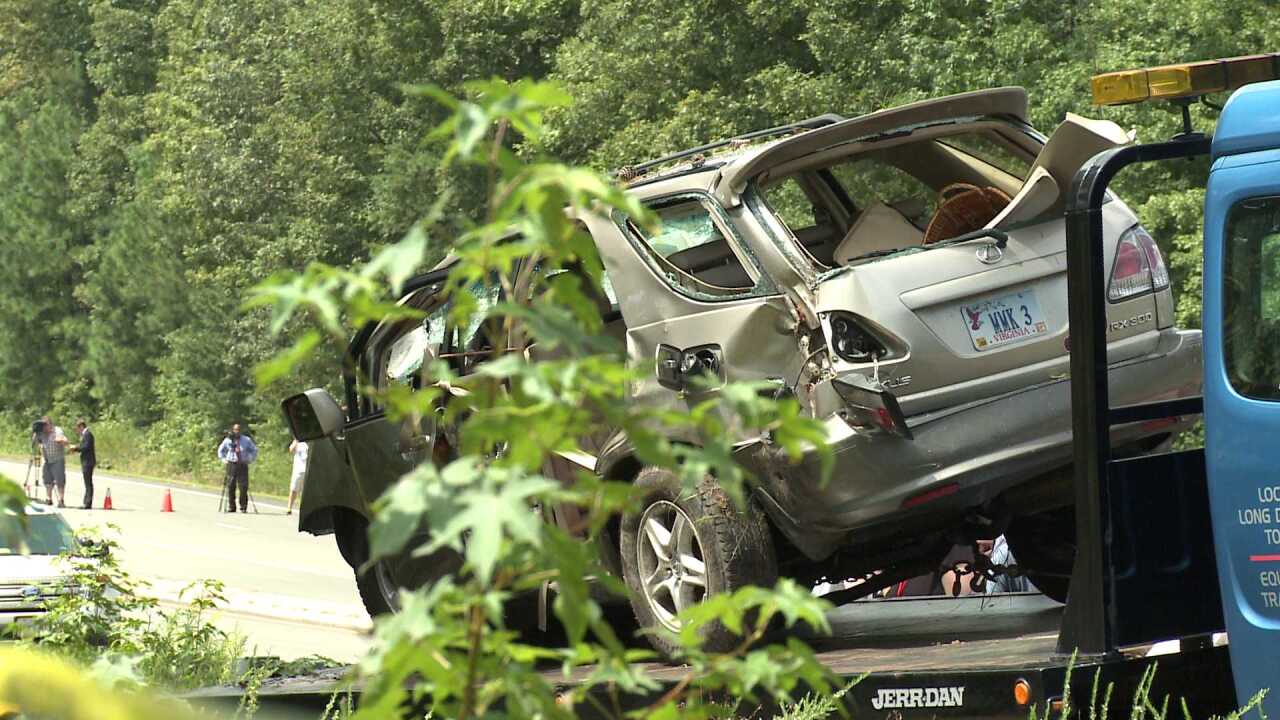 Police said a Lexus SUV was traveling in the westbound lane of Lucks Lane when it ran off the road and hit a tree landing in a ditch.

Police believe this incident occurred around 3 AM.

The driver of the vehicle, 20-year-old Matthew Farr, of the 1700 block of Westbury Ridge Drive, was killed in the crash.

Lucks Lane was closed until 2:30 pm while police investigated.

Farr was under investigation and due in court later this month for allegedly pointing a laser pointer at a police plane.

Meanwhile, another deadly accident occurred at almost the same time over on Hopkins road in Chesterfield.

The separate deadly single-vehicle crash happened around 3 a.m. in the 6900 block of Hopkins Road.

Authorities said 62-year-old Hui Kyong Maxwell, of the 8800 block of Chester Forest Lane, was driving south on Hopkins Road when his vehicle ran off the road and struck the Korean Baptist Church.

Both Maxwell and 75-year-old Pyong Kil Kang, of Sunnyvale California, were taken to area hospitals.

Kil Kang died at the hospital.

We are on the scene of a bad accident in chesterfield-road is closed at Lucks Lane and Explorer Drive pic.twitter.com/UaisWIkER7