Owner knows why drone crashed into stands at bull run 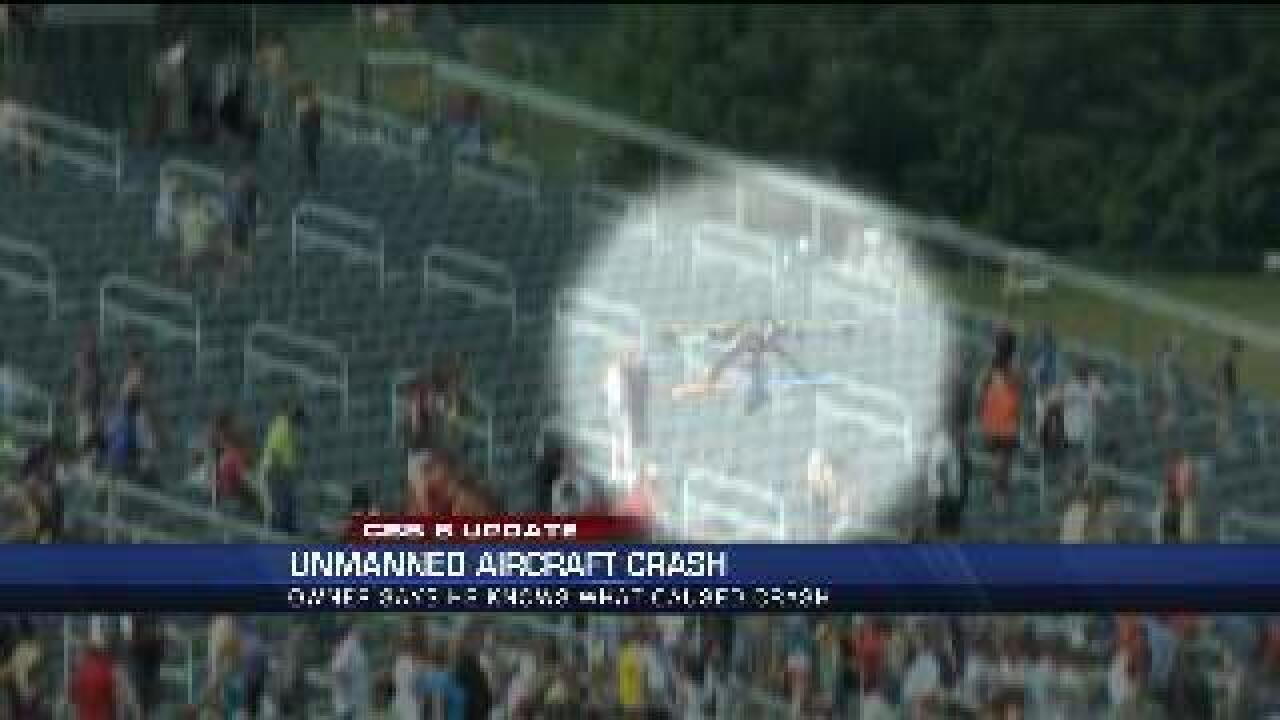 VIRGINIA BEACH, Va. (WTVR) -- The owner of an unmanned aircraft crashed into the stands during last weekend’s Great Bull Run in Dinwiddie County said he knows what caused the drone to fall.

Scott Hansen, a Virginia Beach filmmaker, said the batteries died in the unmanned aircraft, which caused the machine to drop violently from the sky.

“I think it was just pilot error in this particular situation,” said Hansen. “I’ve seen them crash before. We`ve been pretty good about not crashing it -- and I just think he had it too high.”

Hansen said he leased the unmanned aircraft to the organizers of the Great Bull Run. He said no training is required to fly them, but he only loans the device out to pilots with at least a few weeks training.

The FAA is still investigating the crash, which injured five people.

Hansen also said he will compensate the victims who were hurt.