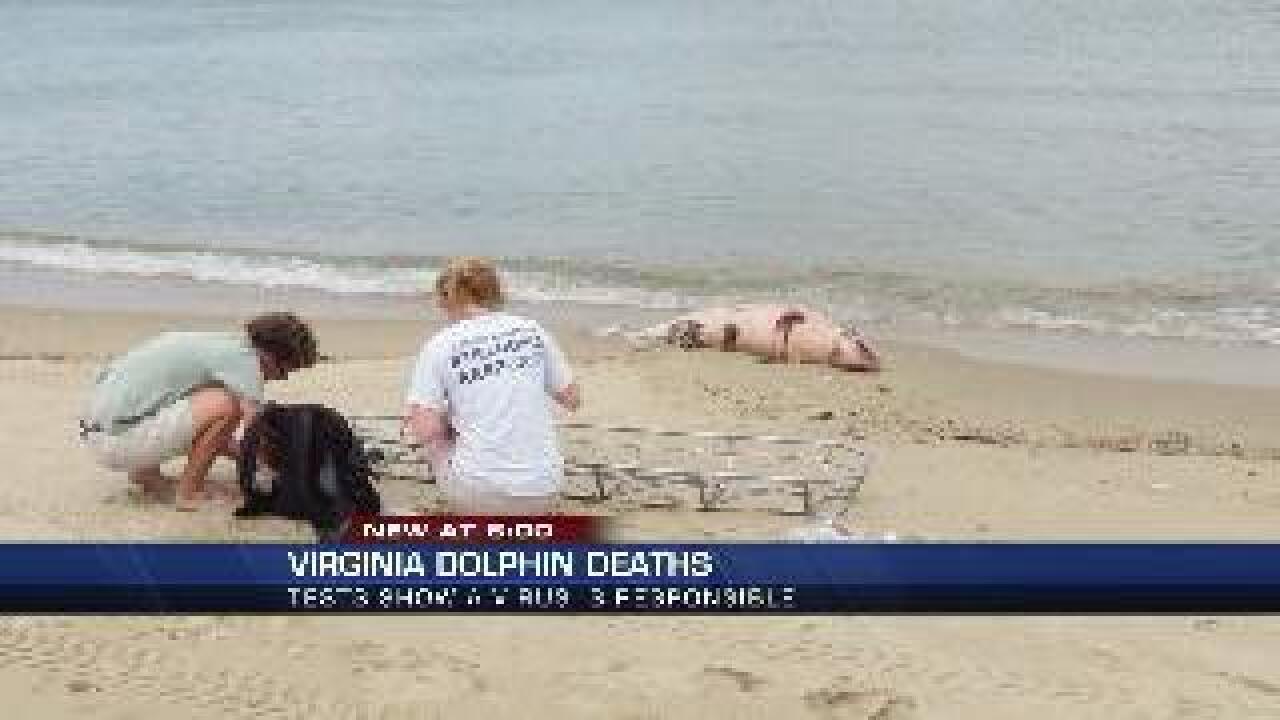 (CNN) - The primary cause for hundreds of recent dolphin deaths along the East Coast is likely a virus, and there's no way to stop its spread right now, federal officials say.

The virus, the cetacean morbillivirus, is similar to measles in humans or canine distemper in dogs, according to the National Oceanic and Atmospheric Administration.

After consulting with disease experts and conducting tests from five affected states, NOAA found that 32 dolphins were either "suspect or confirmed positive for mobillivirus."

The five affected states are New York, New Jersey, Delaware, Maryland and Virginia. North Carolina has also seen an increase in dolphin strandings, according to NOAA.

As of Sunday, there have been 488 dolphin strandings from New York to North Carolina, more than 300 dolphins above the annual average.

The strandings, where dolphins have gotten stuck in shallow water or have washed up on shores, are over nine times the historical average for July and August in the mid-Atlantic region. Some stranded are found alive, but most are found dead, with many in a state of advanced decomposition, according to data published on NOAA's website.

In Virginia, at least 164 dead dolphins have been found this year, said Joan M. Barns, public relations manager for the Virginia Aquarium in Virginia Beach. Seventy-eight have washed ashore so far in August, she said.

There is no vaccination for the mobillivirus, but additional testing on other animals is underway.

Scientists at the NOAA hope that learning more about the virus will help them address factors that may facilitate its spread. While the virus is generally spread through the air or through contact with other animals, it is not infectious to humans.

On August 8, NOAA issued an Unusual Mortality Event in response to the high number of deaths. The declaration brought special federal attention to the deaths as something that serves as an indicator of ocean health and may give "insight into larger environmental issues which may also have implications for human health and welfare," according to NOAA's website.

The UME declaration for the mid-Atlantic bottlenose dolphins is one of 60 that the agency has issued since it was established under the Marine Mammal Protection Act in 1991.

Causes, including infections, biotoxins, human intervention and malnutrition, have been determined for the 29 of those cases.