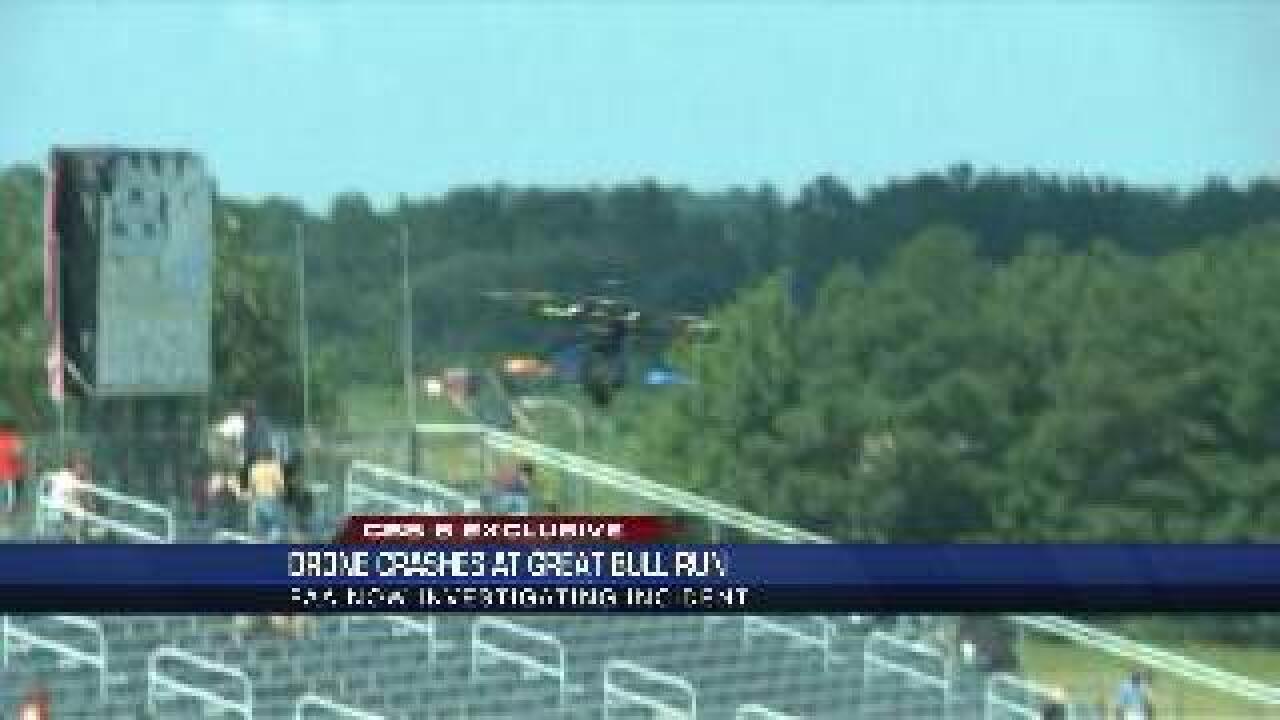 DINWIDDIE COUNTY, Va. (WTVR) - The Federal Aviation Association (FAA) said it was investigating after a remote-controlled aircraft, sometimes called a drone, fell out of the sky and into a crowd of people gathered at Saturday's "Great Bull Run" in Dinwiddie County.

A CBS 6 News camera captured the crash on video.

The remote-controlled aircraft was one of two flying over the event at Virginia Motorsports Park. The aircraft was capturing video of the bull run and tomato fight.

"We are investigating to see if the person flying the unmanned aircraft violated any FAA regulations, particularly the part that says 'No person may operate an aircraft in a careless or reckless manner so as to endanger the life or property of another,'" the FAA said in a statement.

CBS 6 reached out to the owner of the remote-controlled aircraft but has not yet received a reply. [RELATED: Friends survive Bull Run, injured by falling aircraft]

After viewing the video, experts in the field of model aviation said it appeared the remote-controlled aircraft lost its signal with the transmitter before it fell.