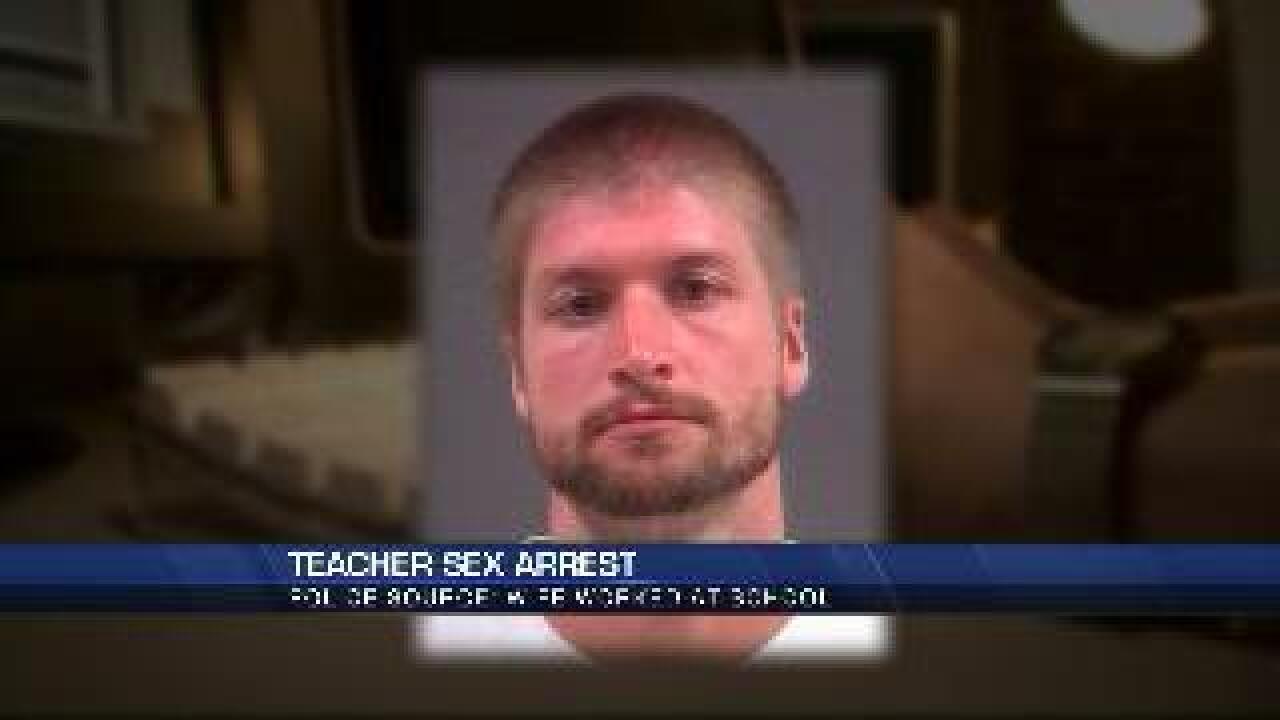 According to police, Ells has been a teacher at Matoaca High School and was arrested for having an alleged inappropriate relationship with a student.

Ells is charged with three counts of taking indecent liberties with a minor while in a custodial role and four counts of carnal knowledge of a child between 13 and 15 years of age, according to Chesterfield Police.

Police sources told CBS 6 that Ells is married with a 14-month-old child. Sources also said his wife worked at Matoaca High School as a guidance counselor.

Police said Ells had allegedly been involved with a student for around four months.  Police sources told CBS 6 News that the teen was 14-years old.

When asked how police found out, we were told someone who knew the suspect saw what appeared to be inappropriate communication between Ells and the girl.

Once school workers were notified about the alleged relationship, Child Protective Services (CPS) was alerted and workers there called police.

Neighbors and students who live near Ells tell us he is married and has a toddler. They also add that Ells wife once worked at the school. Police won’t give many specifics about the girl, other than to say that she is between 13 and 15 years old and she is also a student at Matoaca High School.

Ells had a court appearance Friday afternoon and a judge denied bond. He’s due in court in October for his one day trial. Neighbors along Walker Avenue where Ells lives expressed shock and disappointment upon hearing the news

One mother, who asked not to be identified says she feels sorry for the alleged victim’s family.  One father who lives nearby says his two daughters go to school where Ells teaches. They all told CBS 6 the news was spreading quickly on social media.

“I think it’s crazy. I have two daughters in that age range. I’m glad someone who saw this spoke up” said the father.

If convicted on all of the charges, Ells faces a maximum of 55 years in prison.

CBS 6 talked to the Virginia Department of Education regarding policies on communication in the digital world between students and teachers.

"Those types of interactions between teacher and students, they should be transparent and they should be accessible both to parents and supervisors," said Charles Pyle with the Virginia Department of Education.

Pyle said the board offers guidelines for preventing sexual misconduct and abuse in schools to help create policies.