HOLMBERG: Why does Congress get waiver for health care act? 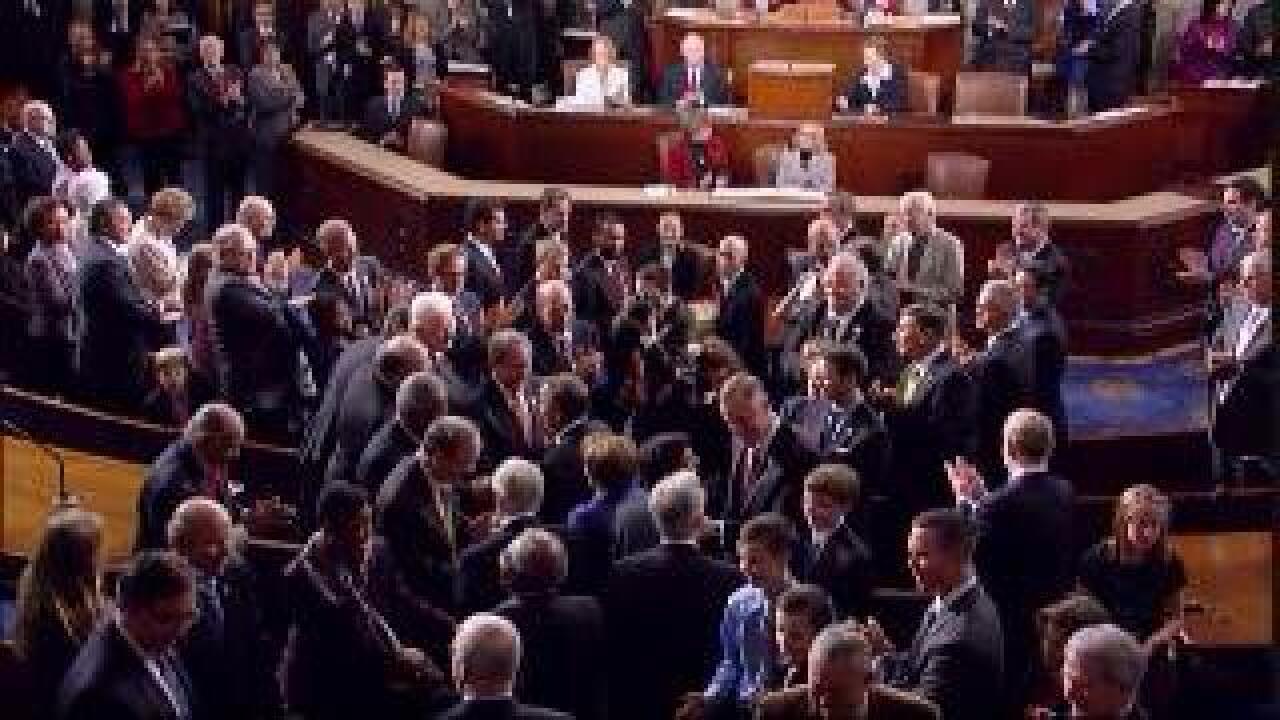 RICHMOND, Va. (WTVR) -- So why does Congress get a waiver for the Affordable Care Act they signed into law for all of us?

That act included the Grassley Amendment from Republican Iowa Senator Chuck Grassley, making it law that all members of Congress and their staffs would lose their traditional blue ribbon federal health care and have to enroll in the new health care insurance exchanges.

Fair enough, right? Let them eat the same cake they baked for everyone else.

But no. Amidst major-league bellyaching from both sides of the aisle, the president has negotiated a $5,000 to $11,000 annual waiver for Congressfolk and their peeps so they don’t have to take what amounts to a pay cut.

Richmond Tea Party member Bruce Jaggerd said it’s not surprising. “It’s just so typical. It’s an elitism, it’s the ruling class. And that’s essentially the way they look at themselves.”

“We’re (currently) getting health insurance as a benefit,” he told the crowd. “If we go on the exchange and get it, we still ought to get some benefit.”

“When the dust settles,” Scott told me after the meeting, “we’ll be exactly financially the same as we are (now). But we’ll be . . . getting insurance in the market, like everybody else that doesn’t have insurance.”

He added that Congress didn’t vote itself an exemption, it voted itself “a penalty,” is losing their previous coverage.

(Repeating for clarity: The Grassley Amendment did two things: It took away Congress' current blue ribbon health care benefit; and it didn't pay them for their "new" health care.)

At about the same time Monday, Republican U.S. Representative Steve King of Iowa was in Jefferson Park overlooking downtown Richmond for a public meeting on immigration reform.

“We didn’t ask for it,” King said of the waiver. The president “stuck that out here and it’s a policy that should be brought before the United States Congress for a vote. The Grassley Amendment clearly says that we’ll live under the same laws as everybody else.”

Even typically staunch supporters of the president and his policies are wondering why Congress gets this waiver.

Amanda Pohl, a lobbyist for Virginia Organizing, said “the Affordable Care Act is good for everybody. And Congress is real people and we believe it should cover everybody, including all real people, including Congress.”

Supporters of the waiver point to a “brain drain” among Congressional staff who could leave because the de-facto pay cut could be too much. Others worry about defections among lawmakers feeling the pinch from the act.

But opponents to the waiver point out that the Grassley Amendment would make Congress experience the health care pinch that so many across the nation are already feeling and will feel in the future: medical debt because of high co-pays and health care self-rationing, for example.

The bottom line, this move means members of Congress will continue to have a taxpayer-funded health care benefit for most of their lives as part of their compensation, although it probably won’t be close to their current blue ribbon standard.

The bigger question: Does the president have the authority to sign over $5,000 to $11,000 of our tax dollars over to each member of Congress and their staff members without having Grassley amended or a new law passed?

Ed. A previous version of this story referred to Rep. Scott as a senator. CBS 6 regrets this error.