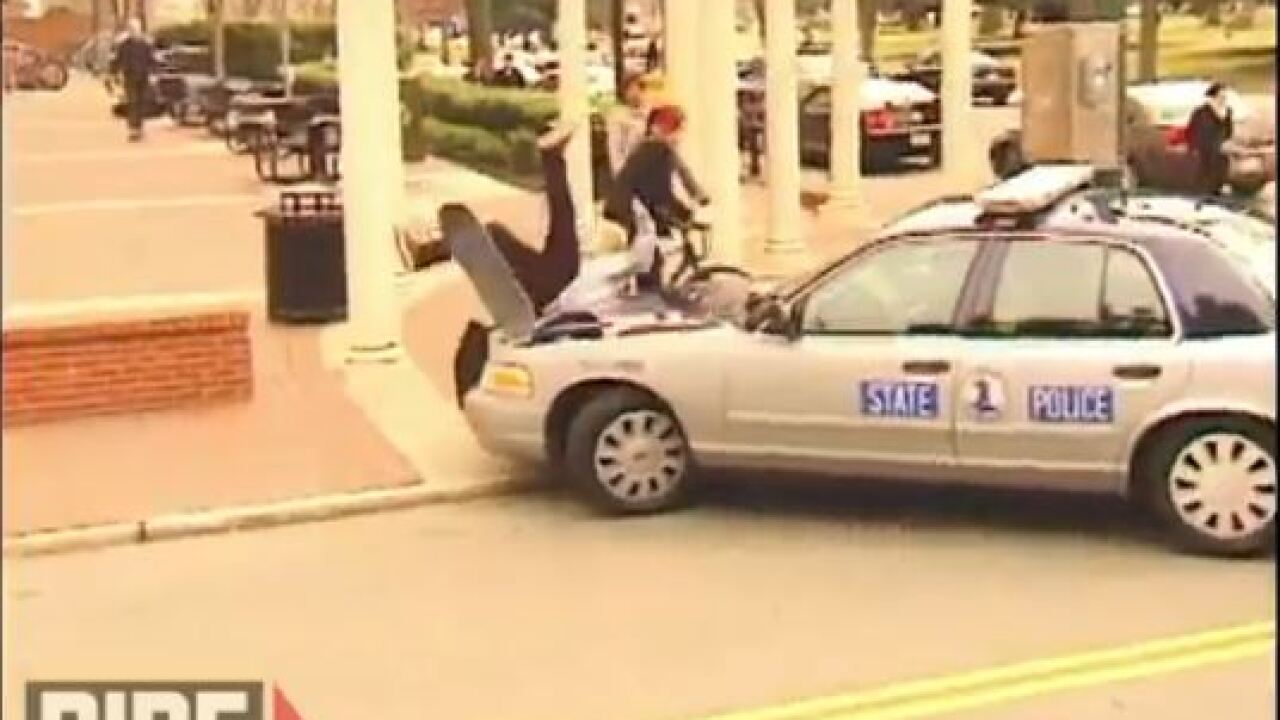 RICHMOND, Va. (WTVR) - A video showing a Virginia State Trooper striking a skateboarder with his police cruiser was published to YouTube Wednesday.

The video appears to have been shot at the intersection of West Franklin and Laurel Streets on Virginia Commonwealth University campus in Richmond.

The video was published to the Ride Channel's YouTube page under the title "Cop Car Runs Over Skateboarder!!!" Links to the video were tweeted Wednesday afternoon by superstar skateboarder Tony Hawk, who has more than three million followers on Twitter.

Virginia State Police confirmed the incident and the  video, and said that it had been edited. They said the full tape, which they reviewed, showed that the trooper did stop, and "followed proper departmental procedures."

"The individual was assessed at the scene by emergency personnel for a minor injury," said Sergeant Thomas Molnar, in a statement to CBS 6.

Scroll down to continue reading, and for the raw video. 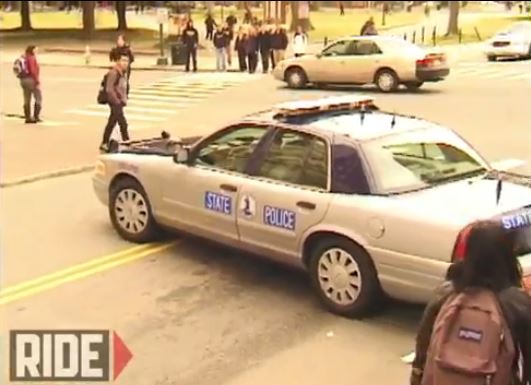 It is unclear, at this point, exactly when this incident happened and police didn't give an exact date.

Sergeant Molnar said that Virginia State Police "are aware of this video as this incident occurred approximately nine months ago in the City of Richmond near the VCU campus."

"I do not have any other details to provide to you," said Sergeant Molnar. "This is a personnel matter and state police does not have further comment on this matter."

CBS 6 did find out that the trooper is still employed with the state police.

Despite the fact that the video was shot on the VCU Monroe Park Campus, VCU Police Chief John Venuti said he was unaware of the incident before it was brought to his attention by CBS 6 Wednesday afternoon.

Venuti said that at no point has Virginia State Police contacted him about what happened or any investigation pertaining to it.

WARNING, VERY GRAPHIC LANGUAGE IN VIDEO! HOWEVER, VOLUME IS DISABLED ON THE EMBED!