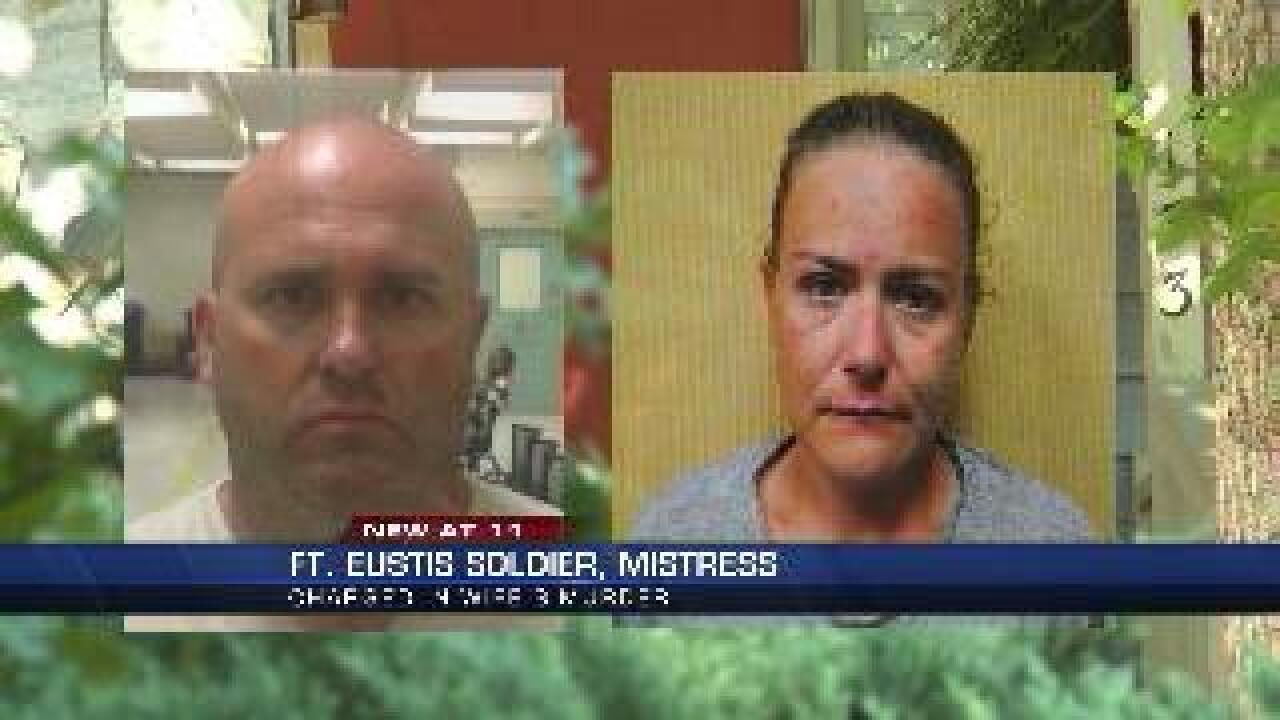 JAMES CITY COUNTY, Va. (WTVR)--Investigators say the murderous plan of a Fort Eustis soldier and his mistress was carried out this weekend, and now that soldier's wife is dead.

Police say Nicole Houchin killed her boyfriend's wife, and the man she was sleeping with, John Mackay, was in on the plan.

Mackay is an army staff sergeant at Ft. Eustis.

Police say the soldier had his girlfriend Nicole kill his wife while he was out of town.

The couple admitted to the affair, and say the wife Dana Mackay knew about. She was home alone when Nicole came over, and police say the plan was clear-kill her boyfriend's wife.

Police say 42-year-old Dana suffered blunt force trauma. Investigators won't say whether Dana forced her way into the Mackay's home on Teal Way, in the Season's Trace subdivision, but there were clear signs of a struggle and some type of weapon was used.

A neighbor checked on Dana for a worried family member and found her dead.

Both Mackay and Houchin are charged with first-degree murder and conspiracy to commit to murder.