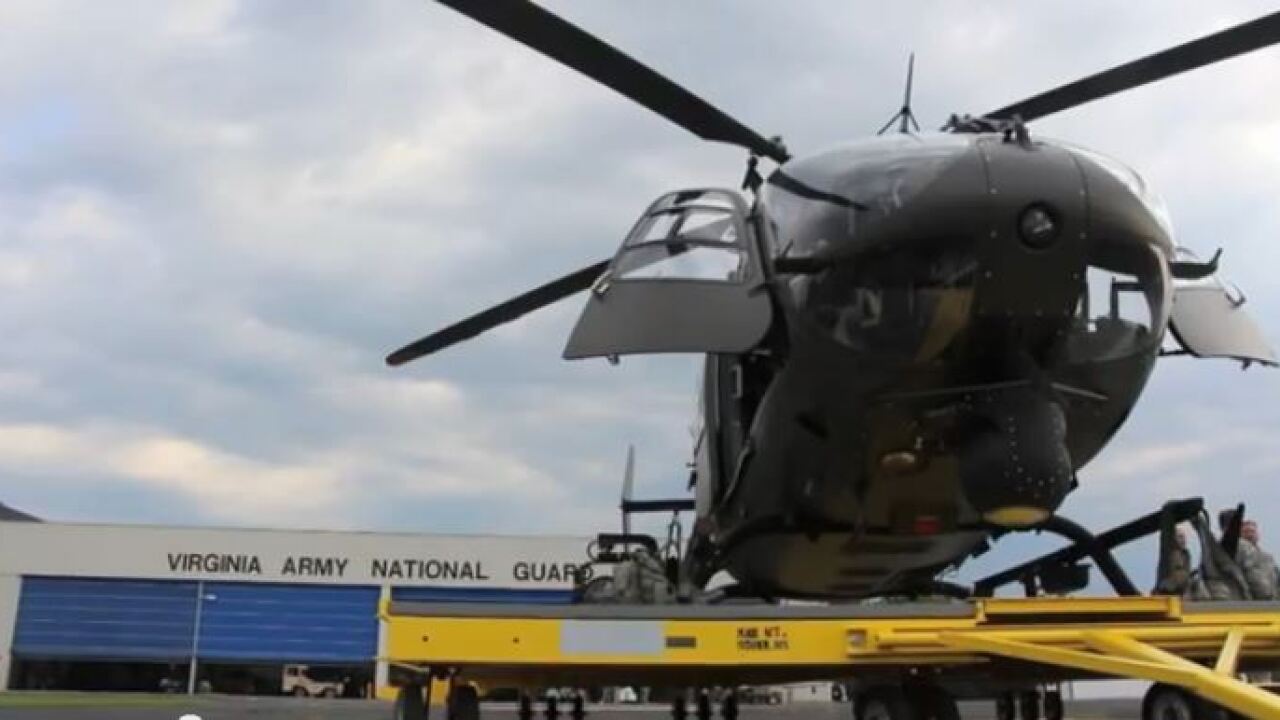 The Virginia National Guard shared some video of the soldiers loading up and leaving aboard a UH-72 Lakota helicopter.