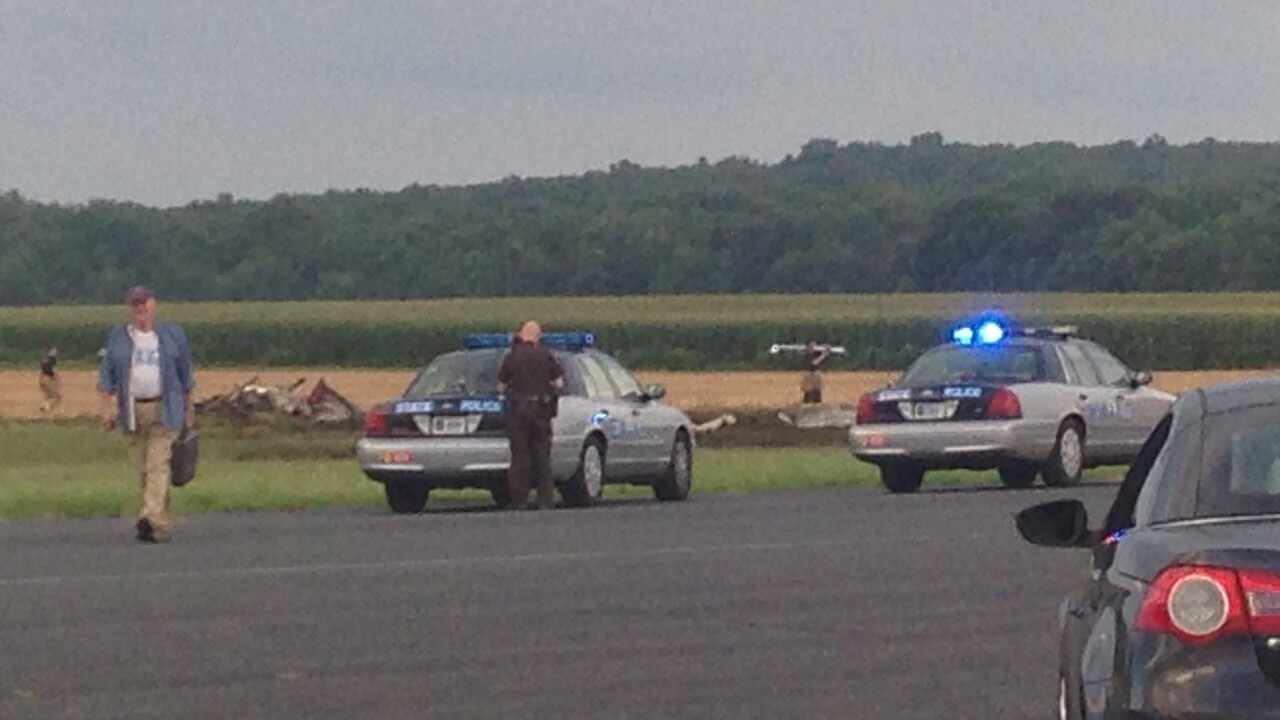 SPOTSYLVANIA, Va. (WTVR)--Spotsylvania Sheriff's deputies and Virginia State Troopers shut the runway down at Shannon Airport Monday.  It was the scene of a deadly small plane crash around 6:30 p.m.

The smoldering debris and mangled metal in front of two trooper cruisers was all that was left of a small Cessna. The pilot was pronounced dead just as the sun set over the runway.

"He was about 2000 feet up and took a nose dive straight into the ground,” said an eyewitness and flight student named “Charlie” who didn't want to reveal his last name.

He said the impact could be seen and heard for miles.  “Those planes have a 40-gallon capacity and we refuel when we turn them in,” he said.  “It hit the ground and it was a Hollywood explosion.  A loud bang and a fire ball."

The owner of JLS Aviation Flight School says the pilot had just rented a Cessna and he was a licensed pilot.   And the owner of the Shannon Airport told CBS-6 the pilot had been engaging in erratic maneuvers before taking the deadly dive.

"He flew over about 50 or 100 feet, buzzed the ground, then gained altitude,” said Charlie.  “I went and told the instructor."

Over in front of flashing blue lights is where the rest of the plane lay.  Troopers say they're waiting on their federal partners before sifting through the wreckage to try to determine a cause.