What happens when we die? Va. researchers investigate near-death experiences 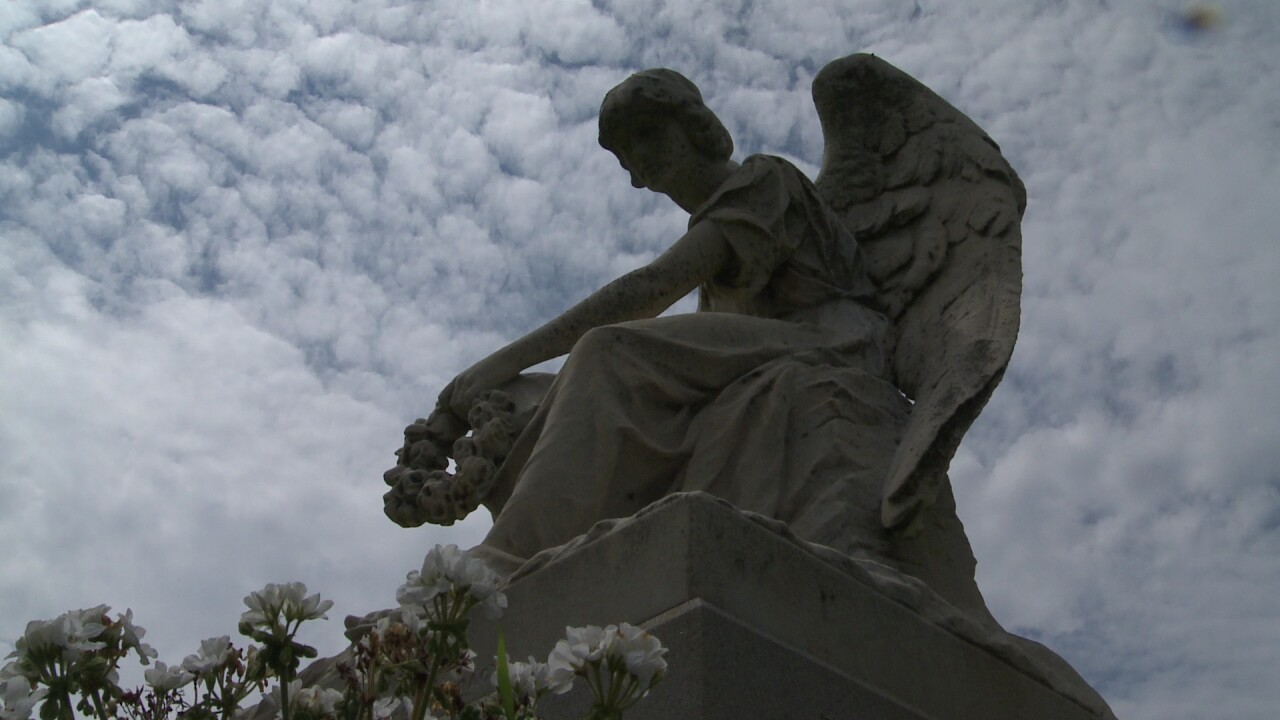 RICHMOND, Va. (WTVR) - What happens after we die?  Is there a resting place for our souls, somewhere beyond this earth? Wayne Hart believes there is. In fact, he says he's been there.

"I saw and experienced things beyond anything that I could have ever imagined," Hart says.

In August of 1996, Hart was on death's door after being struck by a car while moving his disabled vehicle off a busy Spotsylvania County road.

"The last thing I remember was headlights so close to me, I could have touched them," Hart remembers.  "Then everything went black."

As doctors worked to save Hart's life in the emergency room, he says he could feel himself falling backwards into death.

"But then I felt myself turn, it was like a cooling breeze on my face and I saw that pinpoint of light and I was up in the corner of the emergency room looking down on a very broken, bloody body lying on the gurney."

While Hart recalls the frantic efforts to save him, he says he felt no fear or anxiety.

"Then the most extraordinary thing happened," Hart recalls. "Behind the gurney, the wall of the emergency room dissolved away."

Beyond that wall, Hart believes, was another realm.

"There was a perfect sense of peace, of belonging, of being home," Hart says.  "I sensed a presence around me that said 'You're going to go back.'"

On that day, Hart says he experienced something that thousands of others claim they have as well; a near-death experience.

Psychiatrist Dr. Bruce Greyson has been studying the phenomena for 30 years.

Greyson and a small team of researchers at the University of Virginia's Division of Perceptual Studies, are seeking the answer to a question that has baffled scientists and philosophers for thousands of years -- are the physical brain and conscious mind connected or are they entirely separate?

Some researchers believe near-death experiences might indicate the latter.

But not everyone is a believer.  Skeptics have long argued that near-death experiences are merely the final expressions of a dying brain. Dr. Eben Alexander, a renowned neurosurgeon and former Harvard professor, says he was once a skeptic.

"For me, science was the pathway to truth," Alexander says.

Alexander was living in Lynchburg, Virginia, with his family in 2006, when a rare and deadly form of meningitis infected his brain, sending him deep into a coma for seven days. But even with no recognizable signs of brain activity, Alexander says he still experienced something profound.

"It was a very beautiful realm, filled with flowers blossoming, these lovely colors and textures beyond description," Alexander says. "And I was moving up through it as a speck on a butterfly's wing, with millions of other butterflies."

On his journey, Alexander says he was accompanied by a guardian angel.

"She never spoke a word, but her message to me was very clear," Alexander recalls.  "You are deeply loved and cherished forever.  You have nothing to fear, there is nothing you can do wrong in this realm."

While Alexander says the experience initially strengthened his faith in God, he says it was a revelation made four months after he emerged from the coma, that convinced him his journey was real.

For years Alexander - who was adopted as a baby - had been trying to find his birth parents, who had him when they were teenagers.  When Alexander finally met his biological family after his recovery, they sent him a photo of his birth-sister, a beautiful young woman who had died of cancer at the age of 37, just a few years prior.

Alexander says he had never seen or met her, but when he looked at the picture, he instantly knew her - she was the guardian angel he had seen while in the coma.

"There's no way my mind could have ever made that up," Alexander says.  "That part was a tremendous revelation."

The book he has written - "Proof of Heaven" - has been at the very top of The New York Times Best Seller's list for almost a year.  Everywhere Alexander speaks on his book tour, hundreds show up to listen.  In early July, Alexander spoke to a large crowd at Reveille Methodist Church in Richmond.

Dr. Bruce Greyson says Alexander's success has grabbed the attention of the medical community, where finding funds to conduct studies on near-death experiences is often challenging.

Beginning in January, Greyson and his team at UVa. will participate in a research study where doctors will attempt to monitor near-death experiences as they occur - in the hospital.

Doctors plan to use computers to strategically project random images in the emergency room, operating room, and other parts of the hospital where people tend to go into cardiac arrest. The images will be placed in area that would be tough to see unless one was looking down from above.

"We know that 10 percent of people who have cardiac arrest will say during the arrest, they left their bodies and many say they hovered above their bodies, looking down on it," Greyson says.

Researchers hope to study what is happening in a person's body and brain at that exact moment.  They also plan to study how the experience changes the person.

"Everything changed," Wayne Hart says.  "I was a completely different person."

Hart says he has a new outlook on life. A life with much simpler pleasures these days.

"Now my personal definition of God is everything," Hart says.  "That spirit is there, it's always there."

While science may never have all the answer that we seek as human beings, Hart says there's faith. Faith that beyond this world, something extraordinary awaits.

"That makes us very powerful and important beings," Hart says.