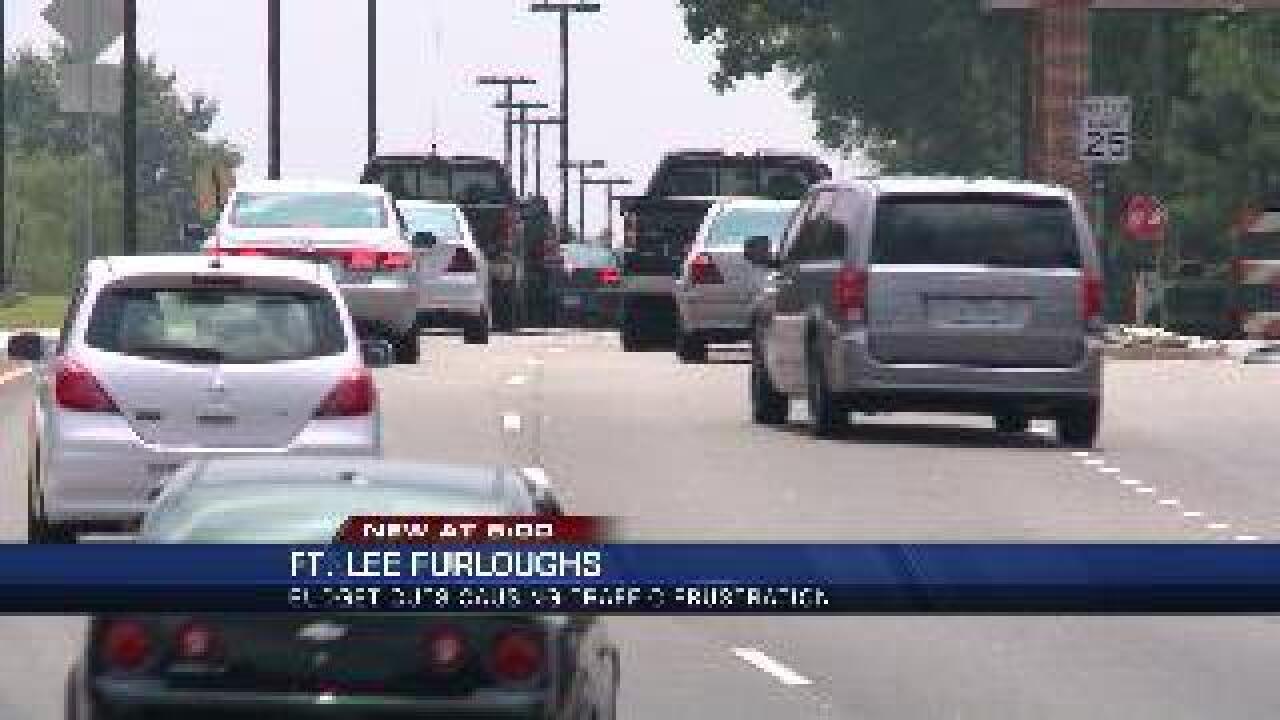 FORT LEE, Va. (WTVR) -  The hour-long traffic jam that formed at Fort Lee near Petersburg was due, in part, to government-ordered furloughs, according to the public affairs office at Fort Lee.

The traffic jam formed July 12, the first of 11 weekly furlough days.Friday, July 19, was another furlough day.

The money-saving furloughs, also known as the sequester, combined with a Department of Defense rule against letting members of the military fill-in for furloughed civilians, has forced Fort Lee to limit or closes access gates to the post through September, Fort Lee spokesman Stephen Baker indicated.

He said the furlough-day traffic situation has caused "concern and frustration" among those who live and work on Fort Lee.

"No overtime is currently authorized,” Martin said in a statement. “Prior to the furlough that's how our Department of the Army Security Guards (DASG) were able to maintain the hours required to run our gates."

He said the no overtime order, plus a July 2 Defense Department memo that prohibited Fort Lee from using "borrowed military manpower," plus the fact they are short 20 Department of the Army Security Guards has created this situation.

“Scheduling the (guards) required to maintain the current hours is a complex orchestration of manpower,” Martin posted in response to a question on Facebook. “You may see 5-6 guards at Sisisky (Gate) for a very short period as shift transitions occur. We're also rerouting all commercial traffic through Sisisky and two of the guards at that location are dedicated to the inspection of those vehicles while any others on site continue to inspect ID cards for regular traffic.”

The Sisisky Gate is the only access point to Fort Lee open 24 hours a day, seven days a week. Martin said they are monitoring the "gate situation" and will tweak plans to meet the needs of the community.

Fort Lee officials suggested carpooling and staying on base to eat lunch as ways to reduce traffic congestion.

“Above all, safety should be the No. 1 concern,” Martin said. “Careless driving could result in an accident that would further tie up traffic and, worse yet, cause possible injuries or a fatality. Slow down and get here safe. In light of the circumstances, I think that's the best advice I can give.”