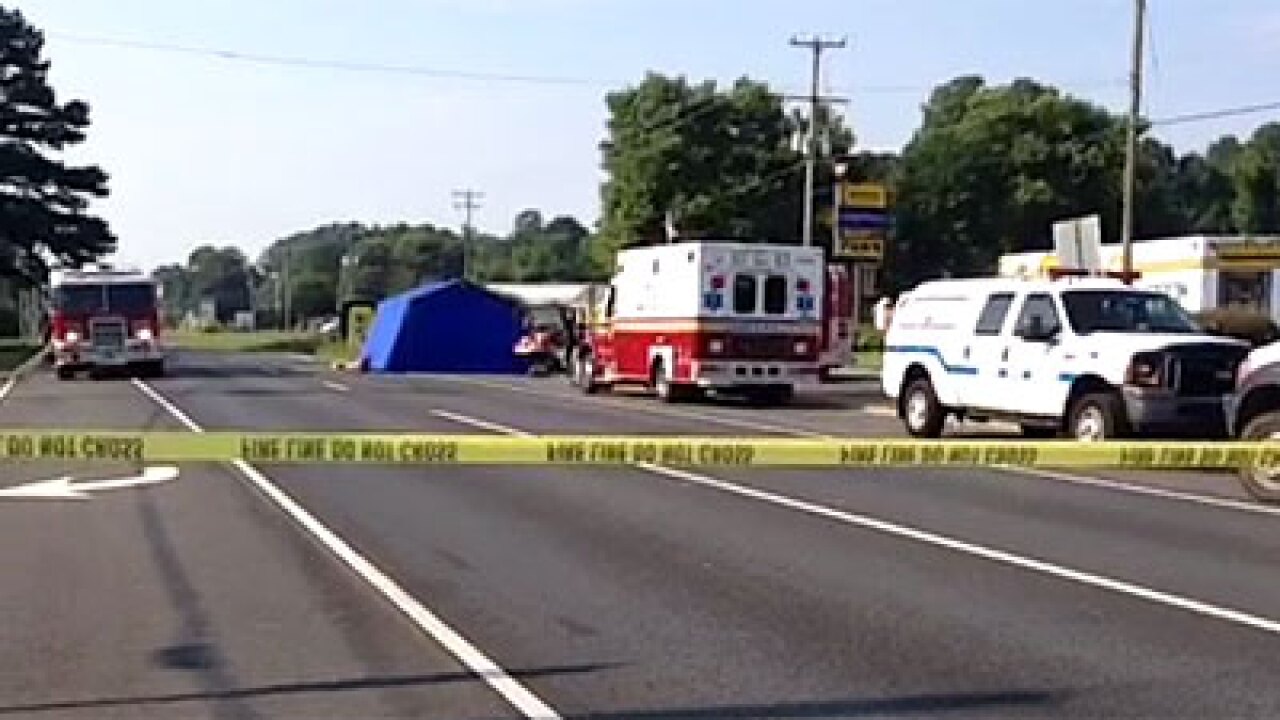 GLOUCESTER COUNTY, Va. (WTKR) — Homes and businesses were evacuated in parts of Gloucester County after a hazmat situation Wednesday morning.

Officials said the incident happened at Advanced Finishing Systems off Route 17 in the 2900 block of George Washington Memorial Highway in Hayes.

Officials with the Newport News Regional Hazmat team said vapor from a chemical used  to remove metal coatings was released. Crews found a heat source attached to a tank had been left on, which caused nitric acid to overheat. As a safety precaution, the tank released the pressure in a gas form, which officials said did not pose an immediate threat to the public.

However, officials told residents to evacuate who lived near Kemp Lane from 2700 to 2800 Block and Peppers Road. That included the Peppers townhouses and residences, and businesses on George Washington Memorial Highway from Chapman Drive to Powhatan Drive.

All residents were allowed back to their homes, except folks on Peppers Lane since fire trucks were blocking the way.

The incident was contained and officials said once cleanup is completed, George Washington Memorial Highway would reopen sometime early this afternoon.

Really can't see much except southbound traffic on 17 https://t.co/yEW4OOb4zp

Really can't see much except southbound traffic on 17 https://t.co/yEW4OOb4zp