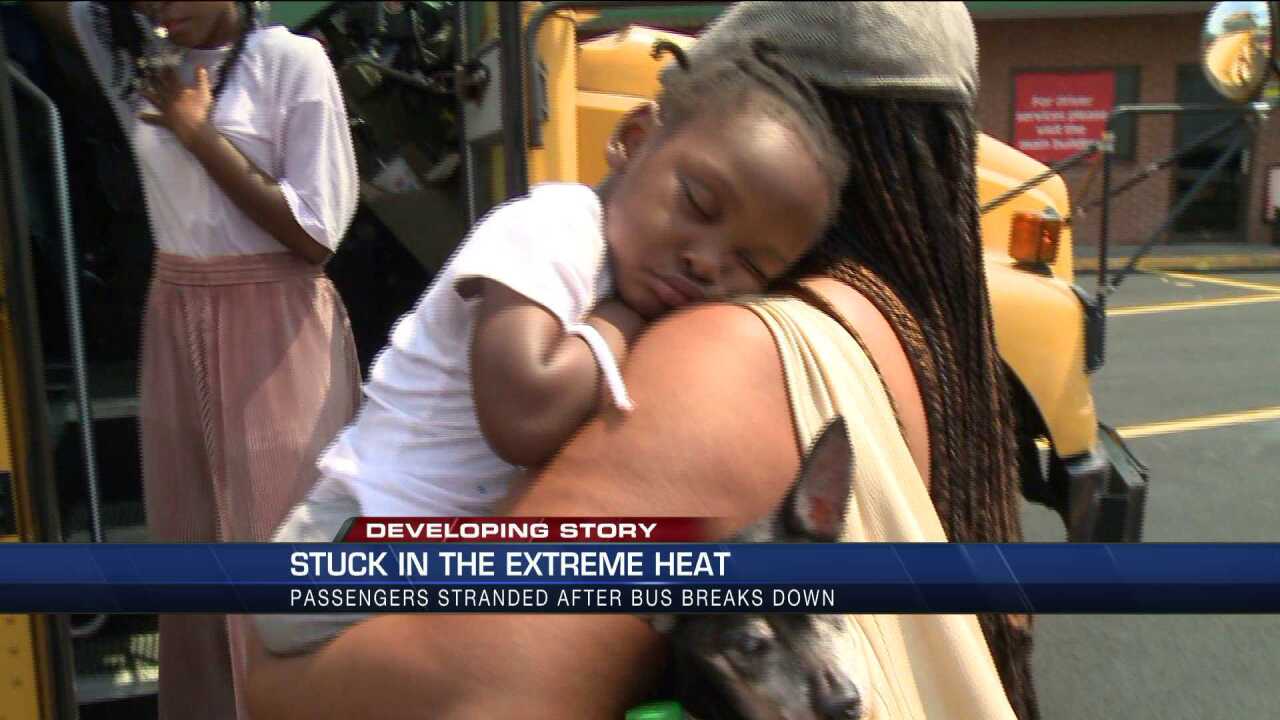 CAROLINE COUNTY, Va. (WTVR) -- Stranded passengers finally reached their destination in New York City after spending more than 24 hours at a truck stop in Caroline County due to a bus breaking down.

The All Nations Coach Inc. bus left Durham, N.C. at 10 p.m. on Monday and was scheduled to arrive in Manhattan at 7 a.m. on Tuesday. However, the group was left stranded in Virginia after few hours into their trip.

Passenger Bashir Joseph told CBS 6 News that the bus broke down shortly before 1 a.m. Tuesday.  He said that  when the bus started having problems, the driver managed to make it to a gas station off I-95 exit 98 near Kings Dominion.

Joseph said they were there for about eight hours before a mechanic arrived. After the mechanic fixed the bus, they headed out but only got to exit 104 before the bus broke down again. [RELATED: Passengers stuck outside city in extreme heat after bus breakdown]

The intense heat hit the passengers hard as they waited outside of the Flying J Truck stop off of route 207 in Caroline. Some took their children inside and after 14 hours they called CBS 6 News and the sheriff’s office.

Deputies there arranged for school buses to shuttle 35 of the 53 passengers to a nearby travel stop and a Denny’s Restaurant.

However, two people, including the driver, passed out and had to be taken to an area hospital. The other 16 people found a way home, according to Major Scott Moser with the Caroline County Sheriff’s Office.

The group that ended up at the Denny’s was given free food and water while they waited to see if the company’s owners would send another bus.

Joseph said he is grateful for help from the Red Cross, Denny’s and the county’s fire and EMS workers who stayed with passengers throughout the day.

After hours waiting in the scorching heat, the bus finally made it back to Manhattan via a Greyhound bus around 3:30 a.m. Wednesday morning.

All Nations Coach Inc. said all of the passengers will receive a refund.