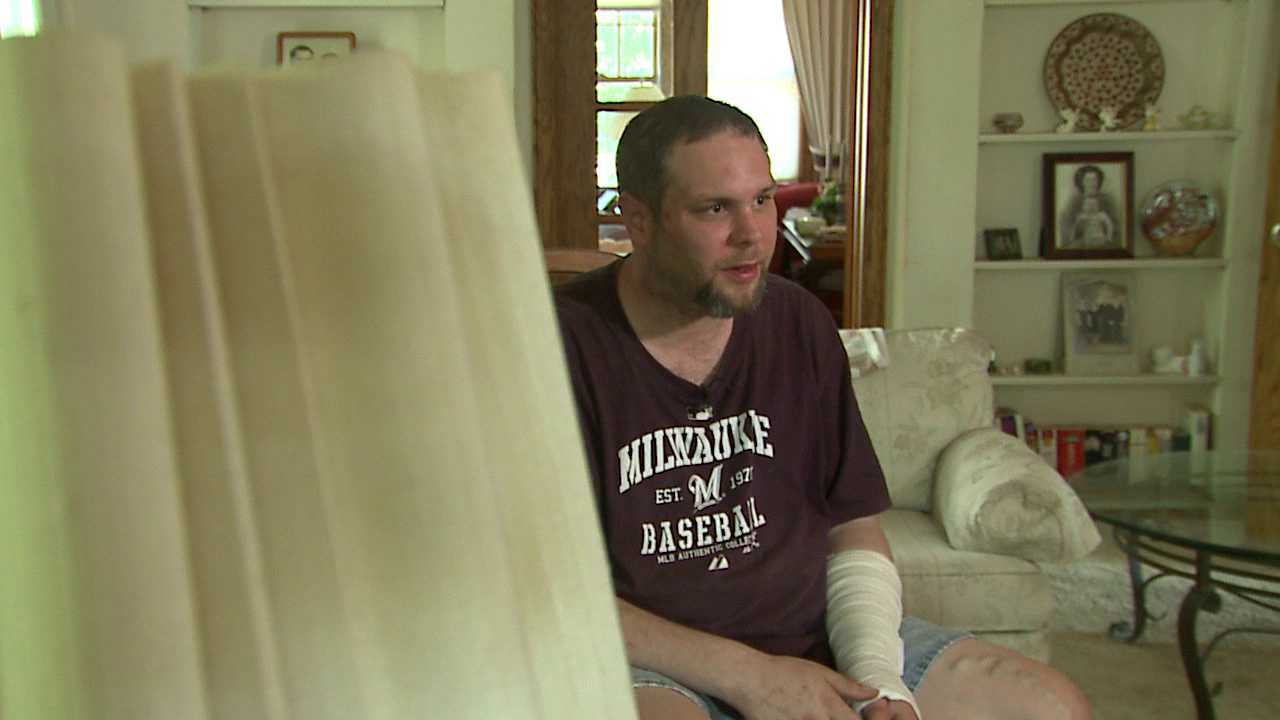 MILWAUKEE (WITI) — A 34-year-old Milwaukee-area man said he was beaten up Sunday night in a “racially-motivated” attack. He told FOX6 News he heard one of the suspects refer to Trayvon Martin as they hit him.

“I get hit from behind, I get spun around, and then I get tackled and knocked to the ground. This lasted at least five minutes before I blacked out. I woke up and I remember thinking ‘is this ever going to end?’” the man said.

Milwaukee police are investigating the incident. The man said he was jumped while walking near a friend’s house.

The man, who said he has no racial prejudice, pointed out it was a black man who stopped the attack and called 911.

“I remember him holding my arm the whole time until the police showed up. He said, ‘I got this, nothing more is going to happen to you,’” the man recalled. “We need to come together to come through this Trayvon Martin, George Zimmerman thing. If we decide to do what happened to me, it’s not going to solve anything. It’s going to drive the wedge even further,” Christopher said.