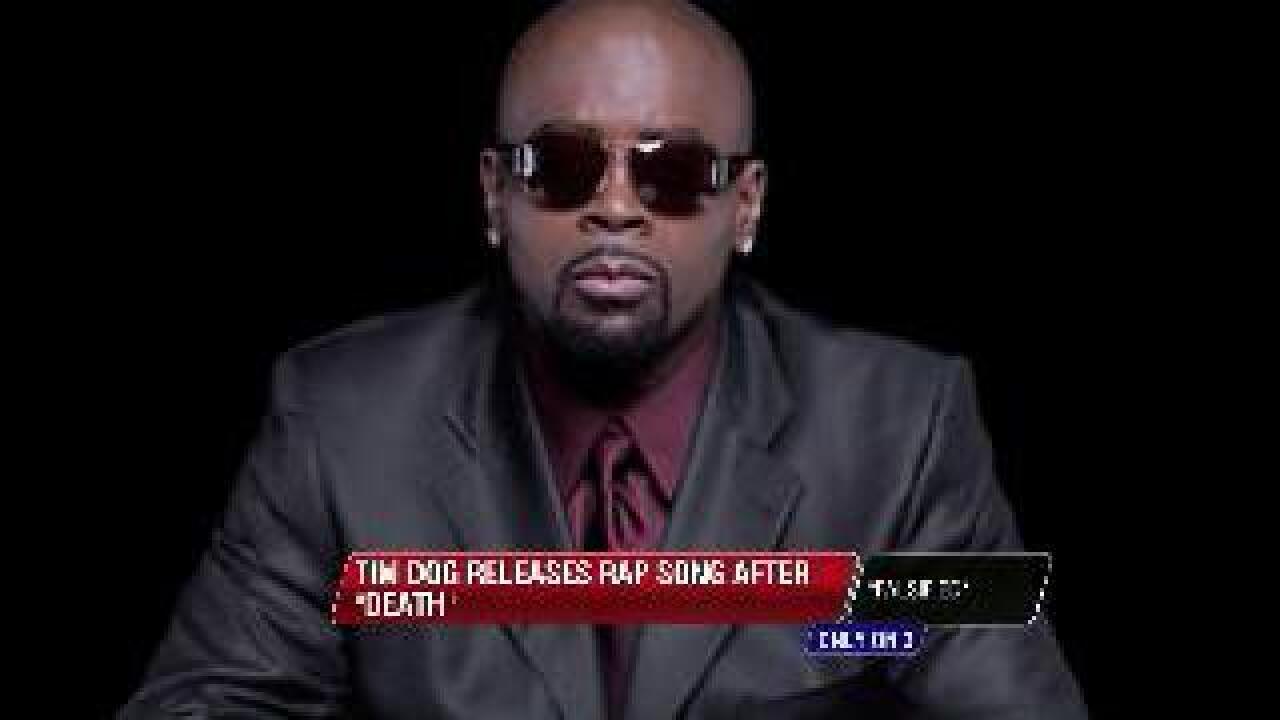 And according to the song’s lyrics, he comes clean that his death was a sham, according a report from WREG’s Sabrina Hall.

Tim Dog, or Timothy Blair, allegedly owes millions of dollars to people around the world and right here in the Mid-South.

The song, appropriately titled “falsified,” features Tim Dog and colleague Kool Keith rapping about how the star faked his own death.

Except the lyrics seem to blame others for the apparent sham.

“Thank the Lord you`re alive. They falsified. People selling your music. They falsified… I am like Kanye West, I am the best,” according to the lyrics. “Tim Dog is alive. A cornball made the rumor. The press said he died.”

Steven Jubera, the Desoto County prosecutor trying to bring Blair to justice, said he was not surprised by the news.

“I figured there would be some new material coming out,” said Jubera. “I figured it wouldn`t be such a blatant statement as ‘falsified.’”

Tim Dog made it big in the 1990s with his song about Compton, but later went on to become more famous by allegedly conning women on online dating sites.

Esther Pilgrim stood up to Blair’s con and took him to court. A Mississippi judge found Blair guilty of grand larceny because he swindled her out of $32,000.

Pilgrim said women from all over the globe have banded together, sharing their grievances against Blair.

The rapper is even accused of making thousands of dollars pretending to be an agent for stars like Mary J. Blige and NAS, getting promoters to book concerts that never happened. Many of the alleged victims are still fighting to hold Blair accountable.

As for Pilgrim, the courts ordered Blair to repay the money she gave him.

“The minimum payment required was $100 — and that`s exactly what he paid me,” said Pilgrim.

However, she said those payments stopped when he was reported dead on Feb. 14, 2013.

Now it seems Blair is trying to come back to life by releasing a rap song, who friends admitted to recording after he allegedly died.

WREG found no death records in his name, meaning most likely the rapper is alive.

Jubera believes the latest rap song is another trick to point the blame at someone else.

And once Pilgrim’s payments stopped, a judge issued a warrant for Blair’s arrest.

“I certainly want to see him brought to justice,” she said.

As of WREG’s report on this story on Monday, Blair still has not been located. And Kool Keith, who raps on the song with him, claims he doesn’t know where he is either.

Authorities said once he is located, he will be extradited to Mississippi to face charges.

Read more on this story from WREG in Memphis.