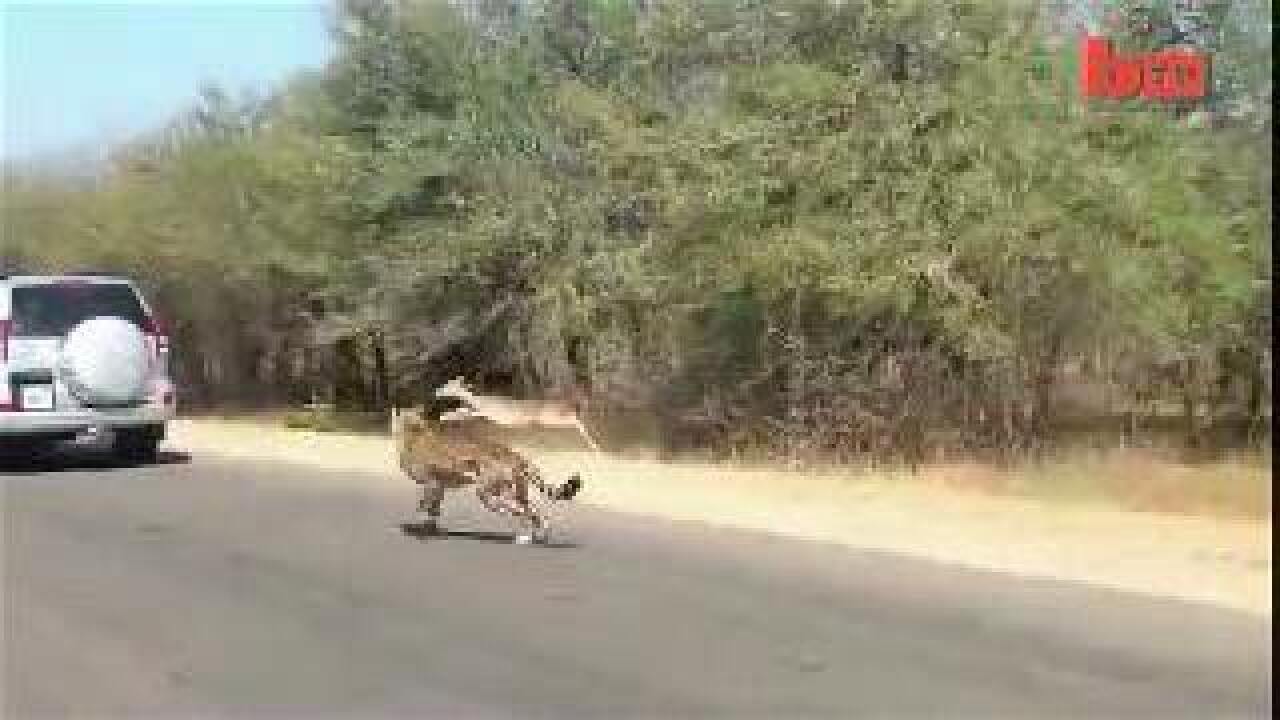 Click below to watch the incredible scene captured by South African tourist Samantha Pittendrigh on her mobile phone:

Tourists looked on in shock as the panicked creature searched for an escape route. Eventually the impala took advantage of a narrow window of opportunity, literally. It jumped into the passenger-side window of a nearby Toyota Prado.

The cheetahs, hot on the trail, were forced to give up the chase. The door of the Prado was opened soon after and the impala exited the vehicle.