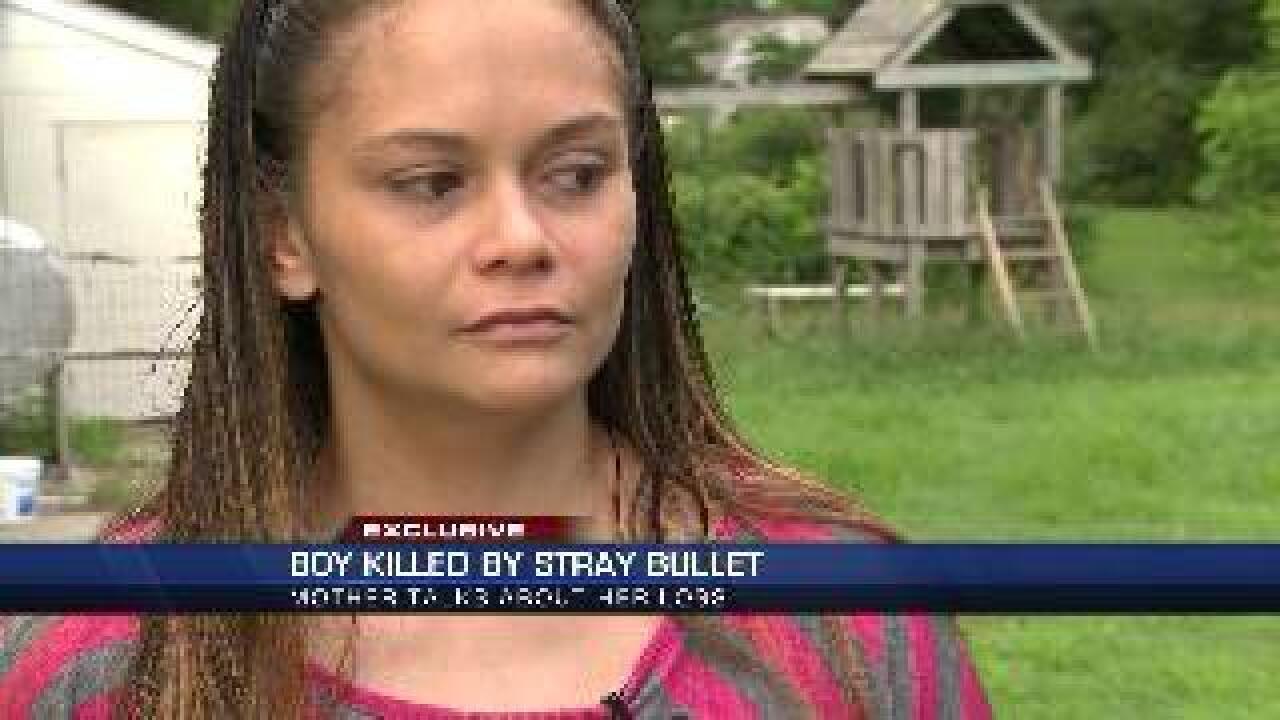 CHESTERFIELD COUNTY, Va. (WTVR) - The pain Marie Harris feels cuts so deep, she says she is not even sure how she has been able to put one foot in front of the other in the days since her son Brendon Mackey was hit and killed by a stray bullet.

Mackey was walking to a fireworks show with his dad at Sunday Park in Brandermill on July 4 when he was shot in the head by celebratory gunfire.

“My son is gone at  seven-years-old," Haris said. "He was just a baby and he didn't deserve this at all."

She said she thinks it’s "really careless to shoot a gun up in the air."

"I have a feeling the person [who fired the shot] wasn’t alone and that there were other people there that know; I wish somebody would just come forward,” she said.

She wants that person to know how she and her family have been struggling with their loss.

"It hits you at certain points; when you’re doing certain things like doing laundry and pull out some of his clothes," Harris added.

She said the home they moved into a little more than a month ago is now eerily quiet without her little boy who loved playing with his five-year-old brother and 11-year-old sister.

The family knows Brendon’s death is affecting many others in the community. Harris hopes her words touch the heart of the person whose finger pulled the trigger.

She said eventually the person is going to be forgiven. She said she knows "it wasn't intentional and doesn't "hate the person."

But she does want to "know that they feel bad too."

"I want to know they care about what they did,” Harris explained.

She said community support has been tremendous. They’ve seen an outpouring of cards, kind gestures and thousands of dollars raised online at gofundme.com.

"I really want to tell the community thank you.This was an unexpected expense. I never imagined I’d have to prepare for something like this," she said. "We couldn’t have done it without the community at all. I am so thankful."

Forensics testing indicated the rifling on the bullet is mainly consistent with, but is not limited to the following firearms manufacturers:

If you were firing a gun or you know someone who was firing a gun in the area of the Swift Creek Reservoir around the time of the incident, call Chesterfield Police at 804-748-1251 or Crime Solvers at 804-748-0660.