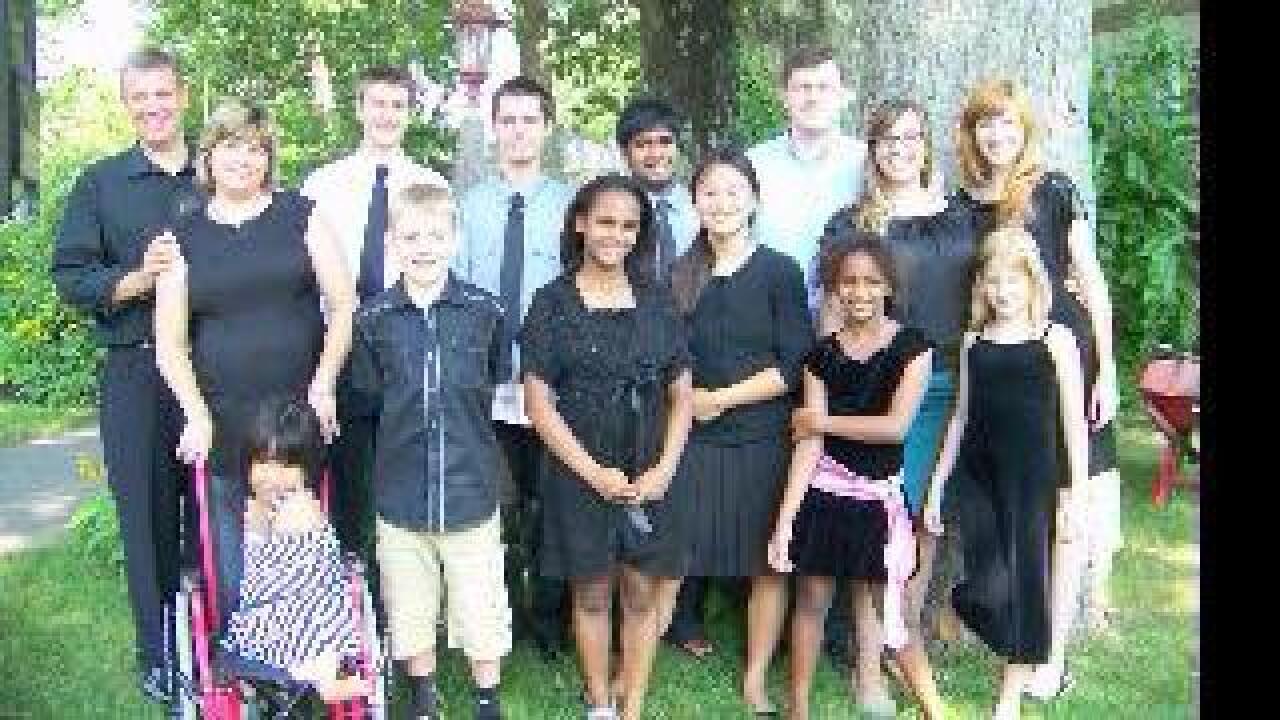 HANOVER COUNTY, Va. (WTVR)--Perhaps you’ve heard of George Dennehy of Ashland, the young armless musician and composer who has played for governors, rock stars, congregations near and far and has appeared on CBS 6’s Virginia This Morning.

But what you may not know is George is just one of nine children from six countries adopted by Michael and Sharon Dennehy of Ashland.

While the Dennehys had a nice suburban lifestyle thanks to Michael’s success in IT sales, they say true richness came with sharing their home and their hearts with their adoptive children, who have joined their three biological children.

This is a family whose home is built on faith.

“I think our society has it backwards because we’re always trying to find ways to make ourselves happy, and it usually doesn’t work,” says Sharon Dennehy. “But when you serve other people, the happiness comes.”

It began, Michael Dennehy said, with a conversation he and his wife had while driving back from church, discussing the sermon about “living out your faith, instead of just listening.”

His wife suggested doing something radical, something “out of the box.” Michael said he thought she meant volunteering at a soup kitchen or a homeless shelter.

Then Sharon suggested they adopt a child no one else wanted.

“I was like, ‘Whoa! I don’t know about that one,” Michael recalled.

That led to George, who was dying in a Romanian orphanage because people there thought he was cursed by being born with no arms.

Sharon said watching how quickly he improved with nourishment and love inspired them to keep going.

Watch the story of how the Dennehy family grew here, just click on the video box above.

“When you give up your life for others,” Sharon says, “you find who you are. You find your fulfillment.”