Soldier fights to restore rank he lost because of his race 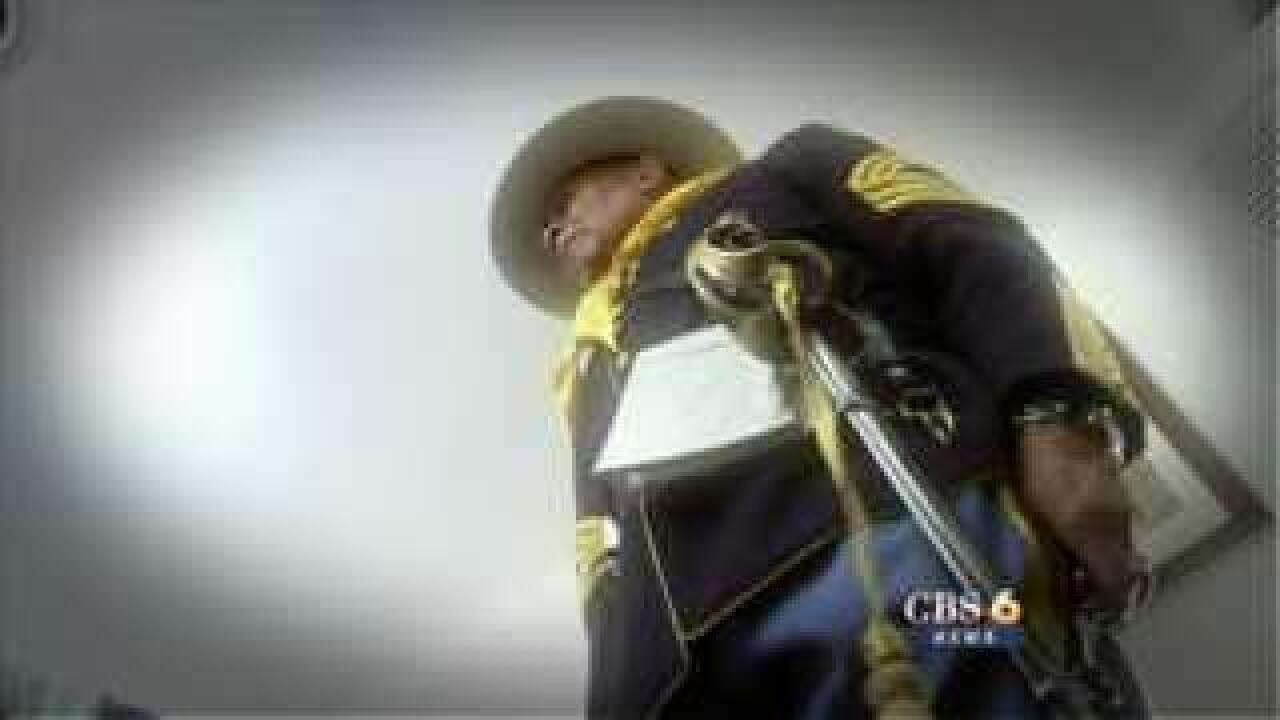 CHESTERFIELD COUNTY, Va. (WTVR) - They were fierce fighters, African American men skilled at military combat. Buffalo soldiers, as they were called, were often foot soldiers on the front lines.

Today very few are still alive to tell their story.

Just putting on his wool uniform can trigger a sacred time past for 88-year-old John Nichols of Chesterfield. He spent a career in the U.S. Army and is a living buffalo soldier.

Nichols is now fighting the same military he once fought for. He is in a battle to restore his rank in the Army. Nichols was demoted from an E7 master sergeant to an E1 private just before World War II.

The demotion was not for anything that Nichols did. It was due to color of his skin.

"White troops were not willing to accept orders from African American men, men in positions of authority,“ he said.

VCU history professor Greg Smithers contends racial demotions were very much a reality during this time of war. Black soldiers were often trained in remote area to remain unseen and told to dismount from their horses when in the presence of white citizens.

Nichols recalls clearly the day he was told that if he wanted to go to war, he'd have to surrender his stripes.

"If you had a rank, you couldn't go. You had to give your rank up if you wanted to go fight and I said is that what I have to do?," said Nichols, "Then I ripped them off and said send me."

And so Nichols was sent to the battlefront and fought among his fellow buffalo soldiers in Europe.

"They saw some terrible fighting and they fought bravely and gallantly during that combat," Smithers said.

Nichols said he often flashes back to the gunfire, the trenches and the bloodshed.

"It's not something you want to live with but it was part of the job," he said.

In 1948 President Harry Truman desegregated the military, dissolving the existence of the buffalo soldiers. Nichols wouldn't leave the ranks until much later in 1964. By that time he'd been promoted back up the ranks to an E6, one rank short of where he claims he was listed before his demotion.

"For many years and through many avenues I've tried to have my rank rightfully restored," he said.

Nichols has written letters to senators, the U.S. Army, colonels who served beside him, even the President of United States about his rank. Many he has written have taken up his cause. Unfortunately Nichols doesn't have paperwork to prove his case and neither does the military.

"I said well you're not getting away with this, I worked hard for my stripes," he said.

An enormous fire in St. Louis in 1973 destroyed millions of military files. That was one possibility the army reported to Nichols as a possible reason why his paperwork doesn't exist. Nichols is nevertheless convinced he knows the truth and is determined to prove it.

"I'm right and right should prevail, and as long as I'm alive I will be fighting this fight until I win," he said.