HOLMBERG: What’s up with the ‘Eat At Home’ stickers and spray paint? 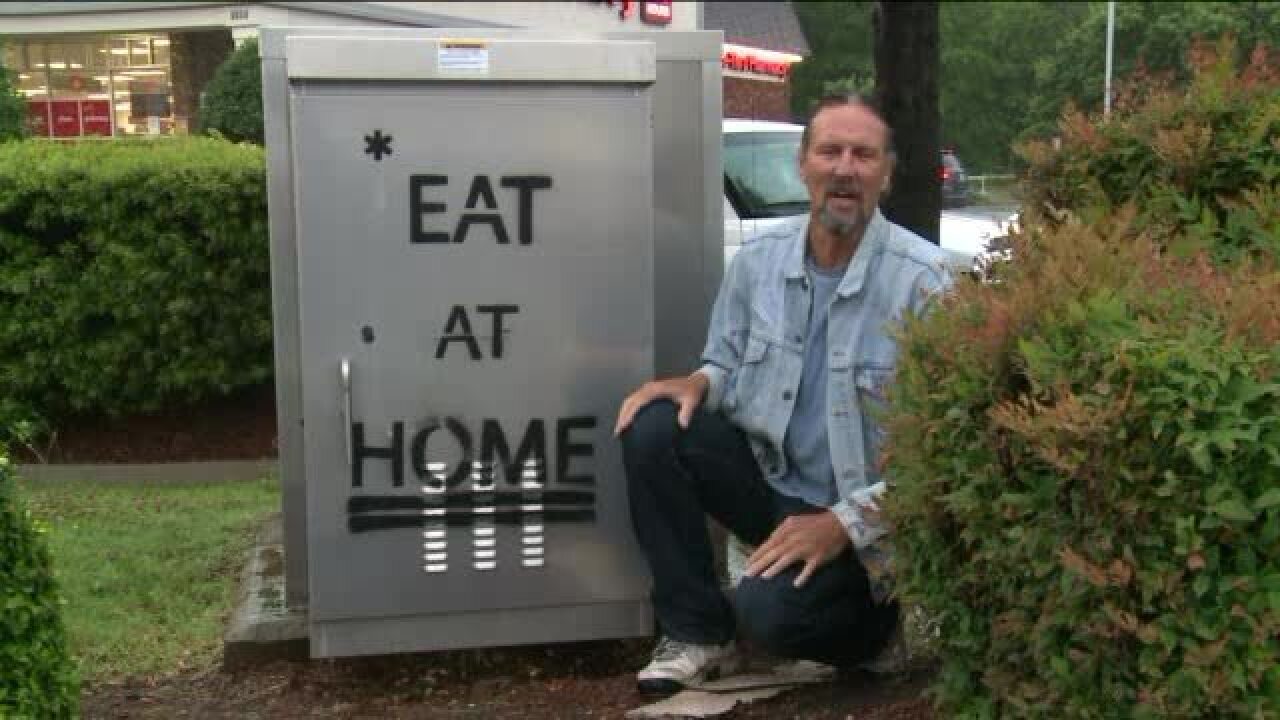 RICHMOND, Va. (WTVR) -- Have you seen the “Eat At Home” stickers and spray-paint stencils on signs and buildings?

You can see them in Soho, New York. And at the metro in Washington DC.

And  over the Richmond area, from Laburnum Avenue in eastern Henrico to the Fan to Broad Street downtown.

Usually with an asterisk in the upper left corner.

You would think there would be a social media trail a mile wide, but there isn’t.

You can find a popular  “Eat At Home” cooking Facebook site, but that’s probably not it.

And there’s a local young personal chef who uses that phrase, but that’s not it.

It could be anything. “Eat at Home” is a Paul and Linda McCartney song, but that can’t be it.

An underground grocers movement? Probably not, although they’ll tell you eating at home saves you more than half each meal.

More likely it’s part of the local food movement – “locavores” - a growing national movement in which  people eat food grown within a 20- or 100-mile radius of their homes.

Local Farm to Family guru Mark Lilly put “Eat at Home” on his colorful bus several years ago. He’s not behind the stickers and spray paint, but he’s a total believer.

“My whole mantra has been ‘eat at home,’” he said. “Having family meals and talking around the table, cooking better, eating better.”

The movement is spreading around the country, Lilly said, with more people having home and even apartment gardens, community gardens, and more people committed to supporting local farmers and organically grown foods.

My guess the origin of the stickers and painted messages  will soon become apparent. The asterisk may prove important.