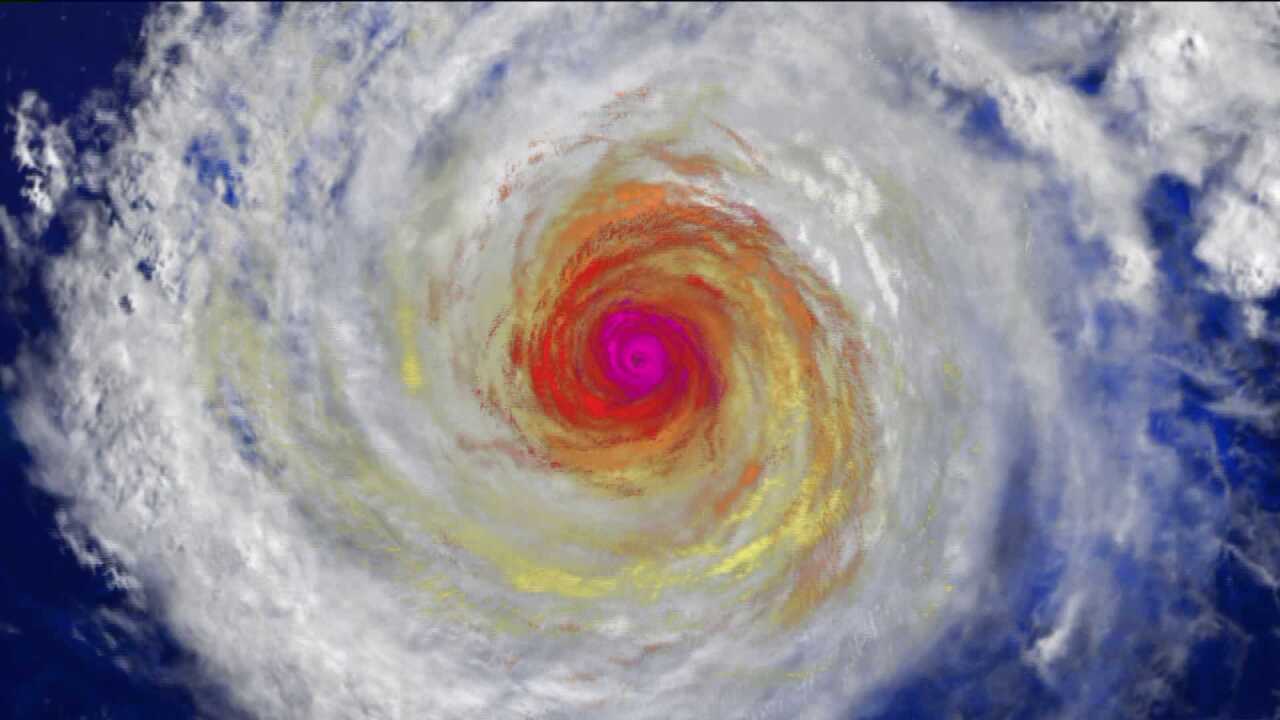 RICHMOND, Va. (WTVR) -- Tropical Storm Andrea, a destructive storm causing trouble in Florida, started off as a small storm out in the ocean surrounded by the right conditions.

All the warm water below that small storm causes moist air to rise, triggering thunderstorms.  From there, winds at all levels come together, creating a circular motion of clouds.

“As long as that continues to happen and nothing else does, it actually keeps allowing the storm to grow,” CBS 6 Storm Team Meteorologist Mike Stone said.

Stone says it grows from a tropical depression to a tropical storm and can eventually become a hurricane after reaching speeds of 74 miles per hour. That only occurs if the storm is left uninterrupted by other factors.

“They either hit colder ocean water; they go over land, so their source of that warm fuel is gone; or, they hit winds from different levels,” Stone said.

However, if the storm does survive, we can feel the worst of it in Central Virginia, no matter where it strikes along the coast.

Thomas Goulding, the owner of Rosie Connolly's Pub, recalls Hurricane Gaston in August of 2004. It made landfall in South Carolina, but flooded Shockoe Bottom.

“It was terrible. Everything was just gone inside there,” Goulding said.

Gaston followed the trends of other hurricanes affecting Virginia, primarily in August and September.

"You have June, July and the beginning of August, months of the sun just baking the ocean water near the tropics. So, the warmer that water gets, the easier it is for hurricanes to develop,” Stone said.

Stay with CBS 6 News and WTVR.com for complete coverage of Tropical Storm Andrea.