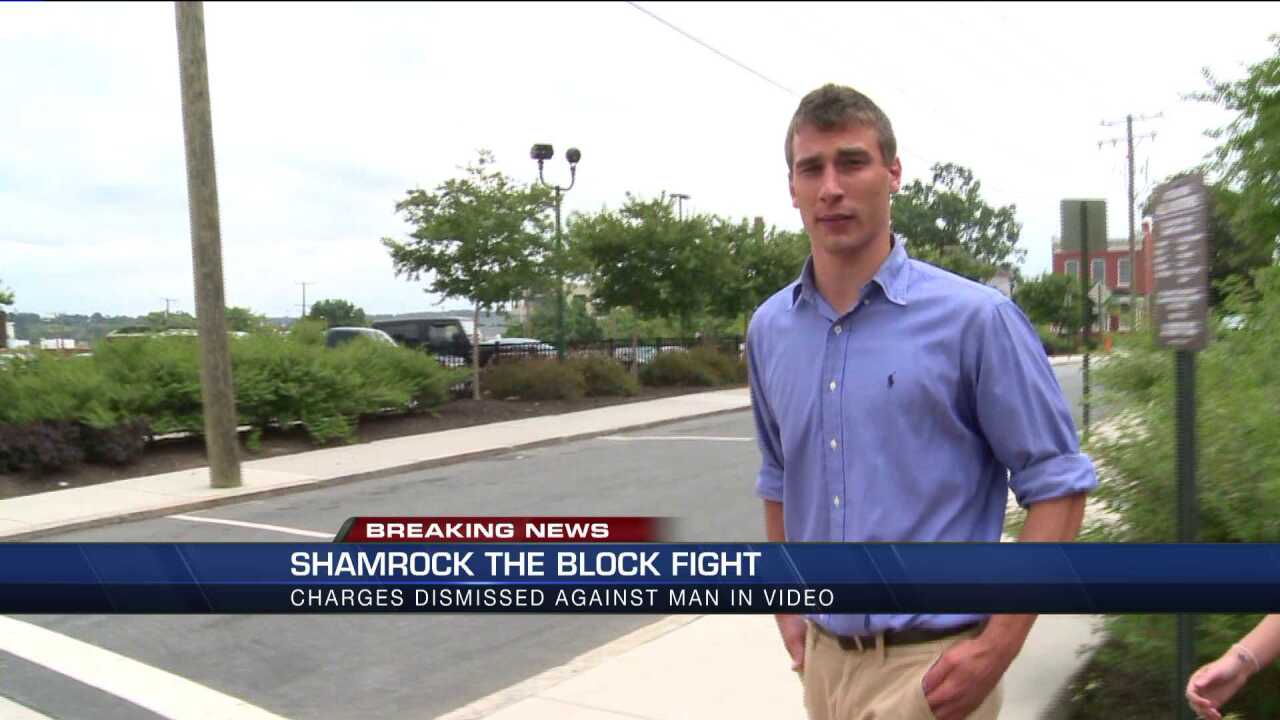 RICHMOND, Va. (WTVR) -- A Richmond judge has thrown out charges filed against a man stemming from a videotaped confrontation with police during March's “Shamrock the Block” festival in Shockoe Bottom.

Jason Dotson, 22, was charged with obstruction of justice and being drunk in public after he tried to intervene while police arrested his twin brother. Video of the confrontation was posted on YouTube and viewed more than 175,000 times.

In tossing out the case, Richmond Judge Eugene Cheek said the officer's action, as seen in the video, brought into question the officer's credibility.  Dotson's attorney argued his client had the right to resist an "unlawful arrest."

"It is an age old law that goes back to the founding of the Commonwealth. A person has the right to resist and unlawful arrest and there was no lawful reason to put the officer's hands on him in that fashion," John Rockecharlie, Dotson's Attorney, told CBS 6.

Rockecharlie argued the arrest was unlawful because his client simply wanted to question the officer before the altercation occurred, arguing his first amendment rights allow for that.

Rockecharlie also claimed the officer did not provide enough warning time for Dotson to back away before the physical take down occurred.

The drunk in public charge was dismissed because police never issued Dotson a breathalyzer test. In court, Dotson said he begged the police to give him one. He said he  only had one drink that day and he was acting as the designated driver.

Richmond Police Department spokesman Gene Lepley said the department would not make a comment on the ruling.

The arresting officer, R.E. Davidson, testified in court that Dotson had touched him first, justifying the reaction and exchange.

However that part of the video was not captured on video tape, which hurt his argument.

Questions swirled after the trial as to whether Dotson would sue the Richmond Police Department.

"I have no comment on that I have no idea what his plans are for the future," Rockecharlie said.

Dotson told CBS 6 reporter Joe St. George before the trial he was "nervous" and that afterwards he felt "relieved."