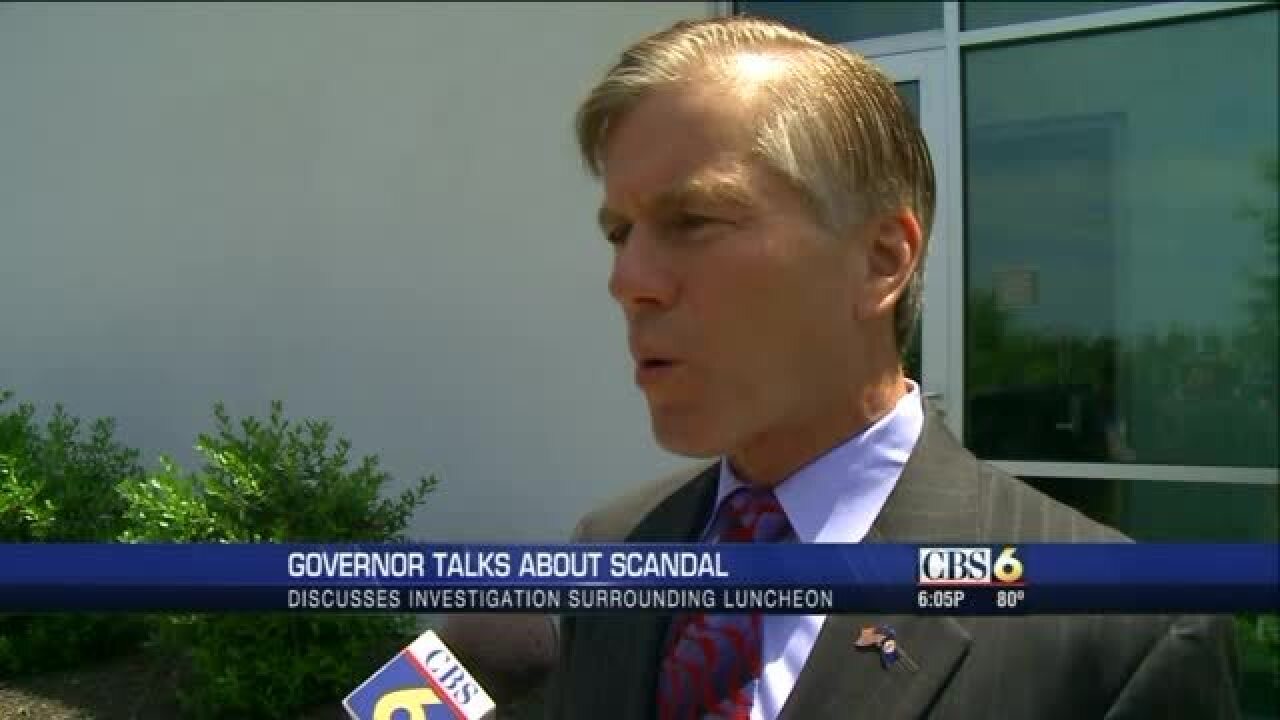 RICHMOND, Va. (WTVR) -- Virginia Governor Bob McDonnell said the Washington Post "completely misread" emails obtained from his staff in reference to an event held at the governor's mansion for a company owned by a major campaign donor who is now under federal investigation.

The Washington Post obtained the emails through a Freedom of Information Act request.

The 2011 event, organized by the staff of First Lady Maureen McDonnell, featured a new dietary supplement made by Henrico-based Star Scientific.

"We had a small event that was designed for a Virginia company to be available to give grants to two medical research universities in Virginia," Governor McDonnell said Wednesday. "That's why I went. I made an appearance for about 45 minutes."

The Post reported newly-released emails show at least one of McDonnell's aides raised concerns over the event. The emails show the Governor's Communications Director Tucker Martin questioned whether Governor McDonnell should attend.

“I don’t understand this? we are doing an event with them?” Martin wrote in an email to Maureen McDonnell's chief of staff.

“Are we sure we can do something like this?” Martin asked in a second email.

Three months before the event, Star Scientific CEO Jonnie Williams gave the McDonnells a $15,000 gift to pay for catering at the Governor's daughter's wedding.

"We released FIOAs (Freedom of Information Act) and people can read into what they might," Gov. McDonnell said Wednesday. "I can't say that was an accurate article."

Williams, according to the Washington Post, is being investigated by the Securities and Exchange Commission. The Post reported the FBI has interviewed McDonnell for the investigation.

The Governor said neither Williams nor his company has received special treatment.

As CBS 6 has reported, McDonnell's wife was paid $36,000 dollars to consult a charity arm of the United Company, a major coal company in Virginia.

Under Virginia law, it is legal is for the First Lady of Virginia to earn income however if she makes more than $10,000 dollars it must be reported on the Governor's financial disclosure.

While McDonnell did disclose his wife as a trustee at the company, he did not list her salary.

"I had understood she was a member of the board. and we are looking into that now and if she wasn't then I will make a correction," McDonnell said.